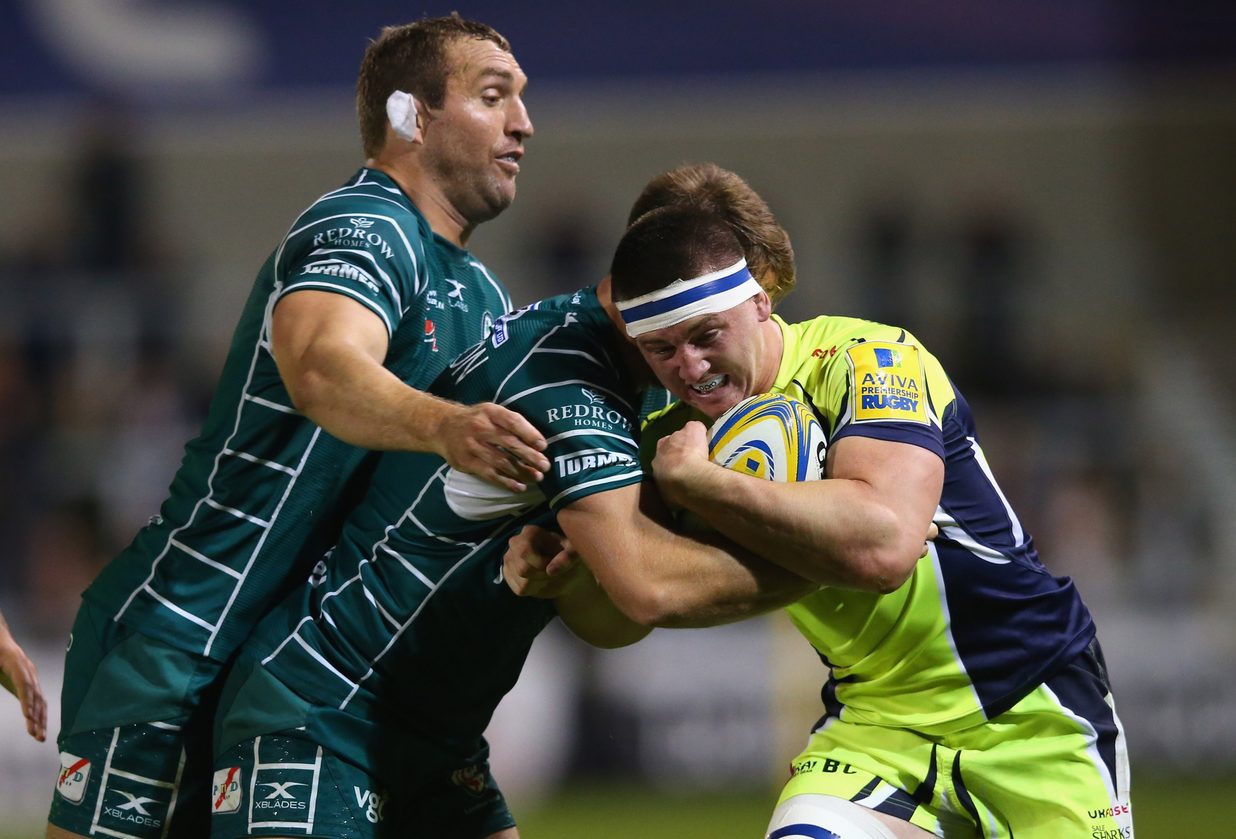 London Irish were defeated 36-7 at the hands of Sale Sharks in the Aviva Premiership on Friday, Steve Diamond’s men running in five tries to seal a bonus point triumph.

The Exiles left themselves too much to do in the second half, with Sale taking a commanding 24-0 lead into the break. Irish’s solitary score came in the shape of a penalty try 15 minutes from time, but the night belonged to Sale.

Irish now turn their attentions to next Sunday’s home fixture against Northampton Saints as top-flight rugby makes a welcome return to the Madejski Stadium.

After Sale’s AJ MacGinty edged Sale in front with a ninth minute penalty, Ross Harrison got the try scoring underway on 14 minutes. A driving lineout was the catalyst for the score, Harrison adding the final touches to the converted try.

Four minutes later, Irish were undone for the second time in quick succession as Denny Solomona took Faf De Klerk’s neat pass on the angle to scoot in under the posts. MacGinty’s conversion put Sale in the ascendancy at 17-0.

Irish responded in positive fashion, Ben Franks leading the charge towards Sale’s try line with the visitors enjoying a period of sustained pressure. However, Irish were hit on the counter as Solomona pounced on a loose ball to race the length of the pitch. MacGinty’s two points increased the Sharks’ advantage to 24-0 going into the interval.

The Exiles came out for the second period immediately on the front foot, looking for a way back into the match. Standing firm in defence, Sale foiled the ingenuity of fly-half James Marshall who was showing signs of breaking the hosts’ defensive resolve.

Irish were unable to capitalise on their territorial advantage and they were made to pay on 56 minutes when former Wigan Warriors wing Josh Charnley scythed in for a try. Charnley’s try came as Irish were reduced to 14-men, Blair Cowan shown a yellow card for bringing down a maul close to his own try line.

On his return from the sin-bin, Irish bagged some points of their own by virtue of a penalty try as referee Wayne Barnes lost his patience with the Sale heavies. Halani Aulika was sin-binned for his troubles.

Looking to close the gap further, Irish’s hopes of some form of a revival were dashed when Cowan was shown the red card for an altercation at the breakdown.

Sale made the most of the extra man and rounded off the scoring with nine minutes left on the clock through centre Max Jennings who bounced off three Irish defenders on his way to the line. MacGinty’s subsequent conversion glanced off the outside of the post, but it paled into insignificance as Sale chalked up their first win of the season.

London Irish’s next home games are against Northampton Saints on Sunday 24 September and Leicester Tigers on Saturday 7 October. Adult tickets from £23 and U13s from £3 from www.lidirect.co.uk  or call 0118 968 1016.