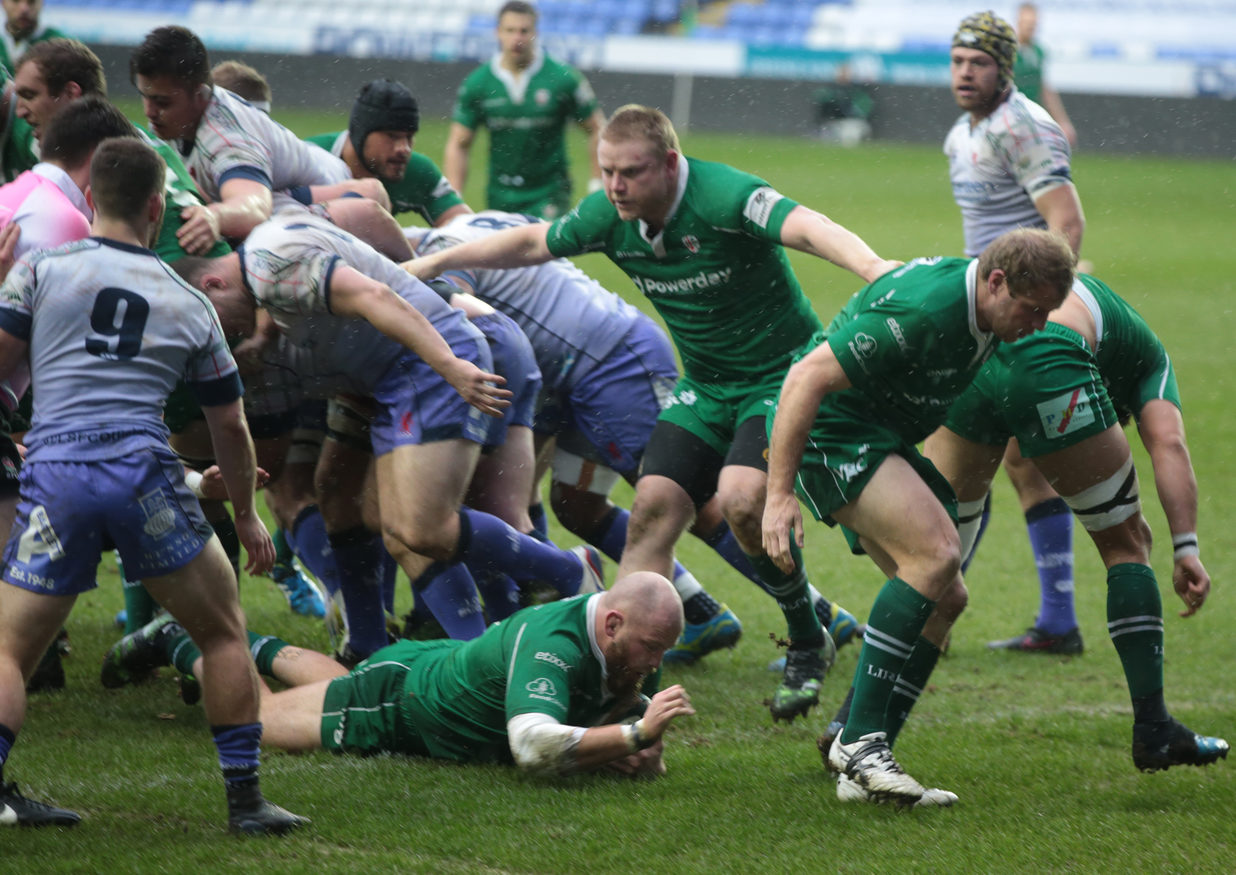 London Irish made it 15 league wins on the bounce with a 29-20 bonus-point victory over London Scottish to book their place in the end of season play-offs.

Irish came out of the blocks in emphatic fashion, crossing as early as the third minute courtesy of Franks. Gathering clean ball at the lineout five metres from the visitors’ line, the ball was spun infield to the double World Cup-winning All Black, who used his brute strength to touchdown from close-range. Tonks was unable to add the extras.

Scottish took the lead midway through the first period, Pete Lydon’s penalty double giving Irish much to ponder in turgid conditions in Berkshire. However, Irish were soon back in the ascendancy on 24 minutes when former England hooker David Paice burrowed his way over from the back of a dominant rolling maul. Tonks’ conversion made it 12-6 to the hosts.

With half-time looming, the Richmond-based club, who have given good accounts of themselves in recent weeks, were reduced to 14-men when Lydon was yellow-carded for infringing at the ruck. From the subsequent penalty, a series of carries ensued with the impressive Franks proving his worth to the team by producing a carbon-copy of his first score. Tonks slotted home the conversion to extend Irish’s lead to 19-6 going into the break.

Scottish came out for the second half with renewed vigour, and on 49 minutes they closed the gap to 19-13, Auguy Slowik pouncing on a neat chip over the top to score under the posts. Ifereimi Boladau, Scottish’s giant number-eight was the catalyst for the score with his 40-metre burst through the heart of the hosts’ defensive line to get his side within inches of the whitewash. Lydon’s simple conversion cut the gap to 19-13 with half-an-hour still to play.

Pete Richards’ men were made to rue this missed opportunity as Johnny Williams finished off a slick backline move to dot down in the corner on 55 minutes. Purposeful carries from fly-half James Marshall and winger Ben Ransom provided the space for Williams to score.

26-13 down, Scottish set-up a tense finale as Dave Cherry bulldozed his way over from a driving lineout for converted try. And with Luke Narraway yellow-carded for an altercation at the breakdown five minutes from time, there was real hope in Scottish’s ranks that they might come away with the win. However, Irish killed the game off thanks to a Tonks penalty in the last minute to ensure the league leaders kept their unbeaten run intact.