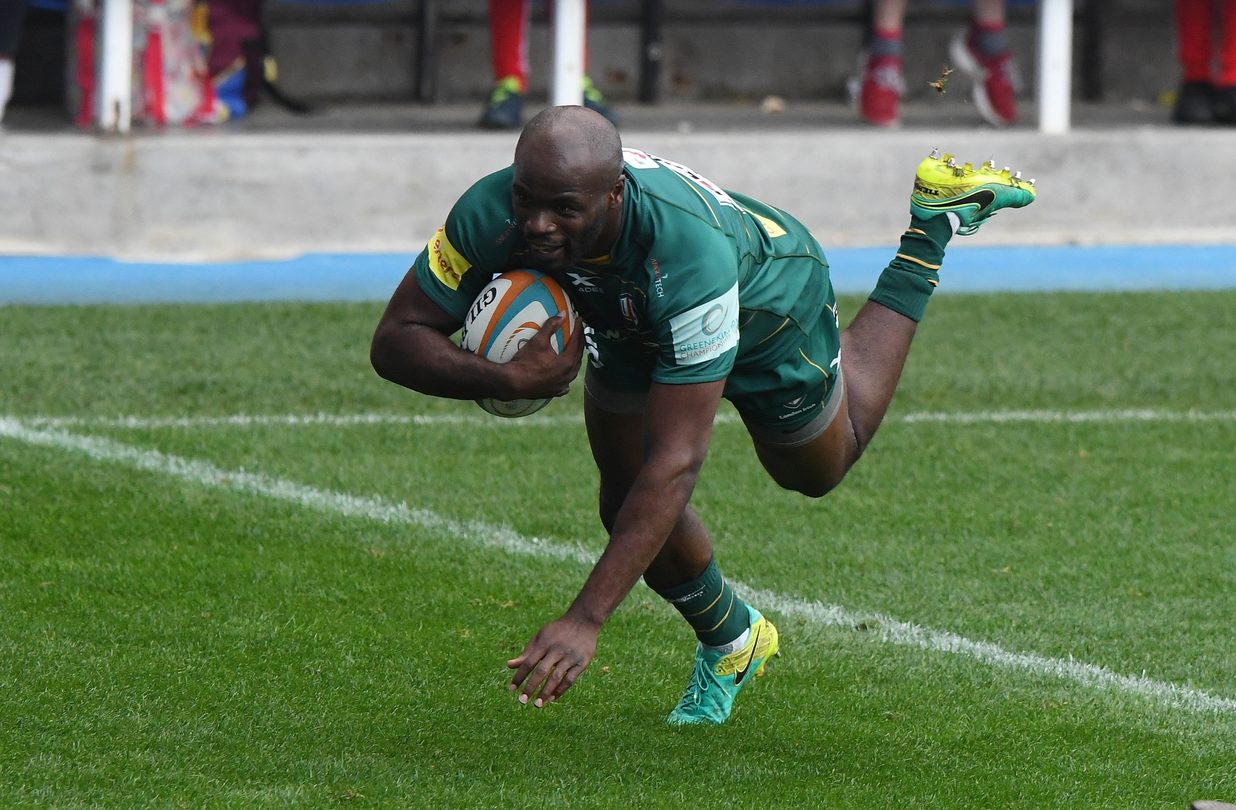 Ojo, who joins Exiles stalwart David Paice on 290 appearances, dotted down in trademark fashion to cap off an emphatic display for Declan Kidney’s men. The former England winger will now be eying up a place on the team bus for next week’s trip to Doncaster Knights as he gets set to become the Exiles’ most capped player of all time.

Irish ran in 12 tries to underline their title credentials, Ollie Hoskins bagging himself a hat-trick on his 50 th outing for the club to add further gloss to the day.

Ben Meehan, who was a late replacement for the injured Stephen Myler, opened the scoring on eight minutes. Scrum-half Brendan McKibbin was the catalyst for the score, piercing Carnegie’s defensive line with a 20 metre break to get the Exiles on the front foot before the ball was moved wide to Meehan who stretched over.

Irish doubled their tally of tries five minutes later when referee John Meredith awarded a penalty try as the Irish heavies turned the screw with a driving lineout five metres from the visitors’ line. Carnegie were dealt a double blow as second-row Will Britton was yellow carded for his role in conceding the seven points and Irish led 12-0.

Enjoying a rich vein of form in the green jersey of late, Tom Parton registered try number three on 23 minutes. Parton, who represented England Under-20s at this year’s junior World Cup, was assisted by Brendan Macken to squeeze in at the corner and round off a clinical Exiles attack. Meehan was unable to add the extras from the touchline, but Irish were in the ascendancy at 17-0.

Irish sealed the try bonus-point on 32 minutes, debutant hooker Motu Matu’u dotting down from the back of a dominant rolling maul to put Kidney’s troops in cruise control. The Samoan international looked a threat throughout the contest and his try was the perfect way to introduce himself to the Exiles faithful.

While the plaudits were coming Ojo’s way, Hoskins was in the thick of the action, scoring the first of his three tries on the stroke of half-time. Again, the Exiles pack wheeled a driving lineout towards the try line and Hoskins emerged from a heap of bodies having touched down.

Irish made a blistering start to the second period, Parton bagging his brace on 45 minutes thanks to an exquisite offload from USA international Bryce Campbell. Meehan missed the touchline conversion, with Irish now 36-0 in front.

It was seventh heaven for Irish on 54 minutes as Hoskins went over for his second try of the afternoon. Meehan converted to increase his side’s lead to 43-0 and just short of the hour mark Barney Maddison got in on the act, crashing over from close range to get Irish over 50 points.

Moments later Ojo gave the crowd exactly what they came to see as they gave the one clubman a tremendous standing ovation. Meehan nailed the touchline conversion to make it 62-0. Centre Fergus Mulchrone and hooker Saia Fainga’a both came off the bench to add further scores and increase Irish’s lead to 72-0.

With the last play of the game, Carnegie No. 9 JB Bruzullier caught Irish’s defence napping to scoot in for a consolation try. However, the day belonged to Irish who now prepare for next week’s trip to Doncaster.