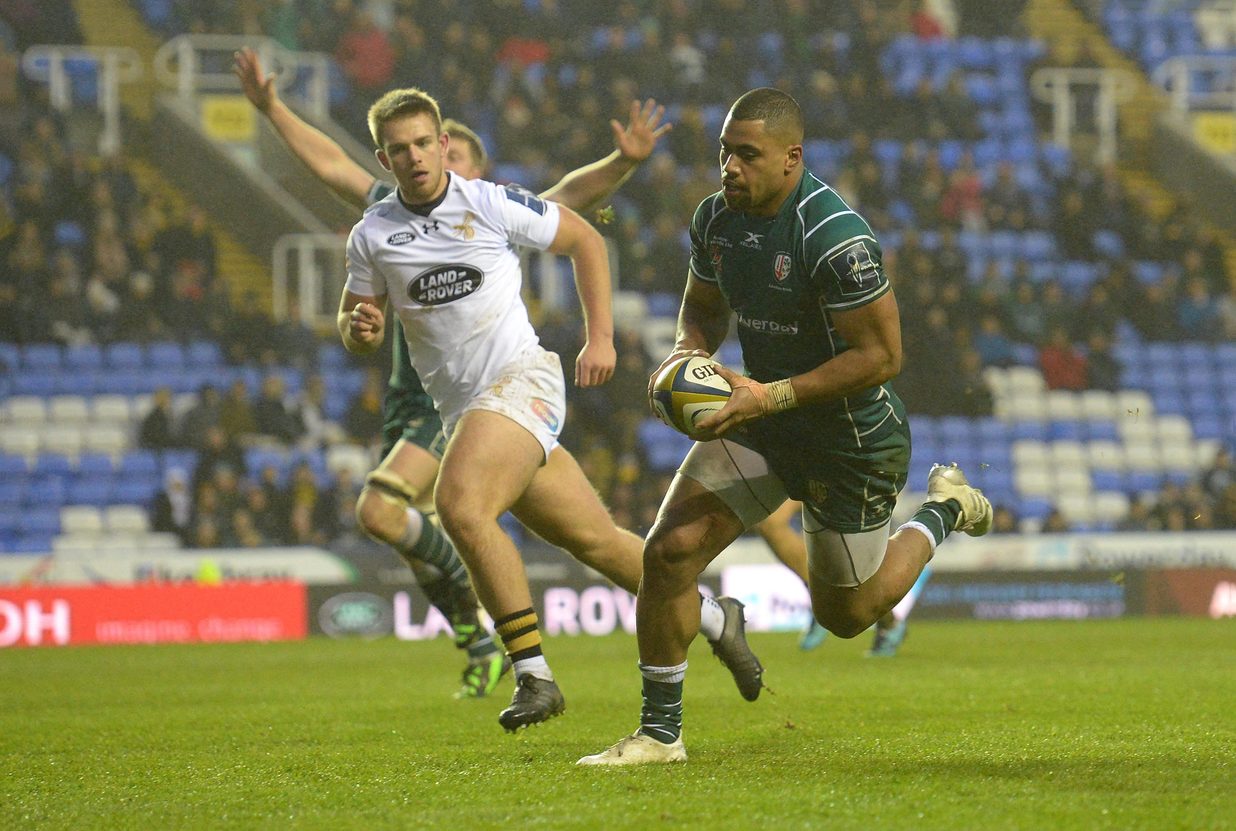 London Irish made it three wins on the spin with a 66-7 bonus point victory over Wasps in the Anglo-Welsh Cup as Blair Cowan made his 100th appearance for the club.

Irish ran in 10 tries including a hat-trick from Joe Cokanasiga, as thoughts now turn to next Friday’s Anglo-Welsh Cup trip to Cardiff Blues.

Securing the try bonus point as early as the 34th minute by virtue of Ollie Hoskins’ score, Irish were in scintillating fettle throughout the contest.

The Exiles were off the mark as early as the second minute, new recruit Arno Botha’s neat pass to Alex Lewington on the blindside providing the speedy wing with a clear run to the line. Botha, who made the switch to Irish from the Blue Bulls along with Piet van Zyl earlier this month, was in fine form on his debut and his exquisite offload was a sign of things to come.

Irish doubled their tally on 22 minutes when Scott Steele sniped his way to the line after a period of sustained pressure. Clean ball at the lineout five metres from Wasps’ try line set the platform for an attacking opportunity, with Steele touching down on the back of a string of industrious ball carries. Marshall added the extras to increase Irish’s advantage to 12-0.

Four minutes later, Wasps underlined their attacking credentials with full-back Nick Foster rounding off a sweeping move in the far corner. Excellent work from centres Sam Spink and Brendan Macken unleashed Foster to the line, with Umaga’s subsequent conversion cutting the gap to 12-7.

From the restart the home crowd were immediately in full voice when a slick backline move gave Cokanasiga a 30 metre sprint to the line for the first of his three tries.

Hoskins then ensured maximum points on 34 minutes, the Aussie backing up Theo Brophy Clews’ line break to cross the whitewash for a converted score. Brophy Clews was at the heart of everything good about Irish’s display and was the deserving recipient of the man of the match award. Irish racked up try number five on the stroke of half-time, Marshall taking a pass from Franco van der Merwe to touch down in the corner and add to his growing tally for the afternoon.

The opening exchanges of the second period lacked the fluidity of the first, but Irish were back in the scoring groove on 56 minutes when hooker Saia Fainga’a crashed over from a driving lineout.

While Botha was making an impression in the back row, fellow debutant Piet van Zyl wasted no time in introducing himself to the Exiles faithful by celebrating a try under the posts. Agile handling in the Exiles’ ranks opened up Wasps’ defensive line to give the Springbok international a clear dash to the line. Marshall’s simple conversion made it 47-7.

Irish continued to grow in confidence and on 73 minutes Cokanasiga bagged his brace for the day, taking an inch perfect pass from van Zyl to get his side over the 50 point mark.

Leading 52-7, the day got even better for Irish when Aseli Tikoirotuma’s explosive run yielded try number nine, with Cokanasiga snapping up his hat-trick in the last minute to end the game 66-7.