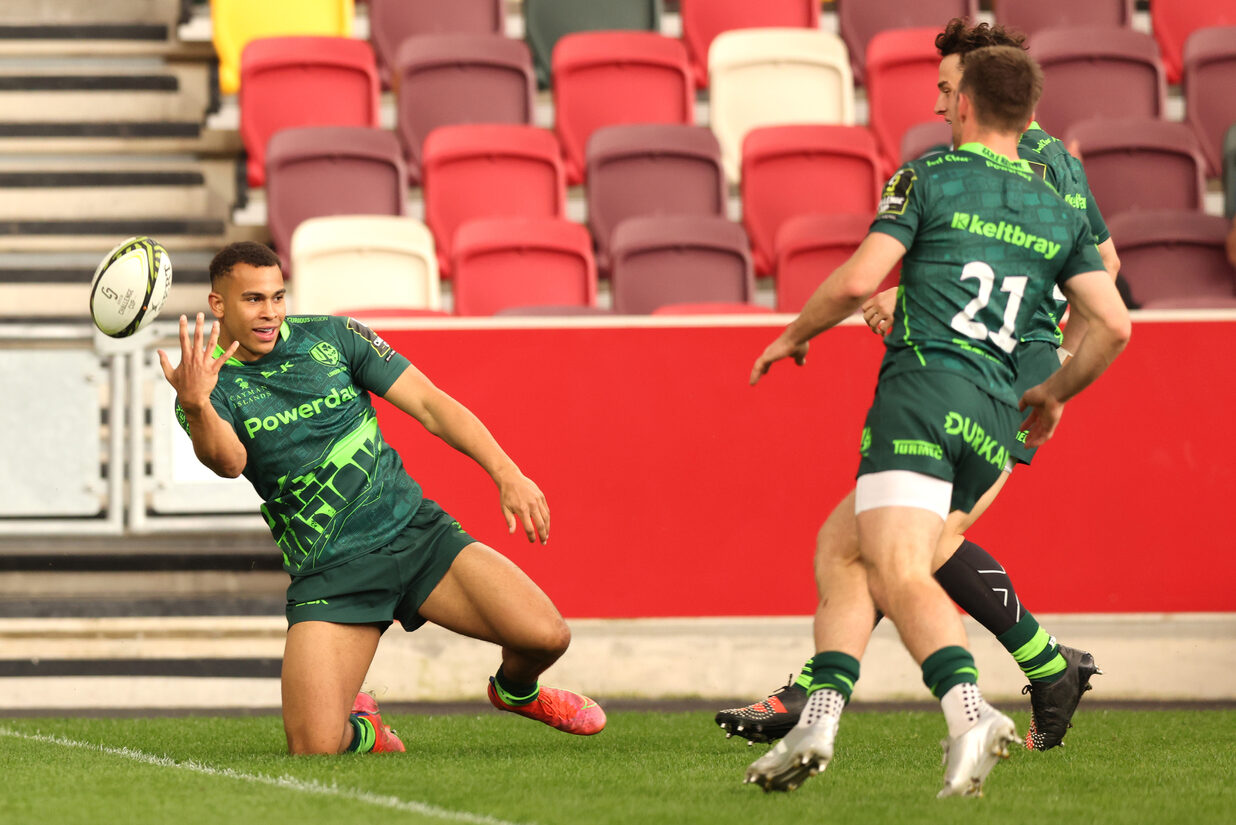 London Irish cruised through to the EPCR Challenge Cup quarter-finals for the second year running with an emphatic 64-27 victory over Top 14 outfit Castres Olympique.

The Mighty Exiles ran in 10, yes 10, tries on the afternoon, ascending to a near insurmountable 40-3 half-time lead with tries from Agustín Creevy (2), Curtis Rona, Tom Pearson, Juan Martín González and Kyle Rowe.

As daunting as the task that faced Castres was, the French side put in a creditable challenge against Irish with three tries in the third quarter to pose a question of Declan Kidney’s men.

The reply was no less explosive as Matt Rogerson, Will Joseph, Matt Cornish and Benhard Janse van Rensburg sealed their side’s progression to the final eight.

Irish’s try-scoring machine Agustín Creevy broke the deadlock with a little over five minutes gone as the hosts pestered away at Castres through deep lineouts.

The hooker would have to wait to snipe over in the following phases to send Irish into the lead with his third of the EPCR Challenge Cup campaign, Paddy Jackson adding the extras.

The Exiles were in good form early on, defensively stealing two lineouts whilst chip and chases were the order of the day from the diverting backs, enabling the Boys in Green’s progression up the park on more than one occasion.

A second score was in touching distance for Declan Kidney’s men and they achieved it in some style, with forwards playing a pivotal role in a flowing move.

Creevy’s one-handed dispatch set the Exiles away out wide, with Juan Martín González pinning his ears back to charge forward ferociously, eventually offloading to the grateful Curtis Rona to touch down unopposed.

Former resident of TW2 Ben Botica got the Olympians on the scoreboard with a well-struck penalty from the 10-metre line, but Irish were unmagnanimous in their play this evening and were back for more.

Only Gloucester had scored more tries from lineouts in this season’s Challenge Cup pre-match, but Irish were over for their 11th this term via none other than Agustín Creevy as Jackson added his second conversion of the affair.

When pressure eventually arrived at Irish’s door, two monumental efforts at the scrum continued the trend of a dominant set-piece for Irish.

Tom Pearson bagged the fourth for his side to create even more distance between the teams, handing off an opponent and passing out the backdoor in one phase to retrieve the ball from the ruck and score in the next.

González was in on the action before the break with an orchestrated move off the lineout, flanking Castres down the blindside and combining with compatriot Creevy to dot down as Jackson added the touchline extras.

Irish did not hesitate to add even more as the clock approached the red, Kyle Rowe the finisher of an electric breakaway originating around the team’s own 22.

Playing along the back line, Jackson’s feed to Rona forced the Australian to improvise, and the centre did just that by going through his legs to Tom Parton who set Rowe away for another connatural searing run to the whitewash.

With Irish having breached the 40 mark by the interval, Castres made a dent of their own in the scoreboard as Rory Kockott peeled off a lineout drive to bundle over.

After five minutes of action at the scrum, youngster Théo Chabouni was in for Castres’ second after being on the receiving end of Botica’s cross-field kick.

In less than 20 minutes of the second period the visitors scored their third as replacement Santiago Arata spotted a gap in the Irish back line to score, Botica reducing arrears even more as the deficit stood at 16.

In what was becoming an apparent game of two halves, Botica added another three to take it to a two-score game but crucially the momentum was stunted with the yellow carding of try-scorer Chabouni after a deliberate knock-on.

Replacement Matt Rogerson sealed the game nonetheless through the resultant rolling maul from a lineout, the captain bagging Irish’s first score of a difficult second-half as Jackson’s conversion struck the upright.

From one finisher to the next, it was another substitute who truly finished the tie off with a crowning cameo from Will Joseph, racing away from Irish’s 22 and scoring immaculately.

Joseph and fellow Academy star Henry Arundell played more than a hand in the next score, coming inches away from the try line but the ball had to be recycled to Matt Cornish for the penultimate try.

Benhard Janse van Rensburg sealed a perfect ten tries for Irish amidst a flurry of points, collecting a loose ball from the touchline to race away in a clear passage to the goal area to cap off a stunning afternoon in west London.