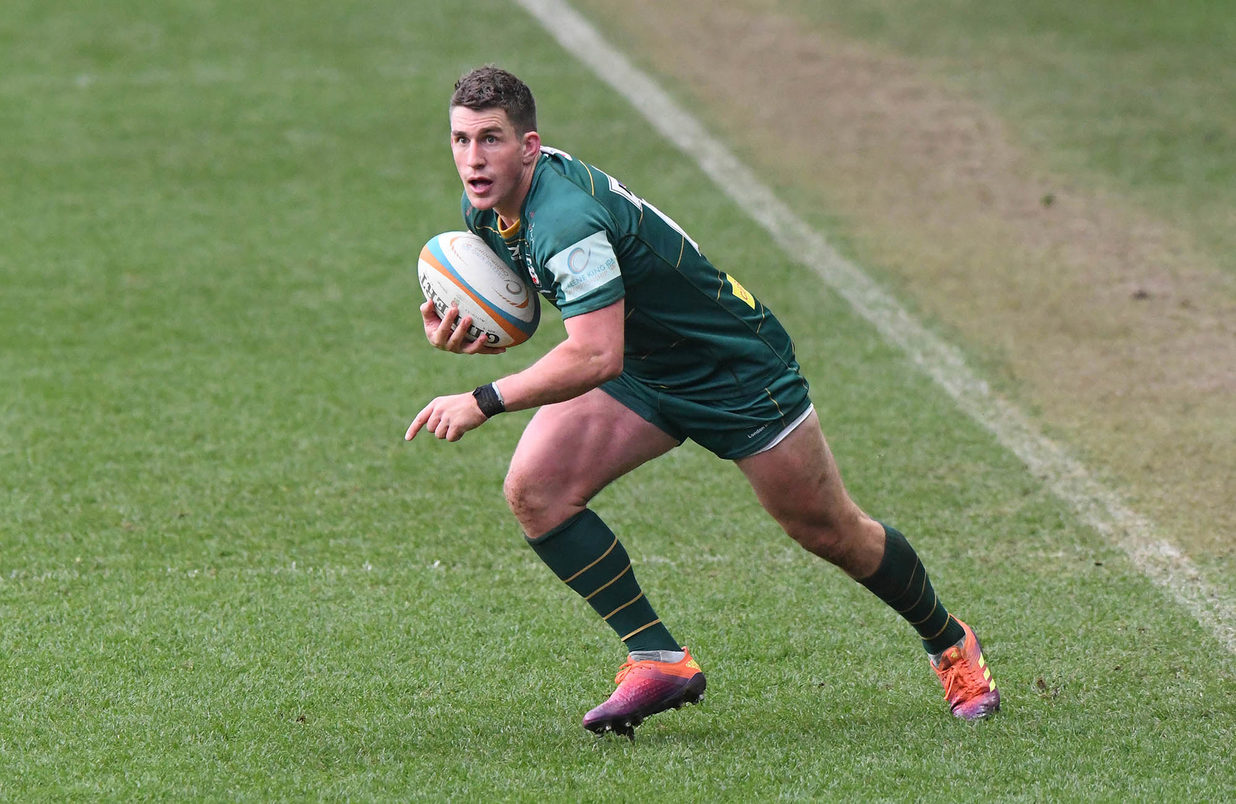 London Irish ran in eight tries on their way to a bonus-point victory over London Scottish in Round 16 of the Greene King IPA Championship.

It took just 3 minutes for Irish to open the scoring at the Madejski Stadium. Michael van Vuuren, fresh from signing on a short-term loan, broke the Scottish defence to sprint 35 metres and burst into the visitor’s 22. Irish went through the phases, sucking in the rushing defenders, before going wide and crashing over the line in the form of Ollie Hoskins. Fly-half Ian Keatley added the extras from out wide to move the score to 7-0.

On 11 minutes, flanker Albert Tuisue was shown a yellow card by referee Greg MacDonald after the Fijian international was deemed to have slowed down play illegally in a try scoring opportunity for the visitors.

Only two minutes later, Scottish made use of the extra man and got their first try of the match - Charlie Ingall benefitting at the end of an overlap to slide over. Rory Jennings nailed the conversion from the touchline to make the score 7-7.

Irish battled against the odds with 14 men and were actually the next team to score, thanks to the impressive Keatley. With 22 minutes on the clock, captain Josh McNally charged down a kick, gathered the ball and travelled 30 metres before throwing a looping pass into the arms of Keatley, who glided over the line. Keatley’s conversion was successful and the score stood at 14-7.

As Tuisue returned to the pitch, the home side turned on the pressure. On 29 minutes, Hoskins grabbed his second try of the match after a moment of creativity from Keatley. The Irishman skipped through a gap in the London Scottish defence before executing a long, looping pass to Ben Loader. The youngster recycled the ball and the rushing defenders couldn’t stop Hoskins from close range. Keatley popped the conversion over and moved the score to 21-7.

Irish went in search of a bonus-point try before the half-time whistle and got it on 37 minutes. Number 8 Matt Rogerson forced his way over the line after benefiting from a quick-footed break from Brendan McKibbin. Keatley added the conversion on the stroke of half-time to leave Irish leading 28-7 at the break.

The Exiles started the quicker of the two teams, with McKibbin being held up over the line just three minutes into the second half.

However, they didn’t have to wait long for the next score. Rogerson controlled the ball well at the back of a dominant Irish scrum before pouncing as they rolled over the Scottish try line. Keatley’s conversion slid just wide, but Irish led 33-7 with 45 minutes gone.

It took only 10 more minutes for Irish to find another score, this time in the form of debutant van Vuuren. The hooker manipulated the ball to the back of a rolling maul and crashed over in the corner. Keatley struck another confident conversion to move the score to 40-7 in Irish’s favour.

Not happy with just one score on his debut, van Vuuren grabbed another on 64 minutes after cleverly splitting from a rolling maul, at a crucial moment, to catch the defence by surprise and scrambled over. Keatley was again on hand to add the extras and moved Irish’s lead to 47-7.

Credit to the determined London Scottish outfit as they didn’t give up. On 69 minutes they were rewarded for their efforts when a clever cross field kick fell into the arms of winger Miles Mantella to dot down. Jennings added the conversion from the touchline to reduce the deficit to 47-14.

Just moments later, Irish hit back through replacement winger Ollie Hassell-Collins. The exciting winger got on the end of some slick passes to dive over in the corner and extend the lead to 52-14. Keatley’s conversion missed to the left as the clock showed six minutes to go.

Replacement fly-half Jacob Atkins showed his creativity as he used his quick feet to evade the Scottish tacklers and sprint 35 metres. However, the visitor’s defensive line recovered and turned the ball over.

As the game edged toward the full-time whistle, the visitors intercepted a looping pass and ran in the final try of the match. Ingall’s second try of the match and a good conversion from Jennings left the scoreline at 52-21 to London Irish.

The final whistle rang around the Madejski Stadium and London Irish ran out deserved bonus-point winners over London Scottish.