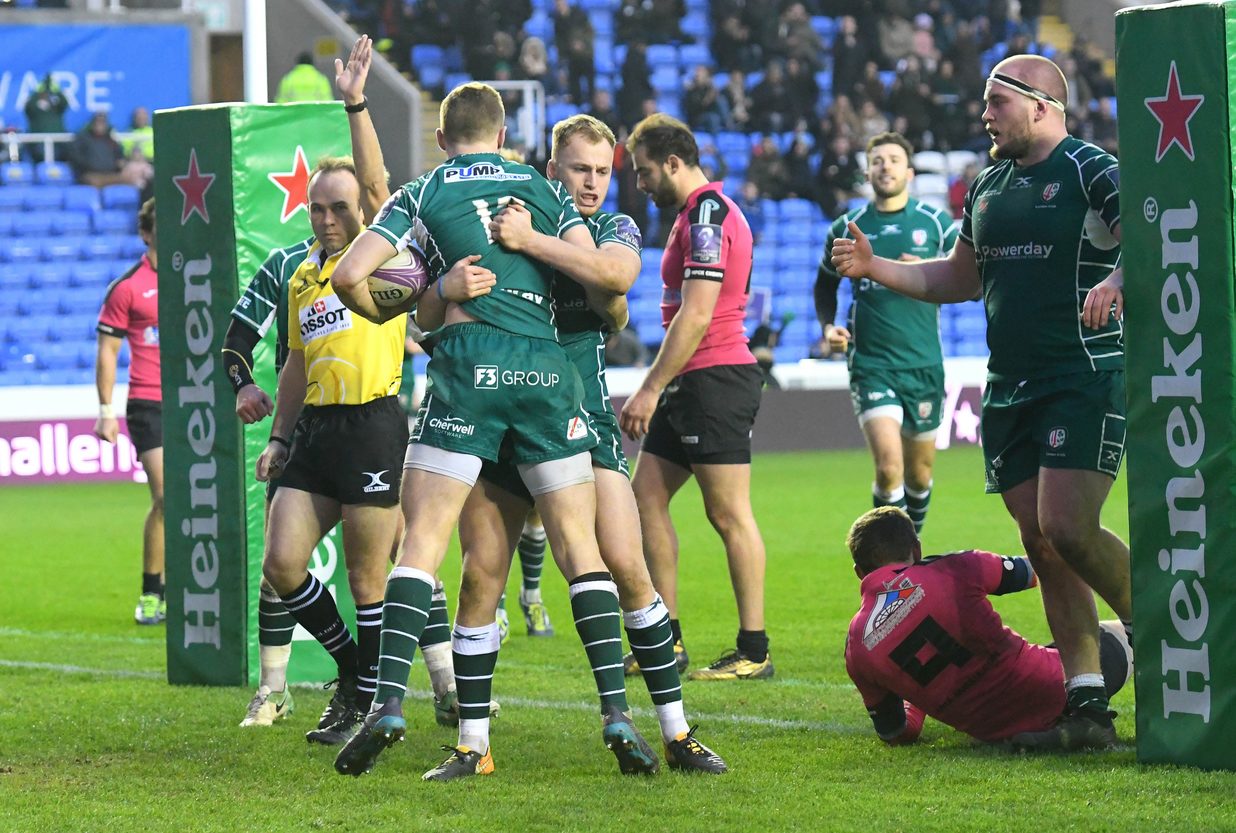 A Theo Brophy Clews inspired display ensured London Irish got that winning feeling again as they ran out 47-17 winners against Russian outfit Krasny Yar in Round 5 of the European Rugby Challenge Cup.

The academy graduate was in scintillating form, scoring four tries in 20 minutes to earn the Heineken Man of the Match Award and a morale-boosting triumph for Nick Kennedy’s men ahead of the return fixture in Georgia next weekend.

Krasny made Irish work for the win and took the lead after just eight minutes through Giorgi Pruidze, who took advantage of some indecision in the Exiles’ backline to score. Lasha Malaguradze added the extras to give the Russians the early advantage at 7-0.

Not deterred by the early set-back, Irish responded in emphatic fashion three minutes later when Loader touched down in the corner. Loader, who was one of five Exiles to be called up to the England Under-20 squad last week, showed his opposite wing a clean pair of heels to latch onto his own chip-kick to touchdown for his first senior try for the club. Tommy Bell, on his return to first team affairs, converted to level the score.

It was nip and tuck for much of the first half with both sides looking to seize the initiative, Krasny to their credit enjoying the lion's share of territory. A Malaguradze penalty four minutes before the break gave Krasny a deserved 10-7 lead at the interval.

Nick Kennedy’s men came out for the second period determined to improve on their first half showing, and on 54 minutes Brophy Clews scored the first of his four tries to get the home crowd on their feet. After good ball at the lineout inside Krasny’s 22, Irish worked through the phases before the ball was flung infield to centre Brophy Clews who scooted in under the posts. Bell’s simple conversion made it 17-7.

10 minutes later it was try number two for the former Abingdon School pupil as he took an excellent offload from Cokanasiga to race clear. Jacob Atkins took over the kicking duties to convert.

21-10 in front, Irish turned on the style with Chawatama getting in on the act to touchdown on the back of a dominant rolling maul for the try bonus point. Chawatama’s 30 metre dash set Irish on their way into Krasny’s half in the build-up to the score.

On 69 minutes it was hat-trick time for Brophy Clews who pooped up on the wing to scythe in for Irish’s fifth try of the contest. Replacement wing Cokanasiga added further gloss to the scoreline when he bulldozed his way through a flurry of defenders to score in the corner with just under 10 minutes to play. Then Brophy Clews rounded off the scoring five minutes from time, breaking clear from the base of a scrum to dot down.

Sunia Latu grabbed a consolation for Krasny in the dying embers of the game, but the day belonged to Irish.