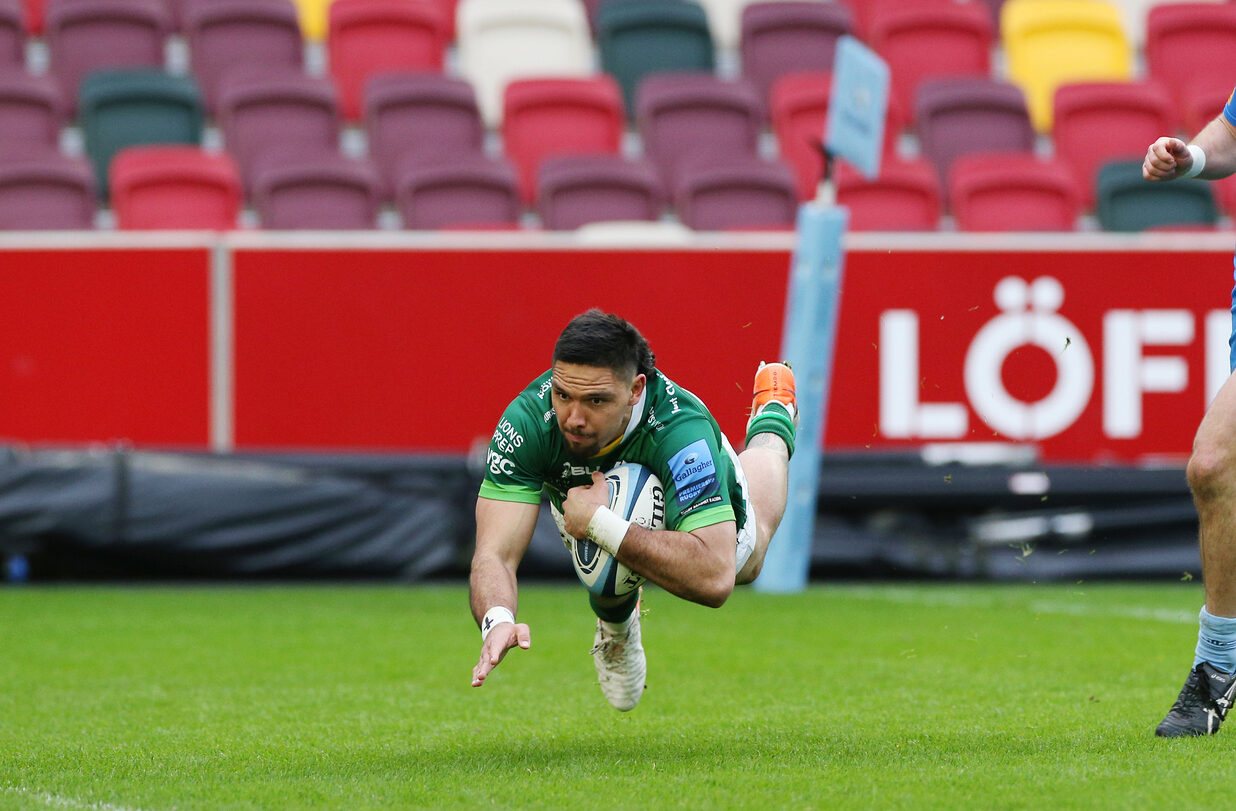 London Irish secured their first four home-game winning streak in the Premiership since 2011 and cantered to a seven-try, 43-12 victory over Worcester Warriors at the Brentford Community Stadium this afternoon.

In a first-half adorned in South American flair, three of Irish’s Argentine contingent, Augustín Creevy, Lucio Cinti and Juan Martín González, brought the home side to within a try bonus point and handed the Exiles a 17-5 lead.

With Noel Heward crossing before half-time, Creevy bagged not only his brace of tries but also Irish’s bonus-point after the break.

Irish’s spritely backs Curtis Rona, Paddy Jackson and Ben White added scores of their own to see out the remainder of the comfortable triumph for Declan Kidney’s men.

With Irish penalised for offside, Warriors missed a gilt-edged chance to get themselves in front early on from Billy Searle’s penalty, with the out-half dragging his close-ranged kick wide.

The early exchanges saw little in the way of running rugby, it was none other than Augustín Creevy to break the deadlock with a pick-and-go from short range for his tenth try of the Premiership campaign, Paddy Jackson failing to convert.

Sean O’Brien got over the ball excellently in and around the five metre line to prevent Worcester from levelling soon after resumption of play, with the visitors having mounted some dangerous attacking play.

A collapsing of the scrum was only the beginning of Irish pressure towards their second score of the afternoon, with Christian Judge sent to the bin for Worcester as the Exiles naturally elected for more coercion at the set-piece.

Lucio Cinti crossed out wide to take the Irish haul into double figures, but Nick Phipps’ pass to Jackson out of the scrum will steal the headlines- a no-look, behind the back offload to lay the platform for the Irishman to spread it to the winger for his novel Irish five-pointer.

Despite Searle’s glimmers of his running threat in midfield, he couldn’t add his own points from the tee as he missed his second kick, this time from just shy of the 10-metre line.

There was absolutely no stopping Juan Martín González from getting in on the act to complete the Argentine try-umverate in the opening forty, peeling off a lineout deep into Worcester territory to power through multiple blue bodies and over the whitewash.

Noah Heward made sure it wasn’t a whitewash for the travelling party going into the interval with a neat finish, but the extras couldn’t be added by Searle.

An 11th Premiership try for Creevy beckoned in the first two minutes of the second period, again burrowing over to set the tone for Irish with Jackson adding two more points.

Benhard van Rensburg proved Irish were once again effective on both sides of the ball, stifling a Worcester side on the bounce back from the try with a jackal turnover.

Duhan van der Werwe had his game cut short when an aggressive hand-off on Kyle Rowe was adjudged by referee Jack Makepeace to be considered dangerous play.

Irish made the most of their opponents’ lack of a full complement and were in again, Curtis Rona finding James Stokes whose electric pace breached into the opposing 22 before feeding the centre to score.

Diligent work on the ground from Phipps ensured the ball wasn’t out of possession of the Exiles for long, and after play was once again brought back for a penalty the ball was spread out to Jackson to saunter over, converting his own try.

With Irish statistically the highest scoring side in the final quarter in the league with 21 tries this season, they looked to add to their extraordinary tally and punish Worcester after a 15 minute dry spell with replacement Ben White diving over from close range.

Heward chipped in with another deft try with five minutes remaining, acrobatically diving over in the corner with replacement Fin Smith registering his first points of the contest with a conversion.

Warriors were determined to regain as much pride from the occasion as possible with phase after phase of action, but Irish’s typical industry at the breakdown saw the conclusion of the affair.