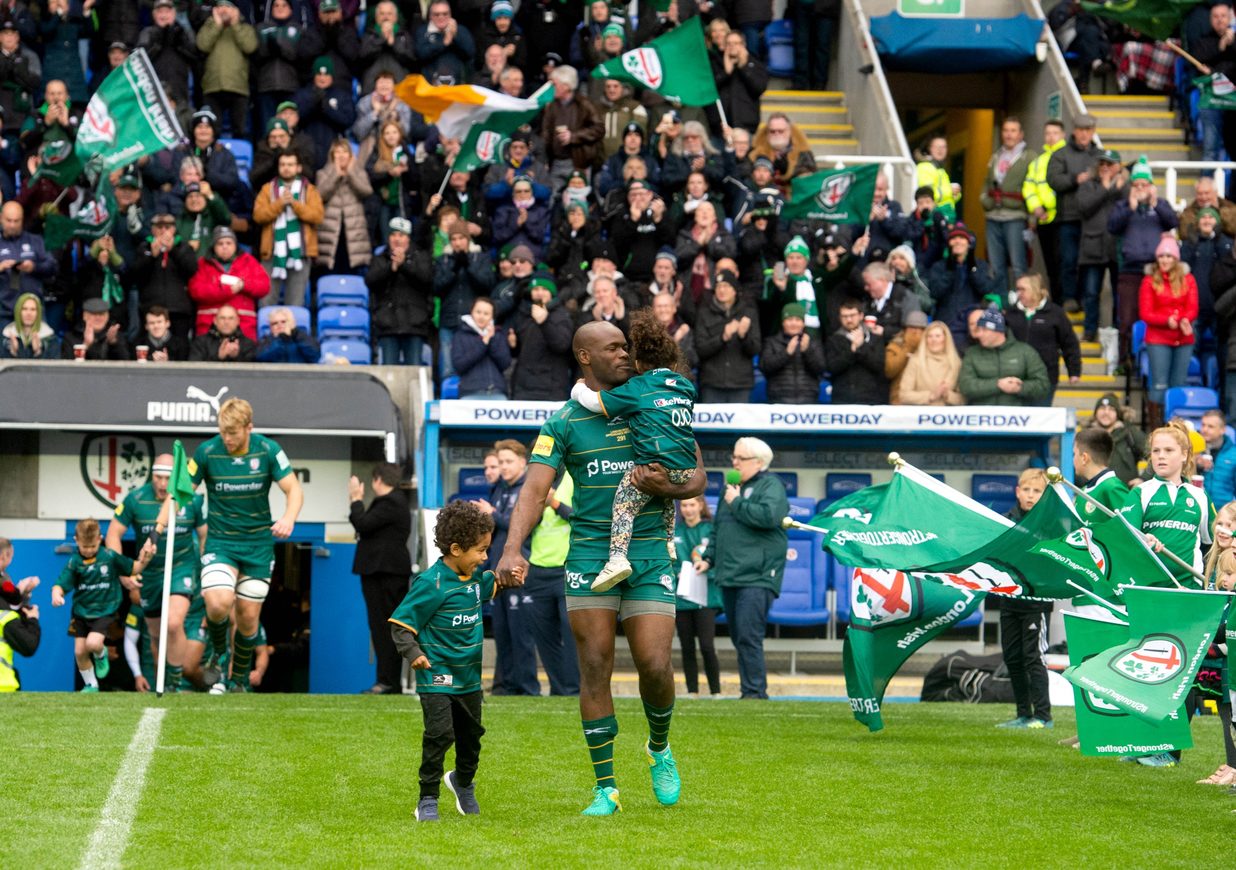 London Irish surged to the top of the Greene King IPA Championship table with a 38-29 bonus-point victory over Cornish Pirates at the Madejski Stadium.

On a day when Topsy Ojo broke the appearance record, ironically it was the forwards who grabbed the limelight as they set the platform for a hard-fought win.

The Exiles powered their way to the line on six occasions, Teofilo Paulo, Ollie Hassell-Collins, Danny Hobbs-Awoyemi, Brendan McKibbin and a brace from skipper Josh McNally doing the damage.

Irish went ahead five minutes into the contest through McNally, the second-row registering the first of his two scores with a neat finish on the back of a driving lineout. The Exiles profited from the driving lineout numerous time during the course of the afternoon, the set-piece continuing to be Irish’s lethal weapon in their arsenal.

A Will Cargill penalty reduced the deficit moments later, but back came Irish with Paulo dotting down in the corner on 18 minutes to extend his side’s lead to 12-3.

With the score poised at 12-8, Irish chalked up their third try of the afternoon on 26 minutes courtesy of debutant Ollie Hassell-Collins. The London Irish academy product collected an unselfish Brendan Macken offload to cross in the corner and demonstrate what the next generation of Exiles has to offer.

Irish secured the try bonus-point on 33 minutes, a dominant rolling maul presenting Hobbs-Awoyemi with the opportunity to flop over the line. Meehan converted to increase the margin to 26-8.

Declan Kidney’s troops started the second period brightly, with McKibbin using his momentum to cross under the posts. Lancastrian back-row Matt Rogerson was the catalyst, charging through the heart of Pirates’ backline, before feeding McKibbin on the inside, who shrugged off a string of defenders on his way to the line.

Not deterred by the early set-back, the Penzance outfit cut the gap to 33-15 on 50 minutes by virtue of a Kyle Moyle solo effort. The full-back left his opposite number Luke McLean in his wake as he scooted in at the corner. Cargill’s boot reduced the arrears to 33-15.

Midway through the second period referee Ian Tempest reduced the Exiles to 13 men, yellow-carding Bryce Campbell and Blair Cowan in quick succession. Sandwiched in between those dismissals, the visitors were awarded a penalty try, former Pirate Cowan give en his marching orders in the aftermath.

Pirates reduced the margin further on 72 minutes, the impressive Moyle doubling his tally of tries for the afternoon. Cargill added the extras to set up a frantic finish, with Irish holding a narrow 33-29 lead.

With last play of the game, McNally ensured maximum spoils for the men in green when the Exile heavies mauled their way to the line.