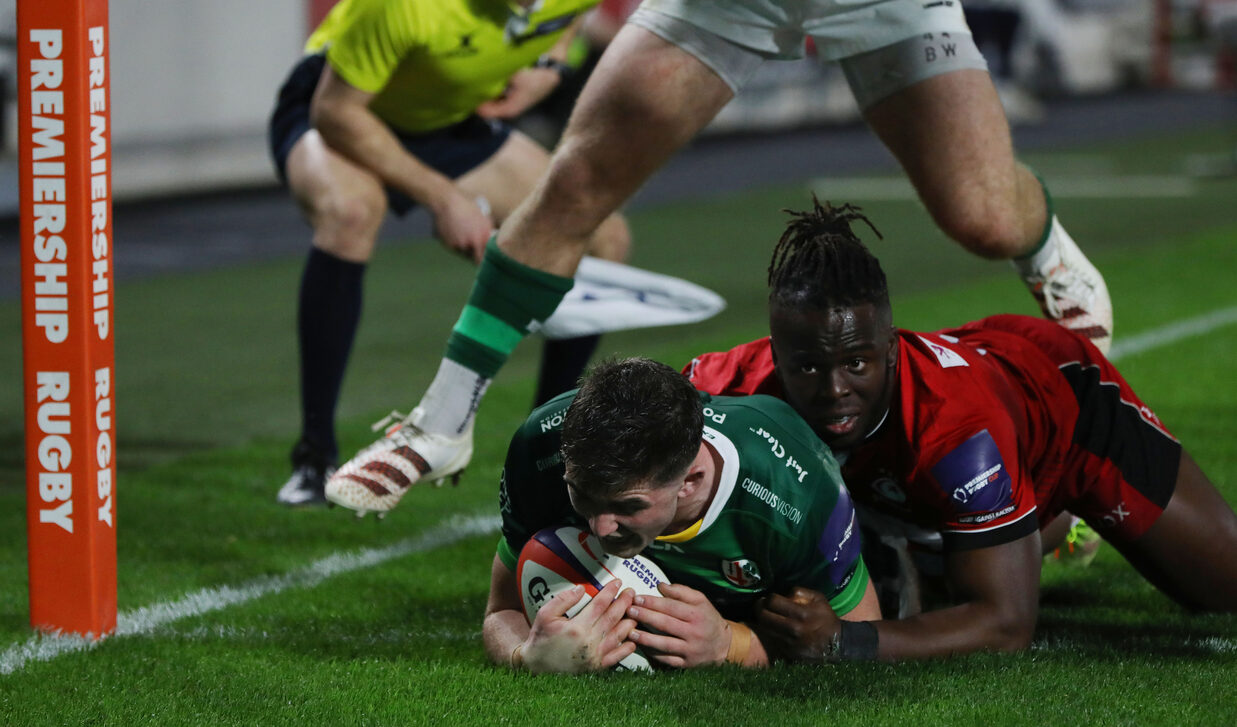 London Irish withstood another second-half fightback in the Premiership Rugby Cup to claim all five points available with a 29-20 win over London rivals Saracens.

In a similar pattern to their trip to the East Midlands, Irish set the tone with three tries in the first-half as Ollie Hassell-Collins, 50-cap man Terence Hepetema and Steve Mafi crossed for a 21-point lead at the interval.

Mark McCall’s side came out with a much more spirited showing after the break, Rotimi Segun and a brace from Ben Harris bringing the men in red back into it despite Cillian Redmond’s first for the club.

With Irish holding a slender six point advantage in the closing stages, a robust defensive shift enabled the score to remain unmoved before the ‘Ice Man’ Rory Jennings stepped up to put the game beyond the visitors and put Irish in a commanding lead of Pool 3.

With Saracens retaining much of the ball in the first ten minutes, strong tackling characterised the Exiles’ opening play; but the hosts nevertheless impressed when in possession with their quick ruck ball that saw them breach into the red zone.

Irish’s next entry into the ‘22 was made in the Irish Academy, with captain Matt Williams and Tom Pearson combining to release the latter with an irrepressible line break.

The pair’s work led to Williams held up just short of the line, but Ollie Hassell-Collins was on hand to pick up from the base of the ruck to dive over the whitewash to conclude a sensational breakaway.

Sarries’ full-back Elliott Obatoyinbo was sent to the bin following a deliberate knock-on, and the Boys in Green wasted no time in making their man advantage count with Terence Hepetema touching down in the phase after the resultant scrum on his 50th appearance for the club.

There was absolutely no stopping the determination of Declan Kidney’s side, as Steve Mafi added Irish’s third score with 30 minutes gone, smartly spotting a gap on the openside of a ruck on the five-metre line and dotting down with Rory Jennings adding his third conversion to boot.

The Tongan alongside Williams also excelled in their defensive duties, each forcing a turnover at the breakdown in Irish’s half before the opening forty minutes’ conclusion.

The second-half began in similar fashion to the first, with Saracens seeing a lot of ball in hand that this time Mark McCall’s men registered their first points- the ball was worked out to the wide left channel for Rotimi Segun to score on his own 50th appearance for the North London side.

Strong work from Irish’s pack earned the possession of the ball back at a Saracens put in from the scrum, and after several recycled phases, Irish had their bonus point try.

Henry Arundell was close to adding five points of his own on his competitive debut, but a neat offload to Cillian Redmond allowed the young Irish winger to score his first for Irish.

The visitors’ reply was nonetheless swift, as a floated ball from Manu Vunipola found its way to Ben Harris on the overlap to touch down uncontested in the corner, with the former’s touchline conversion good.

Debutant Brandon Jackson’s quick feet saw him bypass Irish’s defensive efforts and into a threatening position, but it was Harris elected once again to cross over on the corresponding left flank and bring his side to within nine points.

With Sarries firmly in the ascendancy, captain Andy Christie’s knock on at the whitewash delayed some momentum, but Vunipola knocked over three points once the penalty was brought back.

Rory Jennings’ own goal kick moments later achingly struck the upright, but hard work from Hepetema restored belief in the Brentford faithful to win the ball back when Sarries pushed into the 22.

Irish held onto the ball in the heart-racing conclusion to the affair, and with a minute left on the clock, Rory Jennings once again stepped forward to convert another clutch kick for the third successive week to distance the visitors from being within a converted score, again off the post, but in!