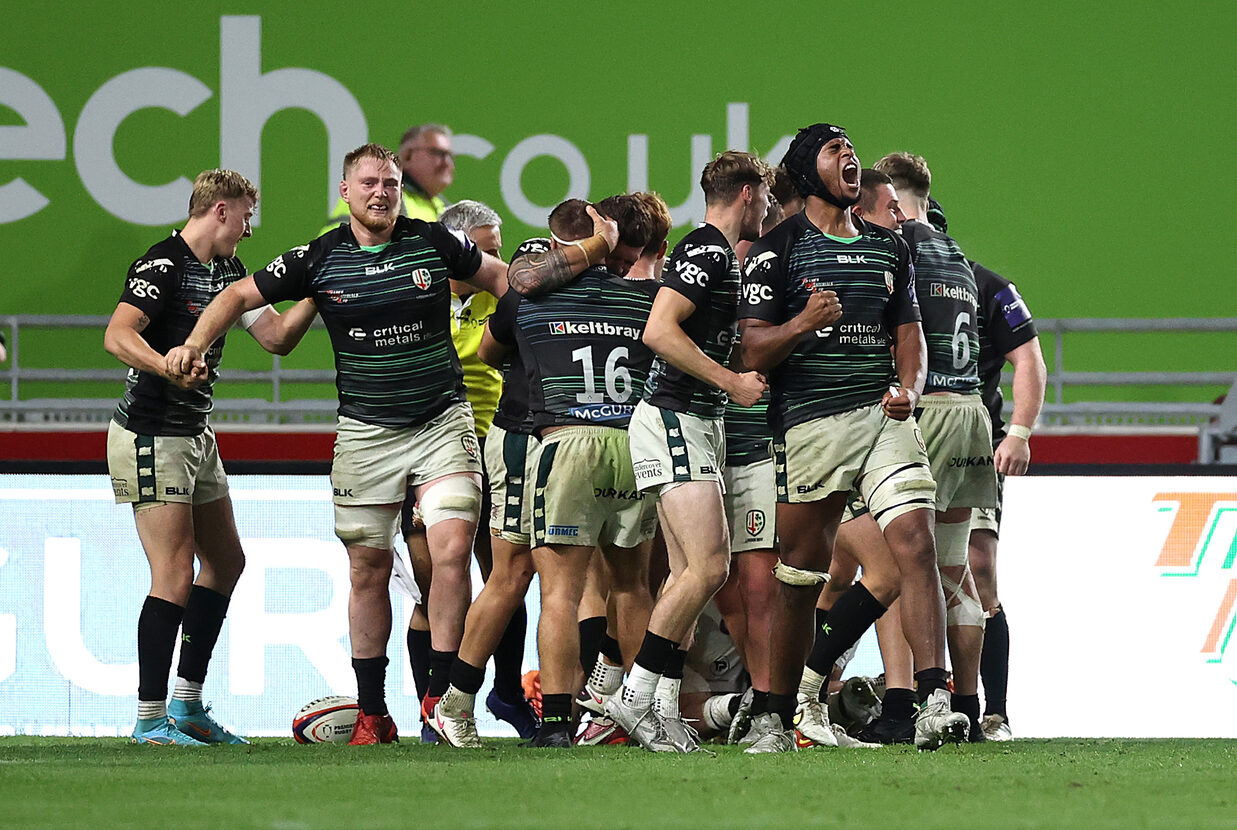 London Irish returned maximum points for the second successive week in the Premiership Rugby Cup, performing a memorable second-half turnaround to take the game by 28 points to 26 at the Gtech Community Stadium against Northampton Saints.

The Exiles were 19 points down at the interval, Sam Graham opening Northampton’s account with a James Ramm brace adding to the deficit.

Substitute Hallam Chapman inspired Irish’s fightback with a duo of tries of his own, taking Irish over the whitewash for the first time in the game before Logan Trotter pounced on an opportunity to bring the hosts within a score.

After excellent defence from Declan Kidney’s side, Saints own rearguard subsided when their opponents pushed to the line, and after persistent offences, referee Dan Jones awarded a penalty try for the west Londoners to bring another classic under the lights in Brentford to an end.

With both sides feeling each other out in the opening 10 minutes and Saints recording the higher penalty count, Irish’s first red zone entry via a Rory Jennings touch finder only resulted in a knock-on in later phases.

Ollie Sleightholme’s linebreak after being found in close quarters by James Grayson was halted by excellent tracking back from Logan Trotter, Luca Morisi fielding a loose pass to alleviate some pressure on Irish.

Courtnall Skosan looked to have taken Saints into the lead after taking in a Grayson kick from hand out wide, but was held up and brought back for an earlier knock-on in play.

Saints then bagged the first try of the contest via Sam Graham, the number eight powering over the try line after running a bustling line close to the whitewash, Grayson converting.

A high tackle from Northampton on Trotter gave Rory Jennings another opportunity to kick Irish further up the park and retain the ball, Hugh O’Sullivan passing off to forwards with one of the last being Tarek Haffar.

The prop’s impressive carrying throughout saw his contribution with the ball be his last, an awkward step capping his time on the field after Ben Atkins’ earlier substitution for Izzy Moore-Aiono. 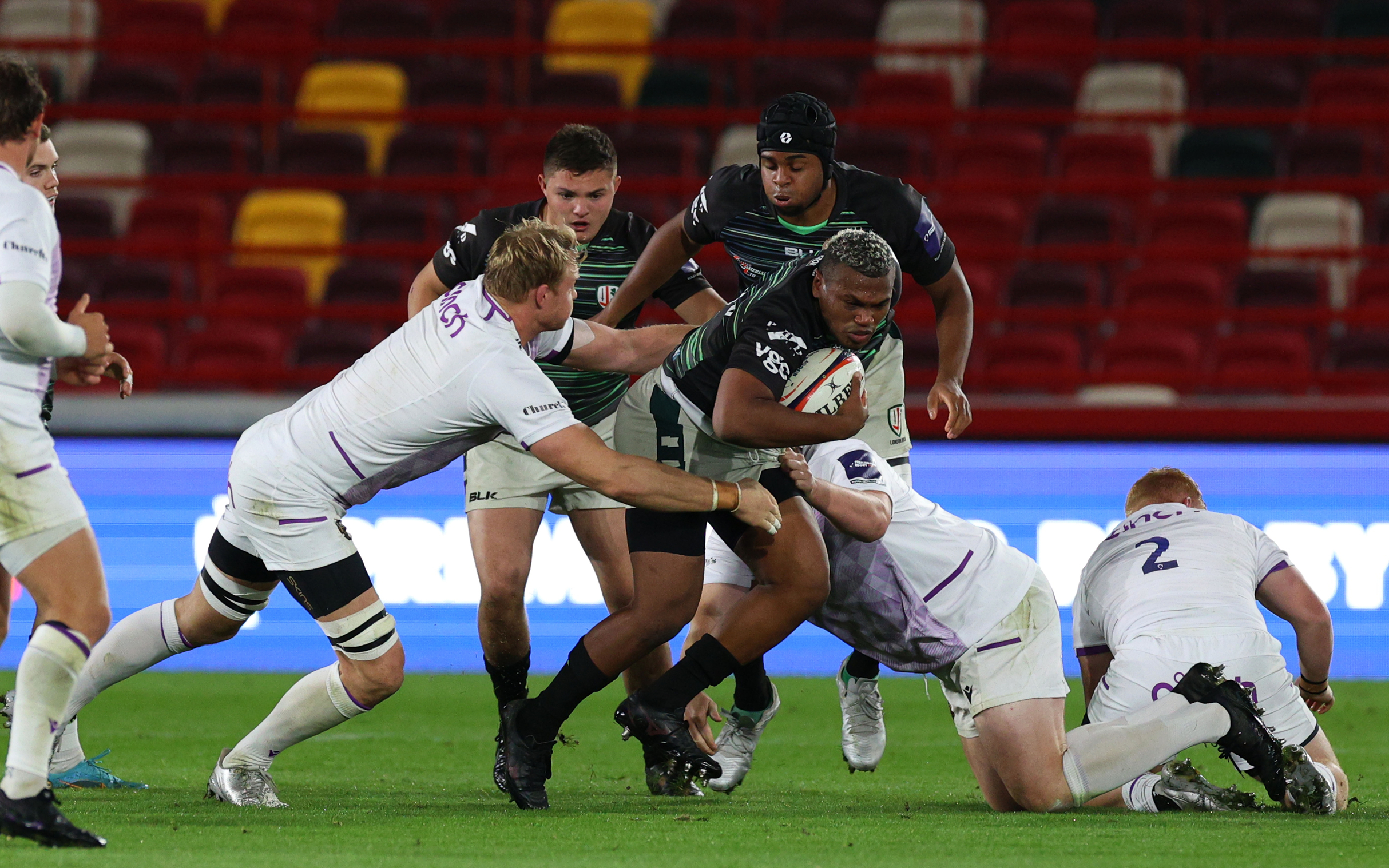 Initial strong carrying around the fringes progressed Northampton into Irish ground, when the ball was spread a smart touch from Sleightholme via his foot kept them in play before James Ramm’s run into the goal area.

Irish started to find some momentum after a Chunya Munga strip from the maul and subsequent metres made with ball in hand, but hopes of a foothold in the game were put on ice as Saints won a penalty at the breakdown.

Grayson’s 50:22 kick situated his side further forward, a later nudge to Sleightholme with a penalty advantage not locating the winger but Saints instead made it count after referee Dan Jones brought it back to a feed for the travelling team.

Callum Braley found his half-back partner Grayson off the back of a scrum, who then offloaded to Ramm to stretch out and take Northampton three tries to the good.

Sleightholme found his match once more in Trotter after racing away into space in the wide left channel, the new Scotsman taking the Saint into touch with half-time following shortly after.

Replacement Hallam Chapman’s strong carrying and handling in the second half were one of multiple signs of an Irish uptick, alongside quick hands and winning their first scrum penalty.

Boosted by their set-piece form, Irish elected for the put-in in front of the posts and it was Hallam Chapman whose quick thinking from a later penalty saw him hulk his way over for Irish’s first score. 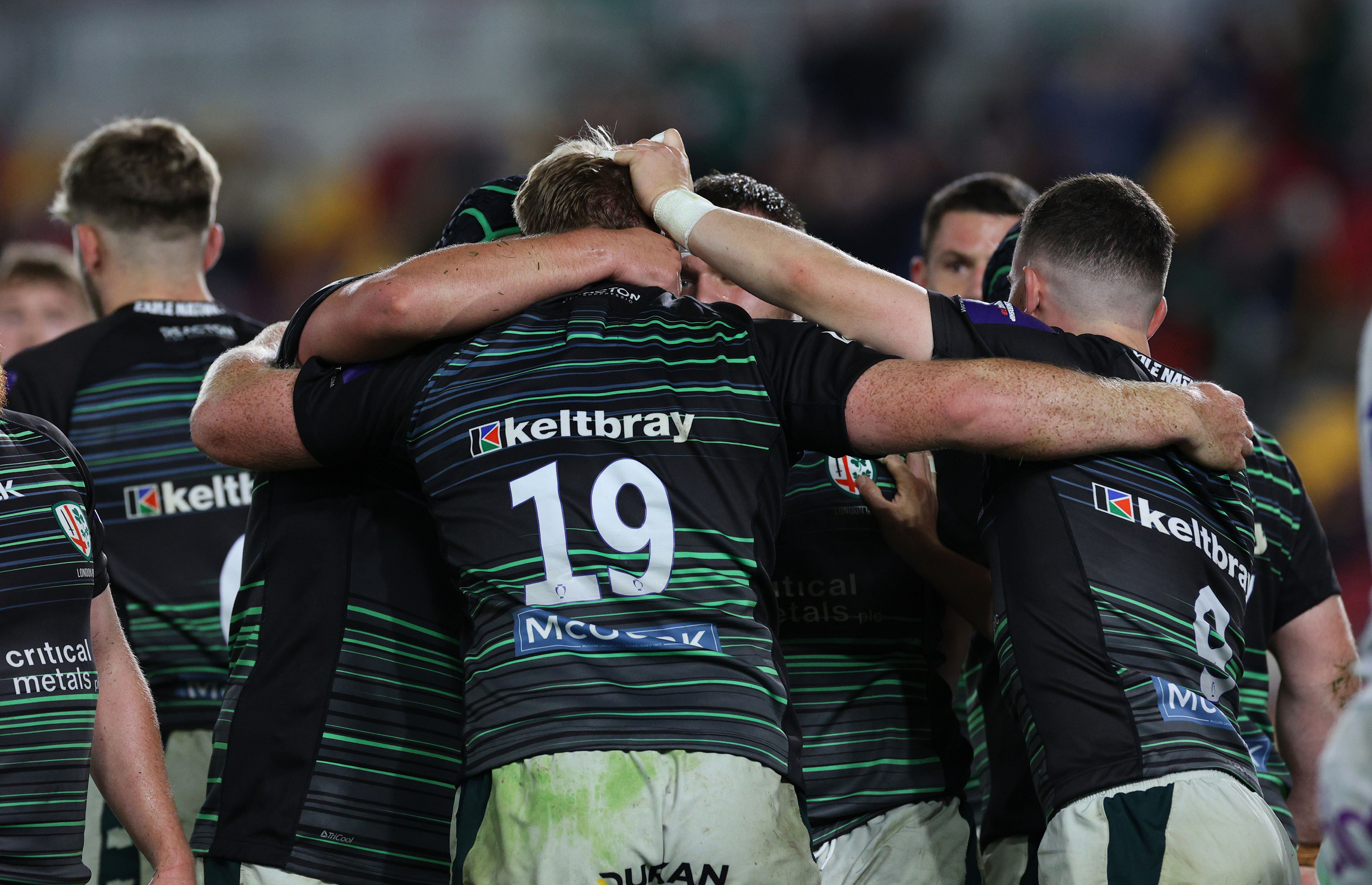 Saints swiftly counteracted Irish’s try with a five-pointer spawning from a rolling maul, Aaron Hinkley with the touchdown and Grayson converting their bonus point try.

Chapman epitomised Irish’s dogged attitude in attack, pushing his way over the line for a quick retort for Irish, Jennings’ extras taking it to a two-score game.

The Exiles held firm and after Saints were penalised for not rolling away, the Exiles had the benefit of another advantage and went for the scrum in front of the uprights once more.

Irish gained two penalties from successive feeds after many more before the decision to go for a scrum, but when the ball was fed back into play a knock-on was conceded and Saints had possession back.

A clearance from Grayson found Michael Dykes on the outskirts of the 22, and a penetrative run from the winger combined with Jacob Atkins innovative pass back infield off a Saint, Trotter then picked up the loose ball and dived into score.

Jennings added the touchline conversion and Irish were close, five points in fact, and a Morisi breakaway threatened but abruptly concluded in an unfortunate spill forward.

As Irish were penalised on halfway, Grayson lined up a place kick that fell just short, and as Saints played to find touch with the clock in the red, a stray ball was knocked down from a Northampton player.

The ball was gleefully collected by Cooke, Saints then penalised for approaching the ruck at the side and Irish pushed up the park.

The visitors conceded another penalty at a maul, and another in open field play and Irish were purring, and after bringing down Irish’s dominant rolling maul, Saints conceded a penalty try and the Exiles executed a comeback for the ages - again! 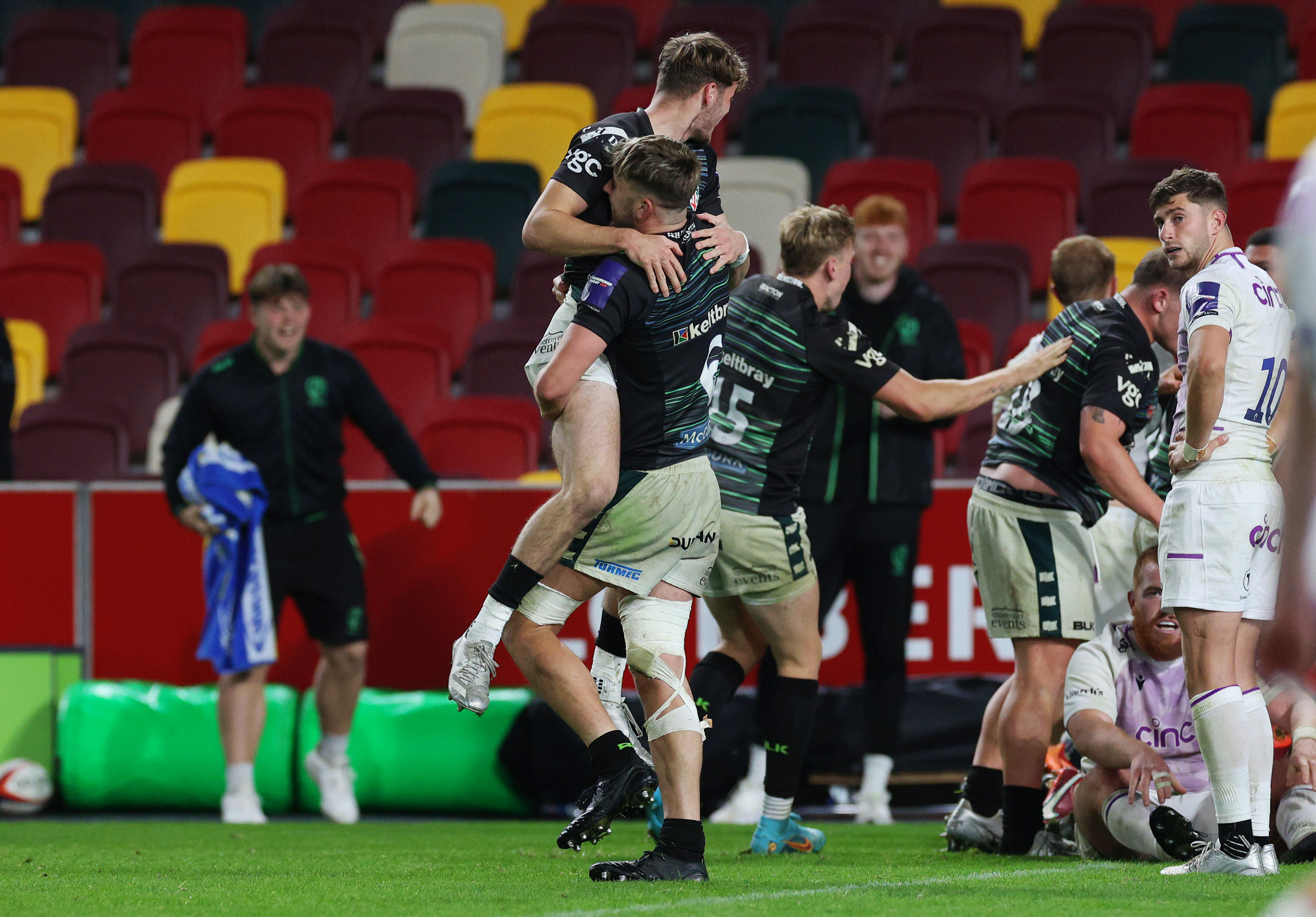