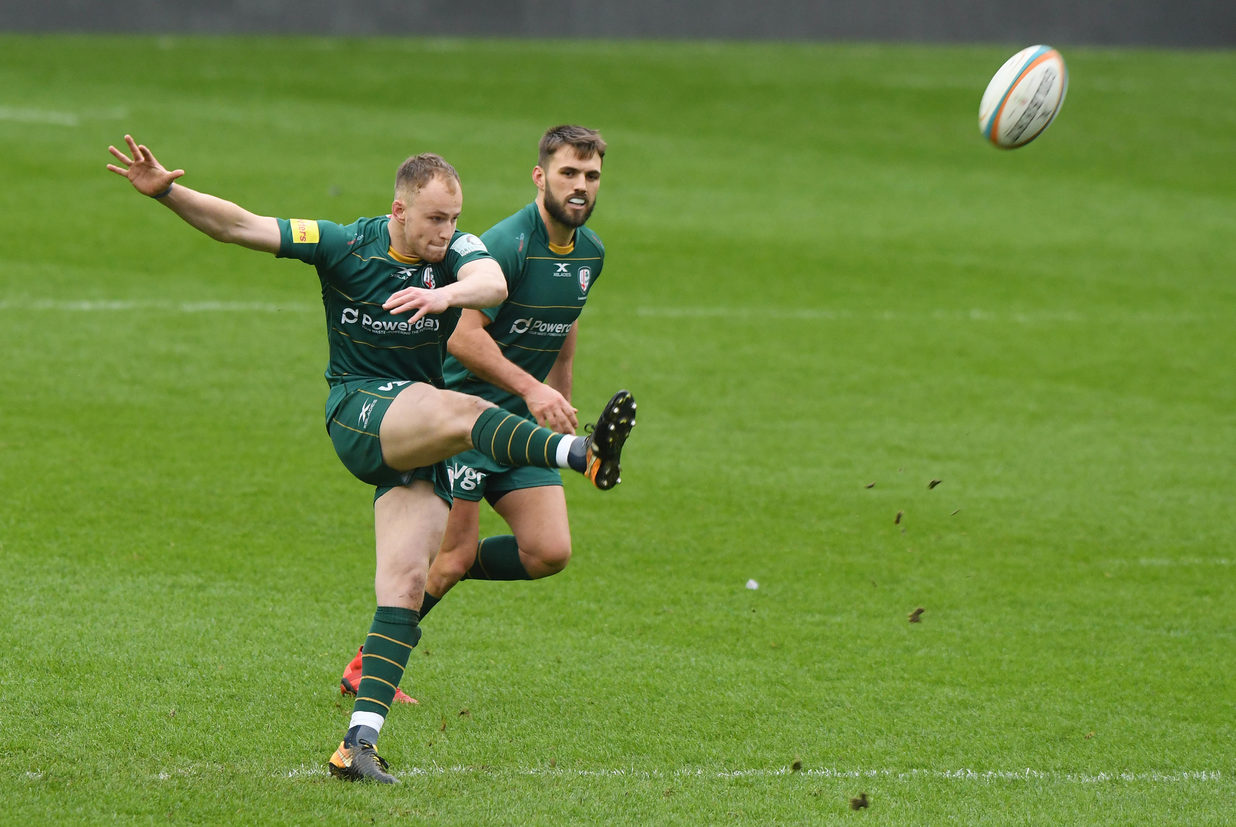 One of the performances of the season against a title rival entrenched London Irish’s place at the top of the Championship table.

Jersey Reds came to Berkshire as the only team to have downed the hosts’ colours in the league this season, a fine record overall against the Exiles, and an ability to cause damage with expansive rugby.

It was therefore imperative that Irish first got off to a fine start, took control of the game and kept Jersey under shackles, and for the home faithful the most pleasing takeaway from the Madejski Stadium was that all three were achieved in some style.

Irish set their stall out from the off, Josh McNally going over a couple of phases after a lineout move in only the fifth minute. And with Ben Meehan adding a penalty 10 minutes later the lead was eight points and Irish were being rewarded for dominant play in all facets.

Then at the start of the second quarter all of a sudden Jersey were over the Exiles’ line. A lineout move put Charlie Maddison into the clear, and with loosehead Roy Godfrey on the charge a try looked in the offing.

Jersey came away from the position with points, but given that only some stunning defence had held Godfrey up conceding a penalty from the subsequent scrum was a relative success.

It had been a rare moment of supremacy for the visiting pack, but they had no answer three minutes later as Irish went over for their second try. Franco van der Merwe’s initial power through the middle was followed by Terrence Hepetema’s break up the left wing, and when the centre’s offload was batted down by Will Homer Jersey found themselves not just camped on their own line but also a man down as well.

The home eight took advantage immediately, Saia Fainga’a the man to come up with the ball after the drive had gone over the line, and with Meehan on target with the extras the hosts had a double-digit lead.

The key moment of the half came in the visitors’ next attack. For a second time they crossed the whitewash and for a second time they were held up. And while a couple of penalties were kicked to the corner the home defence stayed firm, forcing a fumble and kicking long downfield.

The chase was good, and when Auguy Slowik’s forced pass was intercepted by Tom Stephenson there was no one in back play to stop the centre dotting down in the corner.

There was a further try scoring opportunity before the break after Hepetema and Veitokani had put Irish into a good position with some neat running and handling, but this went astray, as did a couple of further chances in the first 10 minutes after half-time.

The breakthrough came four minutes before the hour. Matt Rogerson stayed strong through the middle, as did Stephenson on the right and Ollie Hoskins on the left, and with Jersey’s defenders running out of numbers Hepetema took advantage, wrongfooting his opposite number with a dummy and diving over by the posts.

With a 24-point margin Irish were able to hold off Jersey’s increasingly desperate attacks, and while the visitors threatened to break clear on a number of occasions there was always a green shirt there when it was needed and the hosts saw out time for the win.