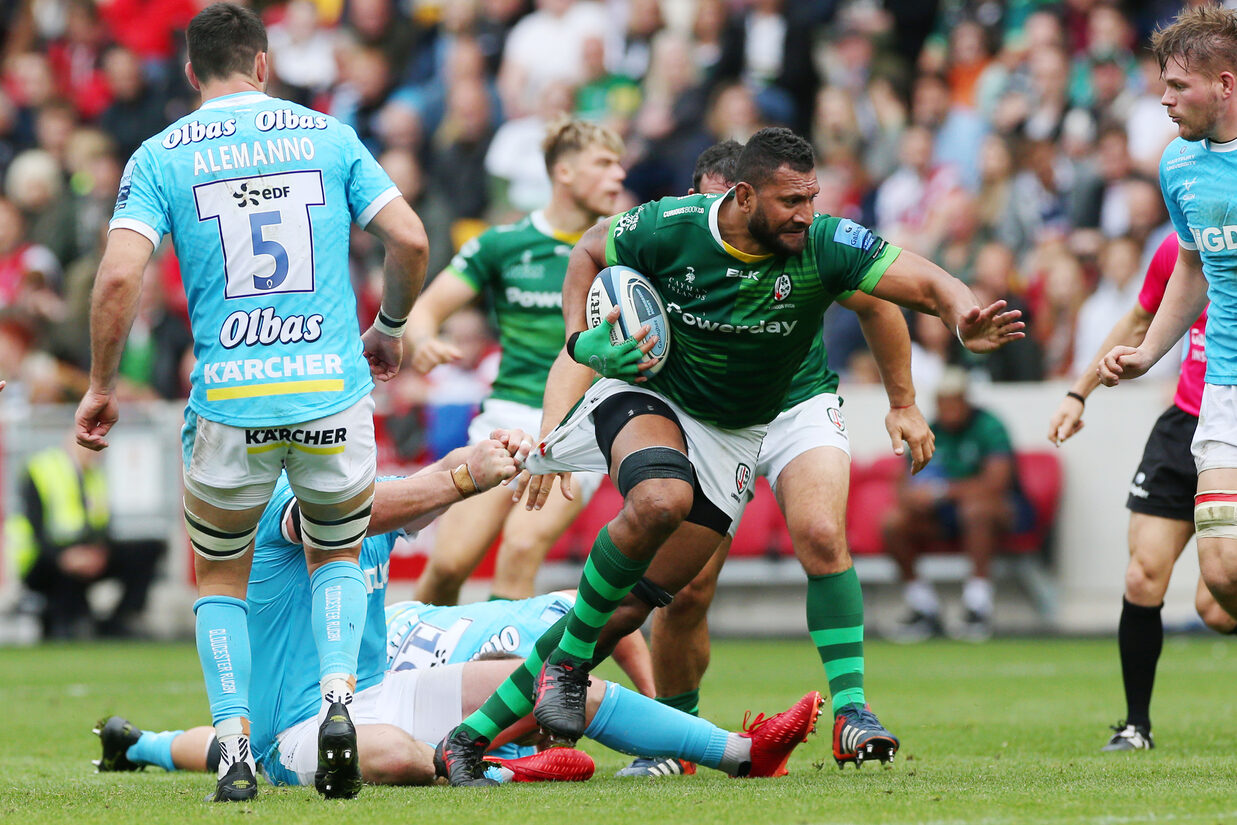 In an incredible game, that swung from one end to the other throughout the 80 minutes, Irish – who were on top for long spells – were forced to settle for a share of the spoils.

Irish saw much of the ball in the opening five minutes, retaining the lions share of possession, but eventually conceding the ball following a knock-on.

Good work on the ground saw Irish awarded successive penalties soon after, the first of which allowed some territory up the field and second saw Jackson kick for the corner.

In the 13th minute, Agustin Creevy dotted down for his fourth of the season, with a quick pick-up from the base of the ruck just short of the whitewash following relentless phases from the Exiles.

Jackson converted his first placed effort of the afternoon to make it 7-0 to the hosts.

The home sides’ confidence failed to be rocked following Ben Loader’s disallowed try, where Jackson’s looping pass to the winger was adjudged to have been forward.

Nevertheless, soon after, Isaac Curtis-Harris evaded two tacklers to touch down for his first in Irish colours, with Jackson once again adding the extras.

Irish were as determined as ever to extend their lead in the closing stages of the first half, breaching into the visitors’ 22 with typically powerful line breaking from Albert Tuisue.

Gloucester won back the ball and built up the park with quick play with ball in hand, but could not capitalise on their territory with two loose line-outs approaching Irish’s five metre line, meaning the score at the interval was more representative of the opening proceedings.

Irish were quick out of the gates in the second half, with Curtis Rona latching on to a loose ball only to be brought down approaching the try line, with Mark Atkinson sent to the bin at the breakdown.

Jackson elected to go for the posts and converted the following penalty to extend the Exiles’ lead to 11.

A deflected grubber kick from Ruan Ackermann bought Gloucester some territory, as the visitors charged towards what looked to be their first try of the game.

Irish’s Steve Mafi joined Atkinson in the bin after bringing down the maul, with George Skivington’s side once again going for the corner – and this time scoring, as Ben Morgan crossed over.

With Adam Hastings missing the conversion, Jackson made no mistake with a monster penalty kick from halfway to restore some parity between the sides.

Morgan was, once again, the man to bring Gloucester back into it from a rolling maul – this time on the left flank, with Hastings registering his first conversion of the afternoon, bringing the deficit to just two.

After some sustained pressure from Irish to build back some momentum, Gloucester’s British & Irish Lions representative Louis Rees- Zammit telegraphed Nick Phipps’ pass to intercept and race away from his own 22 to put his side into the lead for the first time under the posts.

The ball was worked out to captain Matt Rogerson who bundled over through a barrage of tackles to level the scores, with Jackson’s conversion just drifting wide.

That proved to be the last score of an incredible contest, as honours – for the second time this season at the BCS – ended even, with Jackson’s ambitious drop-goal effort flying wide with the final play of the game.