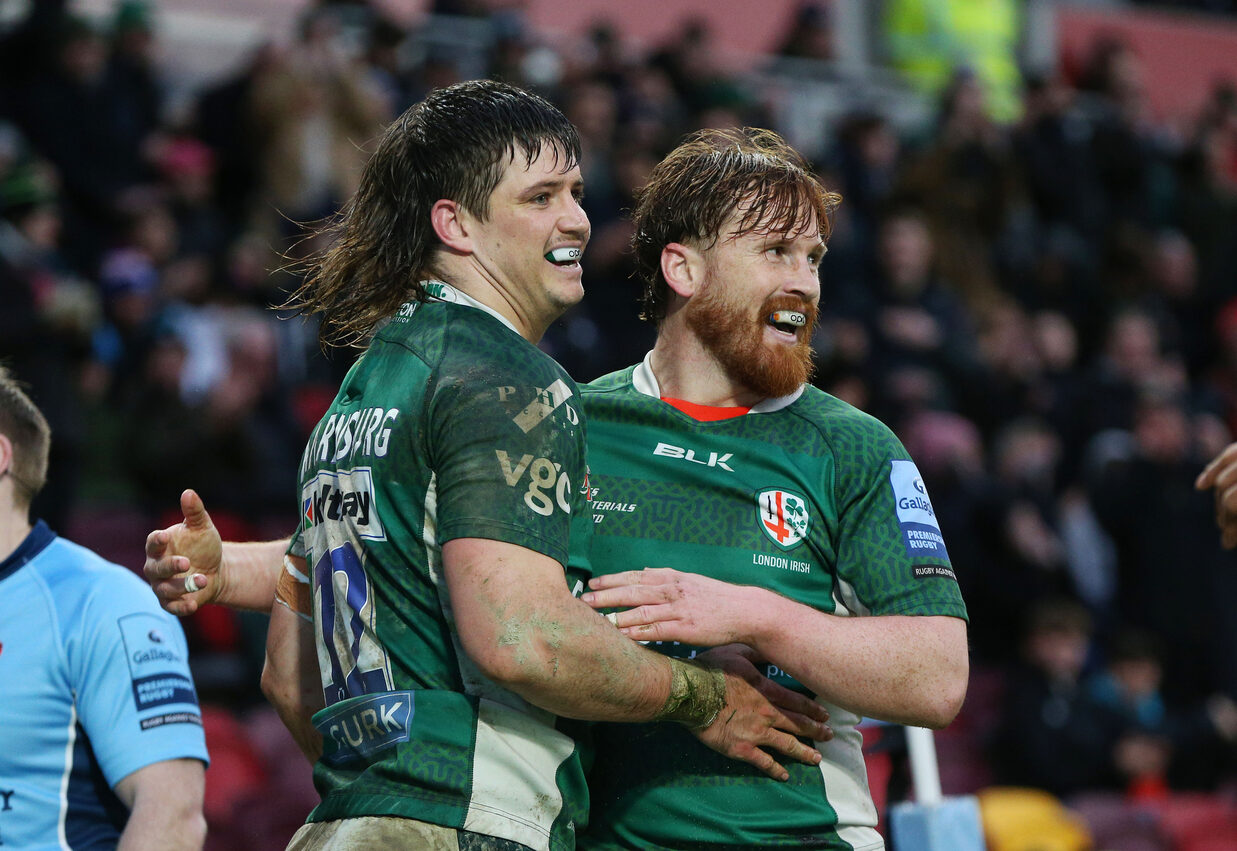 London Irish battled to a 23-7 win over Bristol Bears in Round 15 of the Gallagher Premiership, extending a run of four consecutive wins at the Gtech Community Stadium in domestic competition.

Despite the Exiles taking the lead through a Rory Jennings penalty, a converted Harry Thacker score put Bristol in front for a short while before Benhard Janse van Rensburg’s effort.

An opportunistic decision from Ben White to break the Bears line brought his team close to a second, offloading to Rob Simmons before diving over before the break.

Jennings kept Irish ticking over into the second period, his second and third penalties of the game bookending the half to confirm his side’s first win over Bristol at the Gtech.

Big hits in the opening exchanges from midfielders Benhard Janse van Rensburg and Luca Morisi, as well as Matt Rogerson, showed Irish’s stern edge without the ball from the start.

Amidst a territorial joust in the first 10 minutes, the Exiles won a penalty at the maul and after finding touch, a lengthy lineout found Janse van Rensburg on the crash ball option to gain metres for his team. 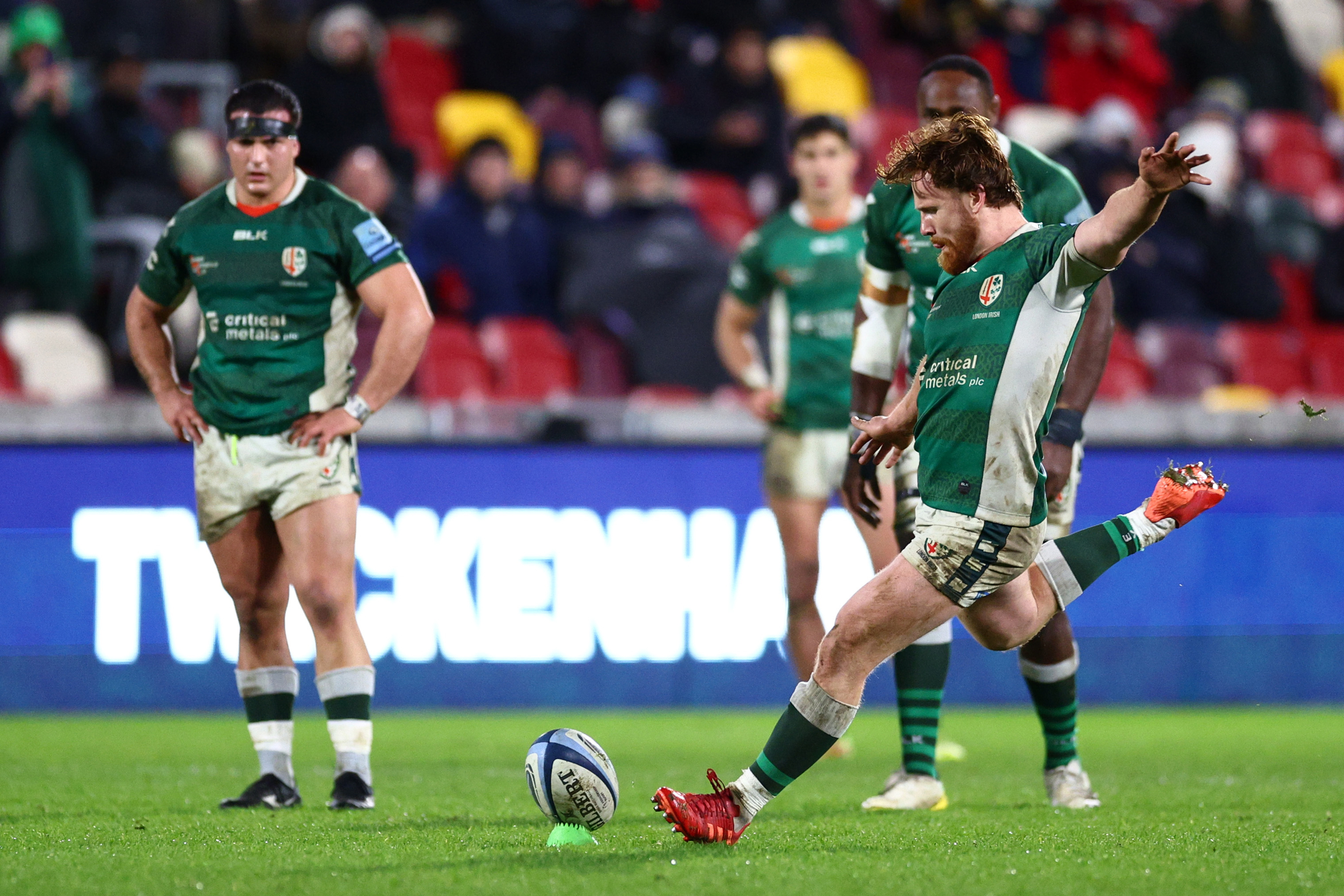 Bristol was then penalised for not rolling away at the ruck in the following phases, and Rory Jennings put Irish in the scoreboard from the tee with three points.

Irish competed well at the maul, winning a second turnover penalty but were soon made to pay at the scrum with a possession reversal at their own put-in.

Bristol gained territory with a subsequent touch finder, building slowly upfield with ball in hand before Harry Thacker spotted a gap to snipe through into the goal area, with AJ MacGinty converting.

Bears were racking up the penalties, initially not releasing in the tackle and once more within a maul, Ben White tapping and going to bring the Exiles to the whitewash.

Play was spread out of the ruck with swift hands, Ben Loader the man to feed Irish’s South African centre to dive over in the corner with Jennings adding the touchline extras.

Tom Pearson was putting in notable physical output, clearing out rucks and being accompanied by Lucio Cinti in his defensive conquest on the right edge.

A jackal penalty from Will Goodrick-Clarke stopped Bears in their tracks after some swift hands, an excellent touch finder from Jennings progressing Irish territorially.

Another maul penalty conceded by the travelling side gave the Exiles an advantage they worked with for a healthy amount of time, play being brought back for the infringement but successive incomplete lineout throws meant nothing was doing for Irish.

An improper clearout at the ruck meant Bears would not come again in the first half, but Declan Kidney’s men would despite the clock being in the red.

Ben White would carry well with two linebreaks, able to get the ball out to Rob Simmons but it was with another recycle of the ball that the Scottish international dotted down as the as Irish rattled the scoreboard before the interval with Jennings slotting another tricky kick. 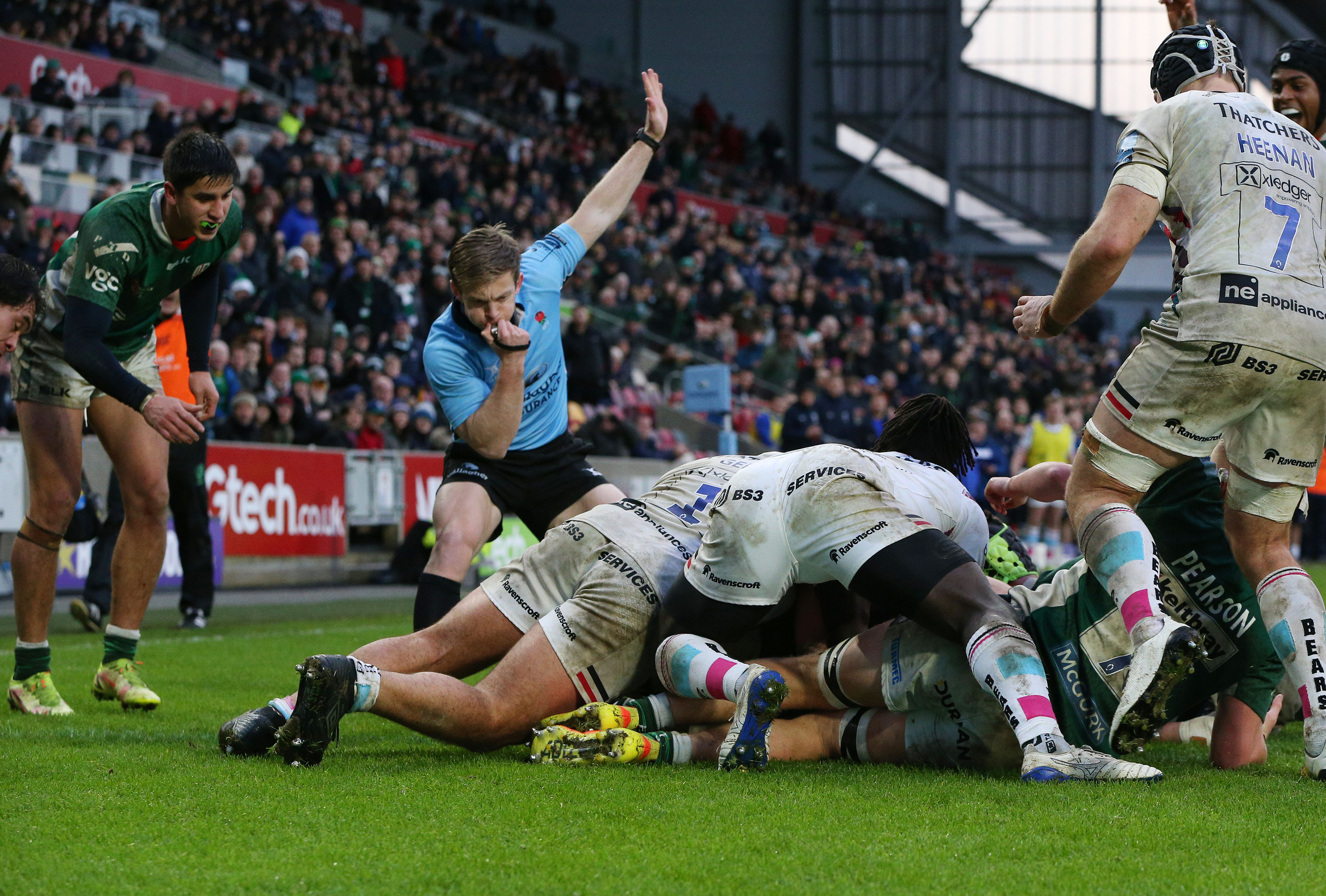 From the off, Irish continued with racking up the points as their opponents were adjudged to be offside following the collection of the restart, Jennings adding three more to his collection of points on the afternoon.

The pressure remained firmly on Bears; less than slick handling as well as being caught in position saw Irish gain back the ball after a spill, but Bristol then won their second scrum penalty of the game.

A dead ball booted by Andy Uren brought the game back to the set-piece, Bristol winning the scrum penalty awarded by referee Christophe Ridley but then losing the ball with a poor lineout.

Impact off the bench from finisher Danilo Fischetti won a scrum penalty from the loose, and although a lineout wasn’t complete in the following stages, Pearson jackalled to give Jennings another shot at goal.

The effort from the out-half went astray, but attacking intent from the Boys in Green remained with a delicate poke through from Janse van Rensburg being knocked on by Toby Fricker.

The game started to become tight in the fourth and final quarter, Irish attacking around the fringes but were met by pacy Bears line speed before an eventual spill from Pat Lam’s team.

With time against them, Bears look to make a dent on proceedings, but Ignacio Ruiz was on hand to firstly put the opposition into touch and then recovered a loose lineout.

Despite meeting Irish well as the game closed out, the West Country outfit were pinged for being offside and Jennings made no mistake with another penalty kick to close out the result.

Irish’s industry was undying till the last, the finishing front-row winning another scrum penalty with an excellent final display of brutish power from the Exiles.