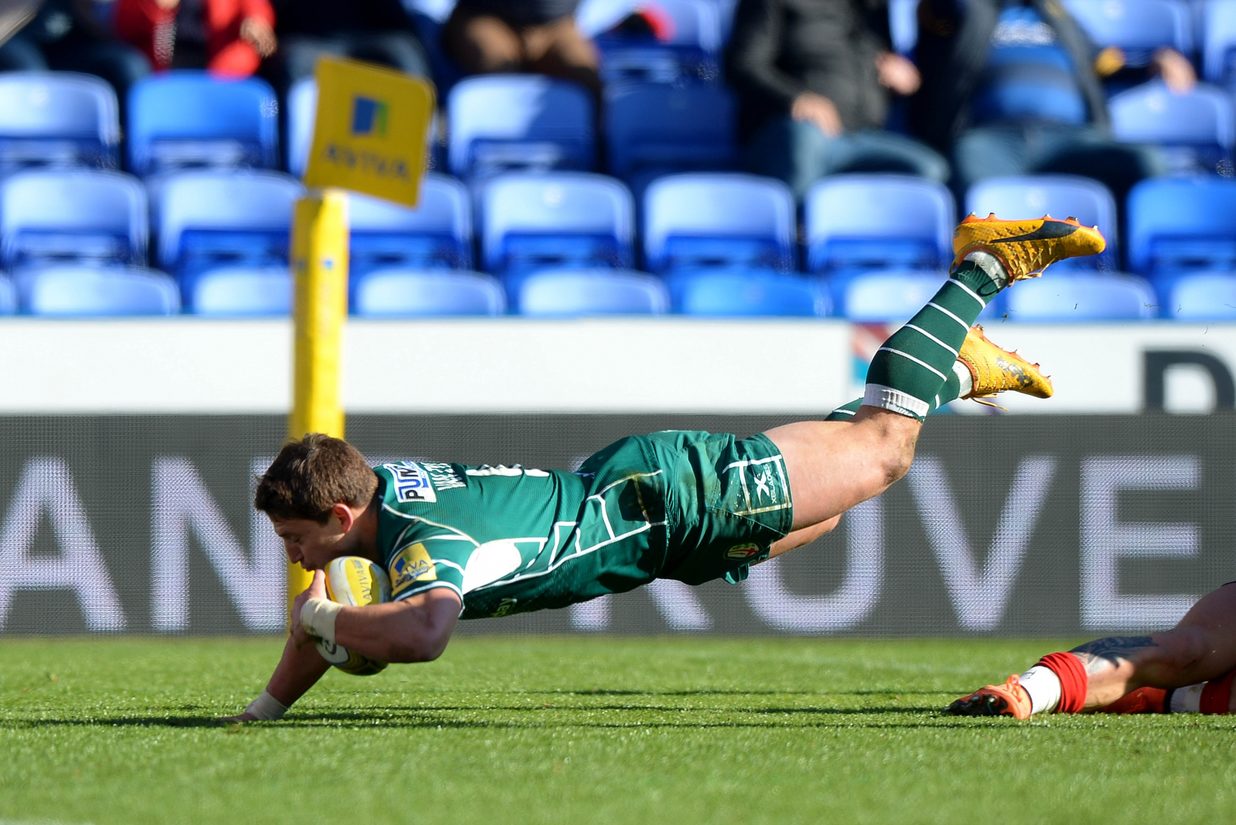 London Irish battled to a crucial 22-9 victory over Worcester Warriors at the Madejski Stadium in the Aviva Premiership.

Piet van Zyl’s first half try coupled with 17 points from the boot of Greig Tonks proved decisive as the Exiles closed the gap on Worcester at the foot of the Premiership table.

Nick Kennedy, who cut a delighted figure in the BT Sport studio post-match, now prepares his charges for next Saturday’s trip to Wasps as the business end of the campaign looms large.

The Exiles chief will have been proud of his side’s endeavour, man of the match Arno Botha in the thick of the action from the very first minute. Bossing the back-row, the South African was a colossal presence throughout the contest to set the tempo and put his side on the front foot.

After Chris Pennell’s second minute penalty, Irish carved out their first opening with five minutes on the clock when van Zyl collected Alex Lewington’s neat chip through only to be thwarted just short of the line. Lewington was making his 100th appearance for Irish, the winger having scored 50 tries for the club since joining from Leicester Tigers in 2013. Pinning Worcester inside their own 22, Irish turned their early pressure into points courtesy of a Tonks penalty on six minutes to level the game.

Tonks kicked the second of his five penalties midway through the first period after Worcester had been penalised for interference at the ruck.

Leading 6-3, the Exiles went further ahead on 27 minutes when van Zyl latched onto his own chip-kick to touchdown. James Marshall started the move with a neat inside pass to the scrum-half, who took advantage of a favourable bounce on his way to the try line. Tonks’ conversion increased Irish’s lead to 13-3.

Worcester reduced the deficit to 13-6 just before the break, Chris Pennell slotting home a penalty after Conor Gilsenan was penalised for not rolling away. Tonks and Pennell traded penalties in the opening exchanges of the second half with Irish in front at 16-9.

A converted score was all that separated the two sides just short of the hour mark, the next 10 minutes arguably key to Irish’s triumph. And so it proved as the Exiles stood firm in defence, while grinding out good territory to earn themselves two penalties in the final four minutes which Tonks duly obliged with.

Sandwiched in between those penalties, Cokanasiga went close to crossing the whitewash with a barnstorming carry down the nearside. His potency with ball in hand relieved the pressure and helped the Exiles close the game out as they recorded a morale-boosting win.