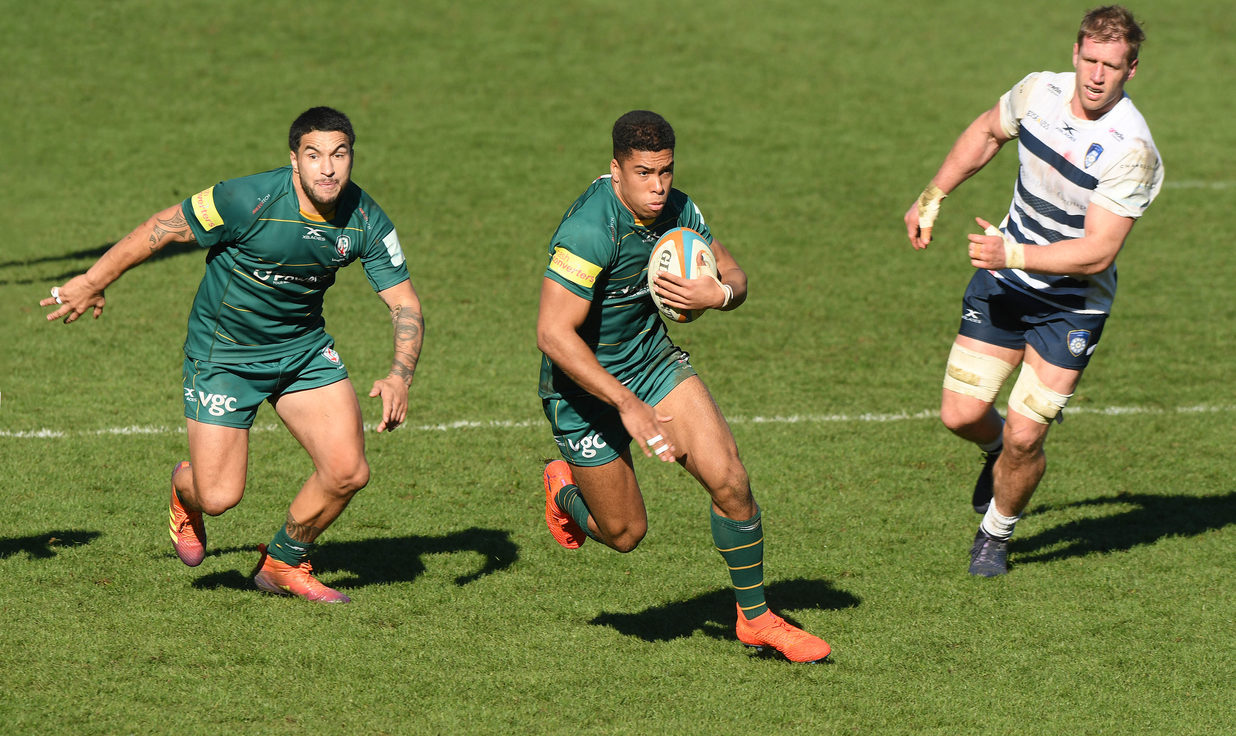 Two scores from Ben Loader and one from Dave Porecki ensured a place in the Championship Cup final for the Exiles.

Yorkshire Carnegie came out of the blocks quickly and put pressure on the Exiles defence, but a composed Greig Tonks steered the hosts through a tricky opening period.

Despite the good start from the visitors, it was the Exiles who were the first to get on the scoreboard.

Winger Ben Loader plucked a high-ball out of the air and sprinted 35 metres to slide over in the corner, with seven minutes on the clock. A well-struck conversion from Jacob Atkins sailed through the uprights to make the score 7-0 to the Exiles.

On 21 minutes, the visitors hit back. A kick through forced Tonks to gather the ball close to the Exiles try line but a heavy challenge not only forced a fumble but also saw the full-back leave the field after a spell of treatment. There was discussion between the officials and the crowd was not happy, but regardless winger Myles Throroughgood pounced on the ball and the try was awarded. The conversion was missed by fly-half Jade Te Rure, leaving the score at 7-5.

As Tonks headed off the field, it brought a welcome return to rugby for Tommy Bell. Almost exactly a year to the day that Bell sustained his injury, the Irish supporters gave the replacement full-back a well-deserved standing ovation.

Yorkshire grabbed the lead for the first time, virtue of a penalty. A simple kick in front of the posts from Te Rure left the score at 7-8.

Acting as a wake-up call for the hosts, Irish went on the offensive through a tasty offload from Max Northcote-Green. Porecki was set free but the final pass didn’t stick and Yorkshire turned the ball over.

However, it didn’t take long for Irish to force their way over the Yorkshire try line. A replica of his first try, Loader jumped the highest to claim a high ball from a Scott Steele box kick. The speedster showed his quick feet to go around the last defender a dot down in the corner. Atkins couldn’t quite make the touchline conversion so, the scoreline was 12-8 in Irish’s favour at the halfway stage.

The second half saw Yorkshire start with the majority of possession but some big tackles from the Exiles defence ensured the scoreline stayed the same.

Dave Porecki, London Irish’s leading try-scorer this season, made his mark on the game on the 49-minute mark by bagging a score from the back of another destructive rolling maul. A sweetly struck conversion from Atkins extended Irish’s lead to 19-8.

With an 11-point lead in hand, the Exiles turned on the pressure. A rare kick from flanker Max Northcote-Green pushed Yorkshire into their own 22 and kept the ball in the right area of the field.

A series of hard-hitting phases followed, leaving numerous players seeking medical attention. Neither side looked like making an impact on the score board until the 77-minute mark.

Irish were awarded a penalty with three minutes to go and Atkins popped it over from in front of the posts, giving Irish a 22-8 lead.

Yorkshire looked to mount a late surge at Irish but were stopped in their tracks by the impressive Exiles defence. Referee Simon Harding called time and Irish booked their place in the Championship Cup final.