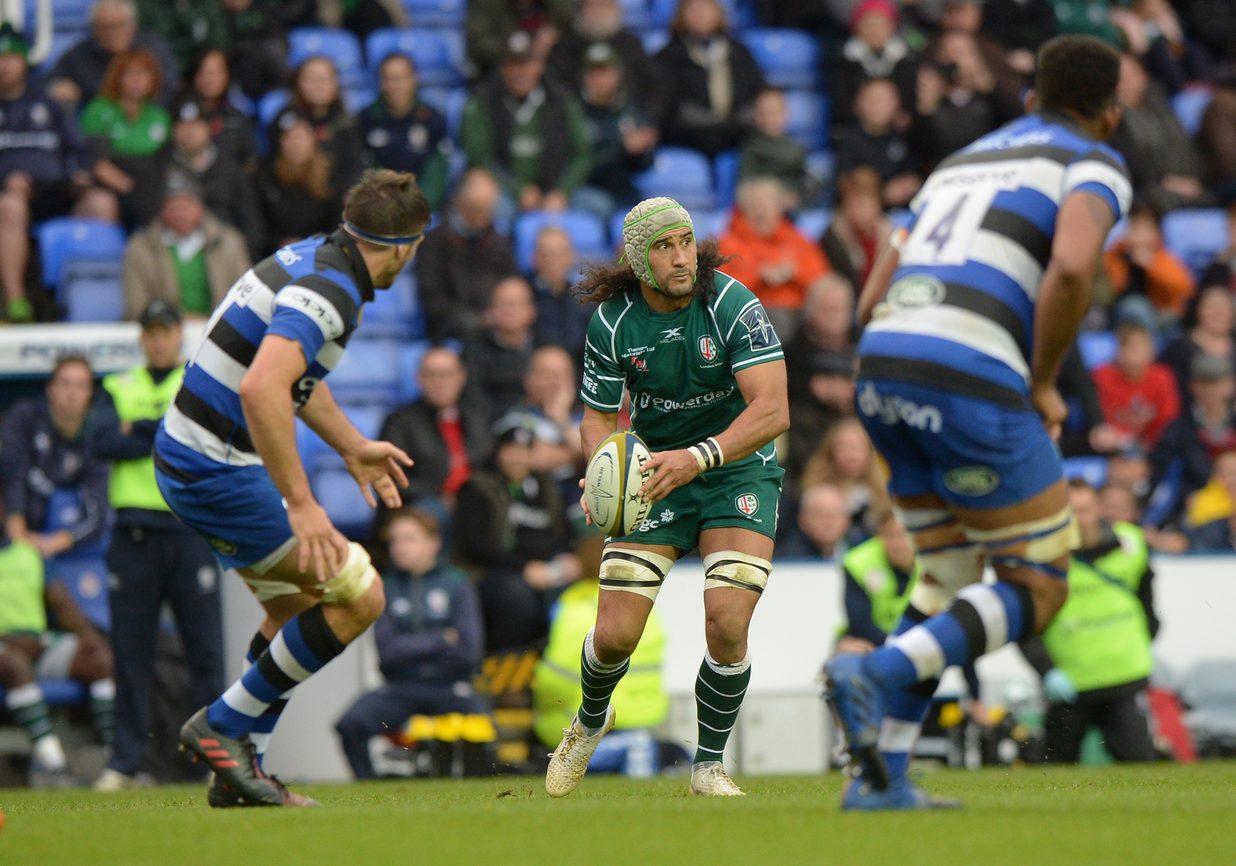 London Irish picked up two losing bonus points as they were narrowly defeated 22-26 in their opening Anglo-Welsh Cup match of the season.

Despite a brace from Max Northcote-Green coupled with further scores from David Paice and Alex Lewington, a resilient Bath side left the Madejski Stadium with maximum points.

Ben Tapuai gave the visitors the lead as early as the fifth minute, the former Wallaby centre rampaging his way through the heart of the Exiles’ defensive line to touch down under the posts.

7-0 up following Burns’ conversion, Bath were pinned inside their own 22 from the restart as Irish looked for an immediate response. Turning down two shots at goal in favour of a kick into the corner, Irish’s gamble paid off when former Bath man Northcote-Green took an audacious offload from skipper Paice to cross the whitewash in style. Brophy Clews sliced the subsequent conversion wide with Irish trailing 7-5.

A Burns penalty on 21 minutes extended Bath’s advantage to 10-5, with both teams looking evenly matched at the midway point of the first half.

While Bath threatened Irish’s try line with the trickery of the experienced Burns, James Marshall also demonstrated his attacking prowess for the hosts with a series of incisive runs.

Five minutes before the interval Northcote-Green bagged his brace for the afternoon, the back row taking a neat pass from the impressive Marshall before fending off three would-be tacklers on his way to the try line. With three covering defenders to overcome, Northcote-Green’s try was one to remember for the London born powerhouse.

A penalty from Burns on the stroke of half-time gave the Rec outfit a 13-10 lead going into the break, but Irish hit back four minutes into the second half thanks to a pick and go from Paice. Using his sheer brute strength, Paice bulldozed his way over the line. The score was just reward for Irish’s endeavour in the opening exchanges of the second period and Brendan McKibbin took over the kicking duties to convert from the nearside to put his side 17-13 ahead.

On 53 minutes, Levi Davis edged Bath back in front when he collected a cross-field kick from Burns to score in the corner. Burns’ touchline conversion made it 20-17 to Bath.

With the hour mark looming, Irish regained the initiative when Lewington took a long looping pass from Brophy Clews to motor in at the corner despite the attention of a flurry of Bath defenders. Marshall, the third different London Irish goal-kicker of the afternoon, took over the duties from the injured McKibbin, but his effort went wide and the Exiles were 22-20 in front.

Two quick fire penalties from the boot of Burns put Bath back in the ascendancy at 26-20 going into the final 10 minutes of the contest. Try as they might, Irish threw everything at Bath as they went in search of a late try. However, to their credit, Bath stood firm and held on to a hard earned victory.