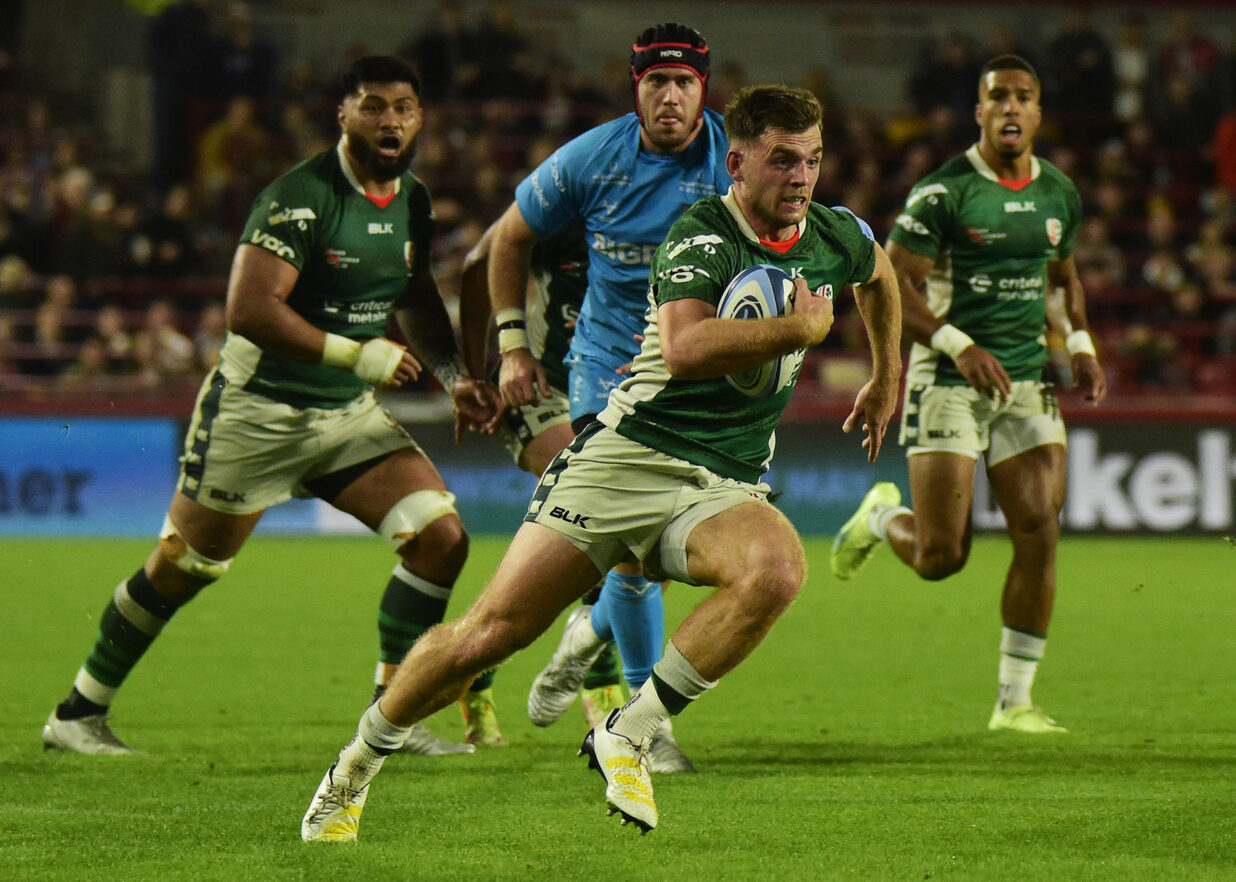 London Irish came close to a fightback win over Gloucester Rugby in Round 7 of the Gallagher Premiership at the Gtech Community Stadium, finishing 22-21 in favour of the visitors.

Agustín Creevy begun the night jumping over the whitewash, Ben Loader next to go over with a well-worked score for Declan Kidney’s Exiles.

Santiago Socino and Ruan Ackermann each scored for Gloucester in the opening half, but a brilliant defensive display to close out the half from Irish meant the Exiles benefited from a six-point cushion at the interval.

Socino’s brace and solid kicking from Adam Hastings in the second period saw the Cherry and Whites through to a one-point victory.

Irish came flying out of the gates as Gloucester were penalised for going off their feet at the ruck, leaving the Exiles with an option into the corner which they duly grasped.

From the rolling maul, Ben White peeled off but to no avail in relation to points – but the try-scoring Argentinian hooker the Exile Nation all love, Agustín Creevy, ducked around the fringes and over the whitewash, Jackson adding the extras.

After conceding a penalty for a no arms tackle in a similar area, Gloucester had to defend again from the lineout.

A beautifully maneuvered set-piece sequence involving the back-row saw Juan Martín González take the ball, finding an onrushing Tom Pearson to then offload to So’otala Fa’aso’o close to the whitewash, but a penalty conceded stopped an Irish advance.

Jackson added three more to his collection after Gloucester were deemed offside by referee Matthew Carley, splitting the posts to take the Exiles 10 points to the good in the first quarter.

Santiago Socino brought Gloucester into the affair having dived over in the right-sided corner, smart hands from Adam Hastings allowing Creevy’s compatriot in but the Scotsman couldn’t add the conversion.

Benhard van Rensbug’s excellent over the ball skills were on display for another Gallagher Premiership gameweek, jackalling to win Irish ball.

Ben White cut through the heart of a dysfunctional Gloucester lineout and the Boys in Green were away to another red zone entry, working the ball out to the left with Ollie Hassell-Collins barging through visiting players but no points were returned.

Innovative thinking from Jackson saw the Irishman weigh up his options, nudging over a cross-field kick to the right sided channel to find Ben Loader, collecting brilliantly in the air to dot down for the Exiles’ second.

After the west Londoners were found offside at the ruck, Gloucester pushed into the 22, went for the corner, and with their famed rolling maul, scored via Ruan Ackermann with Hastings also adding his first points.

Irish’s 10 slotted an extra three after the Cherry and Whites were penalised for a ruck infringement and then a further 10 metres after backchat, pushing Declan Kidney’s side ahead by six.

Gloucester wanted the lead at half-time, and via another pick and drive effort they came close but were held up by a solid defensive effort, the visitors nonetheless benefitting from the advantage.

George Skivington’s side came again, this time playing off the maul and a monster tackle from van Rensburg pushed Gloucester back far from the gain line, but a side entry at a following breakdown afforded Gloucester another bite at the cherry.

Tom Pearson followed in van Rensburg’s footsteps with another mega hit to force the opponents away, Irish then appealing for several infringements committed by Gloucester.

With the clock in the red, one finally came after a solid ruck set from Irish and their advantage was intact after the first 40.

The West country outfit penetrated through the Irish defence via scrum-half Charlie Chapman after the break, a big hit from Hassell-Collins and groundwork from Juan Martín González halting the Gloucester run.

A mazy run from Irish’s English wing after a brilliant pop pass out the back from Lucio Cinti set Irish away, then working off a rolling maul that was stalled near the line after an initial Gloucester penalty.

A handling error from the boys in blue on the evening sent the Exiles to the corner again, losing the ball at the maul but a poor clearance gave Irish another opportunity from the set-piece.

The ball was worked wide but Gloucester’s inability to maintain a legal ruck brought Paddy Jackson to the tee, converting in front of the of the posts to put his side nine points to the good.

Nevertheless, Socino was over for his second of the night after Irish didn’t release at the ruck, converting an opportunity from the maul and Hastings converting his own kick.

An audacious drop goal from Adam Hastings in his own half handed Gloucester their first lead of the game on the hour, as Irish now seeked the impetus to get back into the affair.

Perhaps an even more awe-insipring kick was from replacement Lloyd Evans from the restart, executing the game’s first 50:22 as Irish’s replacement, Ciaran Parker, saw yellow for bringing down the maul.

Finding touch again, Gloucester looked menacing from their field position but an early contest at the succeeding maul gave Irish a lifeline.

Chapman’s kick going straight out gave an opening to Irish to progress, but in the phases off the lineout former Exile Albert Tuisue forced a turnover to push Irish away.

A high tackle from Louis Rees-Zammit on Will Joseph sent Irish up the park, the ball being spread to advance the Boys in Green up the field out wide to the right with the Club’s electric backs.

Irish pushed close to the line, but a pre-bind when working to that all important try prevented a famous last-ditch comeback at the Gtech.

It wasn't to be for the Exiles, but 9,031 supporters made it an occasion to remember. Thank you for your support!