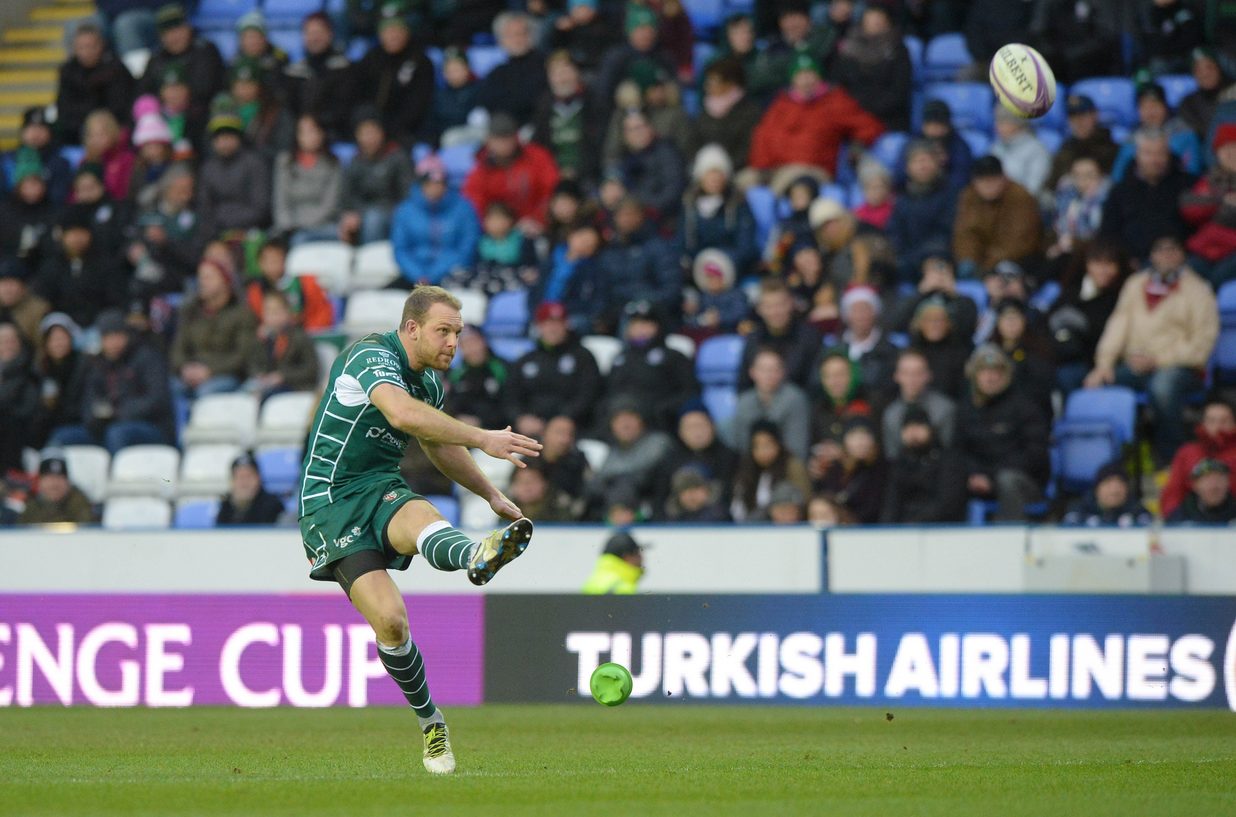 A last gasp Tony Ensor try denied London Irish victory in Round 4 of the European Rugby Challenge Cup and secured Stade Français Paris a 26-20 triumph at the Madejski Stadium.

After Greig Tonks’ 78th minute penalty had put the Exiles in pole position for the win, Stade full-back Ensor had other ideas as he rounded off a slick counter-attacking move to dot down in the corner.

The Exiles, who were on song for the best part of 80 minutes, now turn their attention to next weekend’s Aviva Premiership trip to Worcester Warriors.

With Santa and his reindeer dropping into the Madejski ahead of the game, there was a real festive feel in the Berkshire air. From the word go Irish were in no mood to share the Christmas spirit with their Parisian counterparts, Ben Loader’s explosive run two minutes into the contest getting the crowd on their feet and setting the tone for an encouraging first half display. The Heineken Man of the Match underlined his neat footwork with a line break on the far side of the pitch, before being ambushed by a covering French defender and bundled into touch.

While Irish looked menacing in attack, Stade looked a threat with ball in hand and on 15 minutes the visitors registered the first score of the game through Romain Martial. Shane Geraghty, returning to his old stomping ground, found Martial with a searching cross-field kick for the try. Geraghty cannoned the post with the subsequent conversion, but Stade had the early advantage at 5-0.

Not deterred by the early set-back, patient build-up play yielded Irish’s first score of the match thanks to the impressive Scott Steele. Working through the phases, Irish back row Lasha Lomidze was the catalyst as he scooped the ball up from the base of a ruck five metres out, before feeding the supporting Steele on the charge. Tonks’ conversion put Irish 7-5 in front.

Three minutes later, Irish had a golden opportunity to double their tally for the day when Steele’s neat kick over the top bounced nicely for Loader to collect, but the supporting De Chaves was unable to find his way to the line. Probing for their second score, Irish supporters were in full voice when Williams crossed the line on 34 minutes only for referee Ben Whitehouse to call play back for a forward pass.

Good value for a 10-5 lead at the break, Nick Kennedy’s men made the perfect start to the second half by virtue of a penalty try. The Irish heavies dug deep to produce the score and put themselves 17-5 up.

Looking the more likely to push home their advantage, the tide turned on 54 minutes when Giorgi Melikidze crashed over under the posts to get the French Top 14 side back into the contest at 17-12.

On 61 minutes Tonks was unable to punish Stade’s indiscipline, his penalty veering wide of the upright and five minutes later the visitors capitalised courtesy of a Waisea Vuidravuwalu try.

Trailing 19-17, Tonks edged Irish back in front with the boot with just two minutes of the game remaining. The Scot’s line break and offload to replacement wing Joe Cokanasiga got Irish to within metres of Stade’s try line before they were awarded a penalty directly in front of goal.

However, excellent handling skills in Stade’s backline unhinged Irish’s defensive line with the French heading back across the Channel with the spoils.