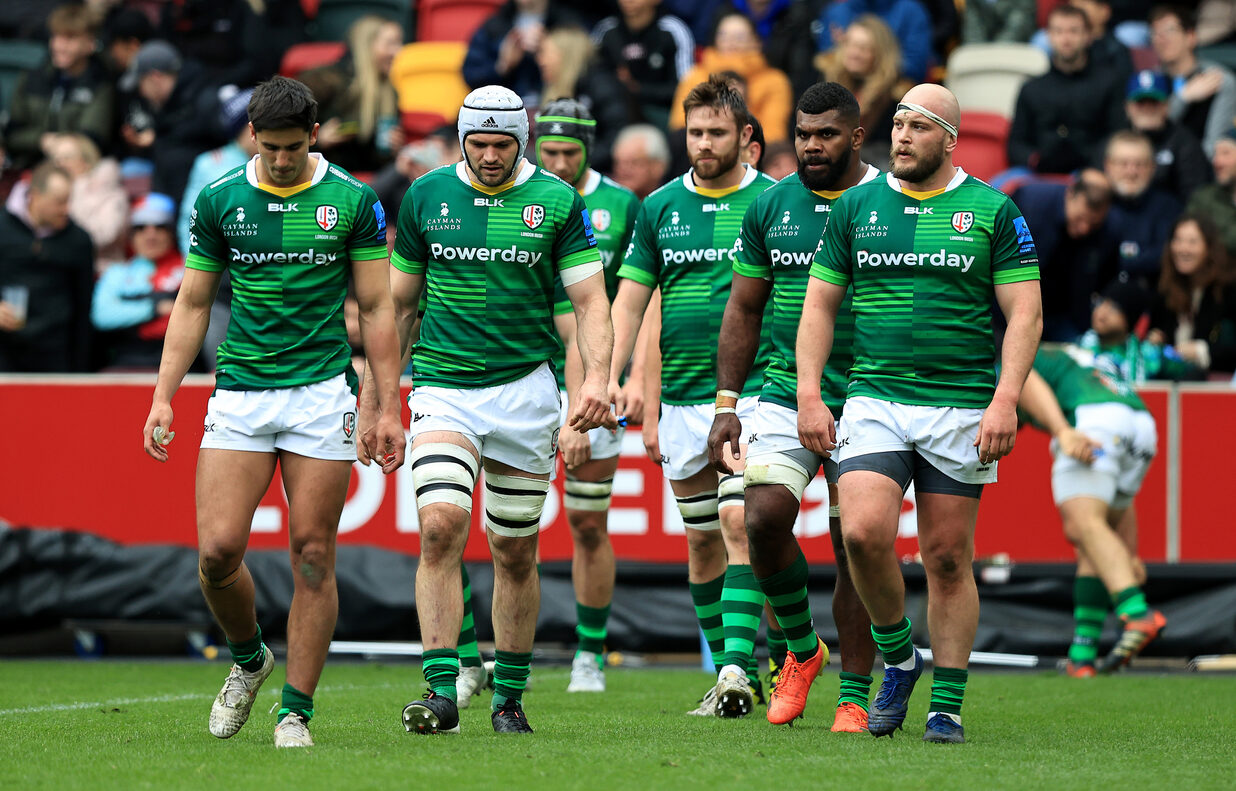 London Irish were defeated 14-41 by rivals Harlequins in Round 22 of the Gallagher Premiership at the Brentford Community Stadium.

Paddy Jackson registered the game’s opening score with the try line at his mercy early on, but Jack Walker brought scores level who then bookended Cadan Murley and Huw Jones’ efforts before the break.

Danny Care, André Esterhuizen and Jones furthered the Quins lead in the second half with Benhard van Rensburg adding Irish’s second late on.

The derby’s opening ten minutes saw little in the way of try line opportunities, with some positive phases for the Exiles down the left wing ultimately falling short to knock-ons.

After committing a knock-on of their own in their 22, play continued on and Quins could do little in the way of stopping the green tide arriving at the whitewash, with Curtis Rona finding Paddy Jackson to sprint to touch down in the corner.

The visitors were keen to register a response in as little time as possible, and through a rolling maul Jack Walker scored with Marcus Smith equalising from the tee.

Tom Parton’s excellent collection in the air led to another red zone entry, with Ollie Hassell-Collins having a potential try ruled out in what was becoming a frantic affair.

Rona once again the provider, but the youngster was unable to maintain full grasp of the ball whilst grounding.

The Famous Quarters looked to go over again via a well-worked catch-and-drive, but it took several phases later to score via a mispass from Marcus Smith finding Cadan Murley in enough space to touch down, Smith this time unable to add two more.

Quins threatened once more and Huw Jones was found by Smith on the corresponding wing to register his side’s third before the break.

Nick Phipps was sent to the bin for an infringement at the breakdown and Tabai Matson’s men took advantage from the same penalty, Walker going short from a lineout to Hugh Tizard who found the hooker to dot down in the corner.

After spreading the ball far and wide and exhausting different avenues, Curtis Rona looked to take Irish back into the game in the second forty with a dash to the line but was held up in the goal area.

Quins executed some consistent passing and the ball finally fell into the arms of Danny Care, who powered over to deal a hammer blow and take the deficit to 20 points.

Irish played their own brand of fluid play from the first phase of a well-placed lineout with the ball finding itself with Lucio Cinti, only for the ball to be agonisingly dislodged from his possession before grounding.

It was Quins’ turn to be reduced from their full complement, with Care being sent for 10 minutes on the sidelines by referee Mathieu Raynal for a deliberate knock-on.

Harlequins’ diligence at the breakdown made it hard for Irish to fashion a retort, with André Esterheizen all but ensuring bragging rights went back to Twickenham with a cutting run through the heart of the Irish defence and under the posts.

Irish did not go out quietly in the remaining 10 minutes nonetheless, Benhard van Rensburg finishing excellently by staying within the field of play to leap over.

Huw Jones, bagging his brace of tries, concluded proceedings as Quins took all five points back to The Stoop.