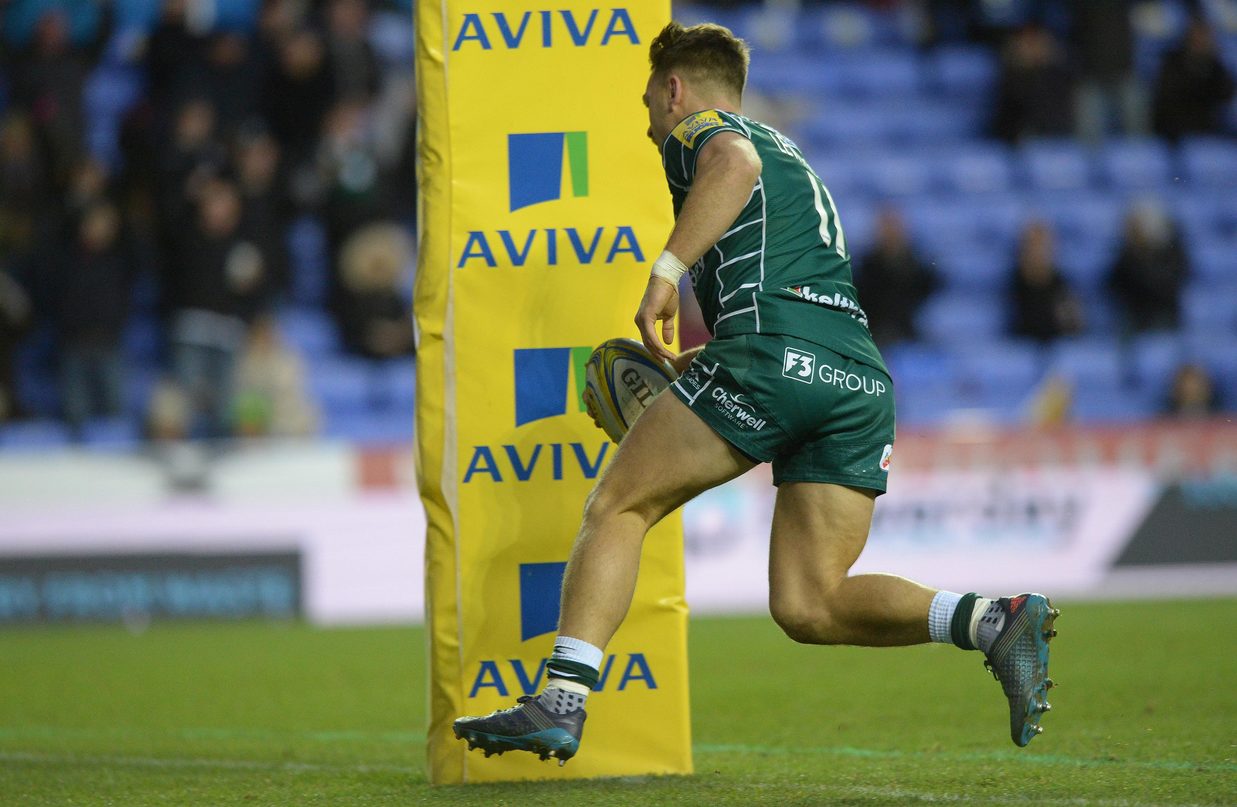 Nizaam Carr’s try for Wasps 13 minutes from time meant London Irish had to settle for a losing bonus point, despite an impressive display against last season’s Aviva Premiership finalists.

Leading 13-10 with the last 10 minutes of the contest looming, Irish were undone by incisive attack play from replacement scrum-half Dan Robson who broke clear of the Exiles’ defensive line before offloading to the supporting Carr.

Carr’s score proved decisive, with a spirited Exiles outfit having to settle for the bonus point when victory was well within their reach. Danny Cipriani’s introduction from the bench on 60 minutes arguably turned the tide, the former England international pulling the strings at inside centre alongside the industrious Jimmy Gopperth.

Irish can take real heart from Sunday’s display as the focus now turns to next weekend’s trip to Gloucester. Defensively sound before the hour mark coupled with bags of endeavour in attack, the men in green certainly gave a solid account of themselves against last season’s Aviva Premiership finalists.

A tryless first half underlined Irish’s much improved defence in recent weeks as they foiled a flurry of Wasps attacks to ensure they went into the break leading 3-0 thanks to a 30th minute Tommy Bell penalty.

Willie Le Roux was Wasps’ talisman in attack for much of the first half, a scrambling Irish defence managing to keep Dai Young’s men at bay. Concerted Wasps pressure coincided with Ben Franks’ sin-bin, the former All Black yellow carded for persistent infringement at the scrum on 22 minutes. Despite being a man light, Irish kept their lead intact going into the break with Christian Wade’s clinical line break and chip into the corner on the stroke of half-time dealt with by James Marshall.

Irish came out for the second half with their tails up and were immediately on the front foot as they looked to work through the phases close to Wasps’ try line. Eying the opening try of the afternoon, Irish knocked on to allow Wasps to clear up field.

On 52 minutes Irish’s positivity bore fruit when Alex Lewington raced out of the line to intercept deep inside Wasps’ 22 to go under the posts. Bell’s simple conversion increased Irish’s advantage to 10-0.

The visitors closed the gap with a try of their own five minutes later courtesy of hooker Ashley Johnson who dotted down from a driving lineout. Not deterred by Wasps’ swift response, Irish rallied and their energy at the breakdown was rewarded with a penalty which Bell duly converted to extend his side’s lead to 13-5.

Cheered on by a boisterous 8,000 plus crowd, the Exiles were good value for their lead with the closing stages of the game in sight. However, neat handling on the short side from the impressive Le Roux set Josh Bassett free for Wasps’ second score of the afternoon. Gopperth was again unable to convert from the touchline, his effort cannoning the far post.

Still ahead at 13-10, Irish were unable to hang on and Carr’s winning score on 67 minutes cemented Wasps’ position in the top six of the Aviva Premiership.