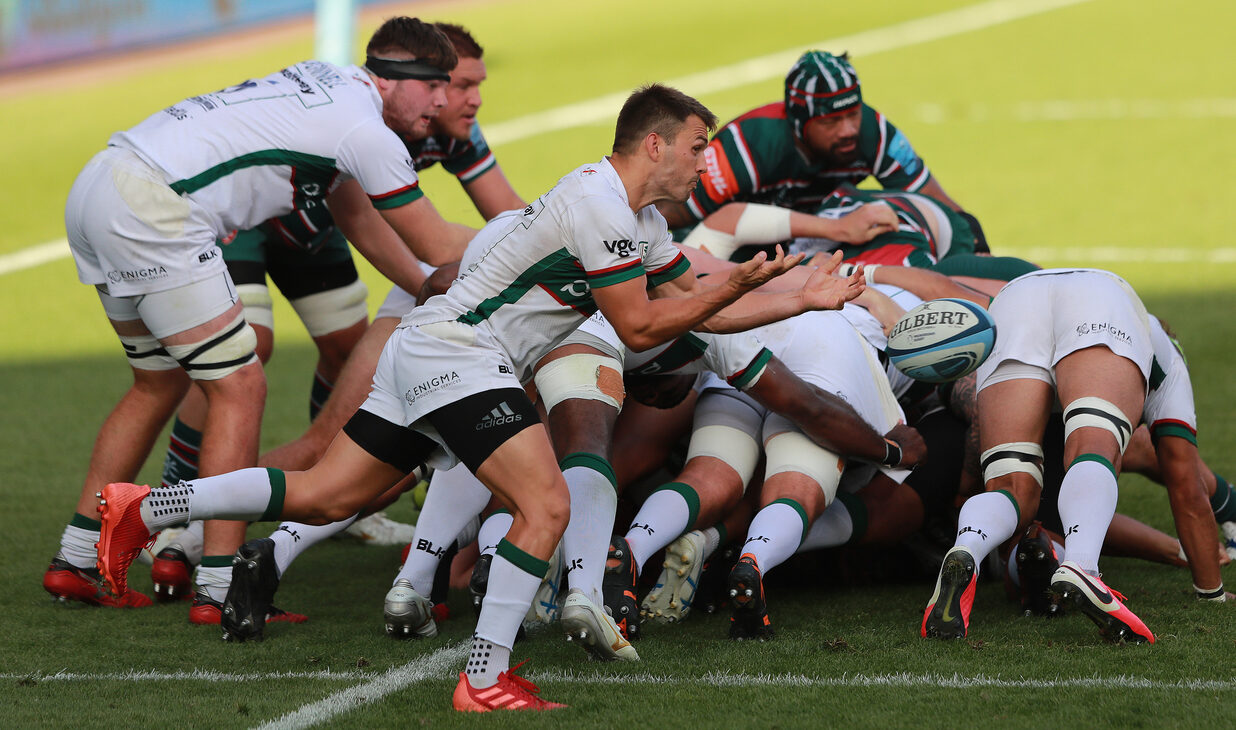 A frenetic start saw both sides throwing the ball about early on, but all too often efficient play from both sets of backs ended with penalties being conceded at the breakdown.

From the latest infringement on seven minutes, Tigers’ fly-half George Ford kicked the opening points of the contest, from 43 metres out, to give the hosts an early 3-0 lead.

Irish grew into the half after that early penalty kick, and Motu Matu'u's big hit in midfield certainly let the Tigers know the visitors were in the game.

A quarter of an hour in and a lot of the game was being played on halfway, until an exquisite kick from Paddy Jackson eased Irish into the Tigers' 22 for the first time.

Both sides continued to show a willingness to attack as the half neared its midway stage, with Curtis Rona the latest Irish player to break through the Tigers’ backline with a surging run.

Tigers thought they'd extended their lead on 22 minutes, but Tom Youngs' effort was ruled out by the TMO.

The hosts weren't to be denied though, scoring from the resultant phase of play, as David Williams touched down in the corner – with Ford kicking the subsequent conversion from the right hand touchline.

Undeterred by that setback, Irish continued to ask questions of their hosts, enjoying phase after phase of possession in the 22, only to be denied by a determined Tigers defence.

It looked like Declan Kidney's men would be rewarded on the stroke of half-time, only for a big hit on Albert Tuisue denying Irish ten metres out.

Buoyed by their 10-0 advantage at the break, Tigers started the second period in determined fashion, forcing their way deep into Exiles' territory inside the opening moments of the half.

The hosts were awarded a scrum penalty on 45 minutes, which Ford dispatched with ease to make it 13-0, leaving the Exiles with it all to do.

Irish, to their credit, refused to buckle, showing plenty of endeavour and fight, yet it was the hosts who were denied by the TMO again in the 51st minute, when Nemani Nadolo's effort was ruled out for a forward pass.

The hosts were reduced to 14 men on 56 minutes, when Calum Green was shown a yellow card for an offence on his own try-line, as Irish continued to search for their first points of the match.

The try the Exiles craved eventually arrived five minutes later, when – after a period of sustained pressure – Ben Meehan crashed over to reduce the deficit to eight points.

Jackson kicked the extras, to make it 13-7 with 18 minutes remaining.

A third TMO call denied Exiles on 68 minutes, this time for crossing, as both sides rang the changes in a bid to freshen things up in the closing exchanges.

Irish were on top now, but after a period of excellent attacking play through the phases, a penalty award inside the hosts' 22 proved to be the final chance, as Tigers hung on for a 13-7 victory, at the end of a pulsating encounter.