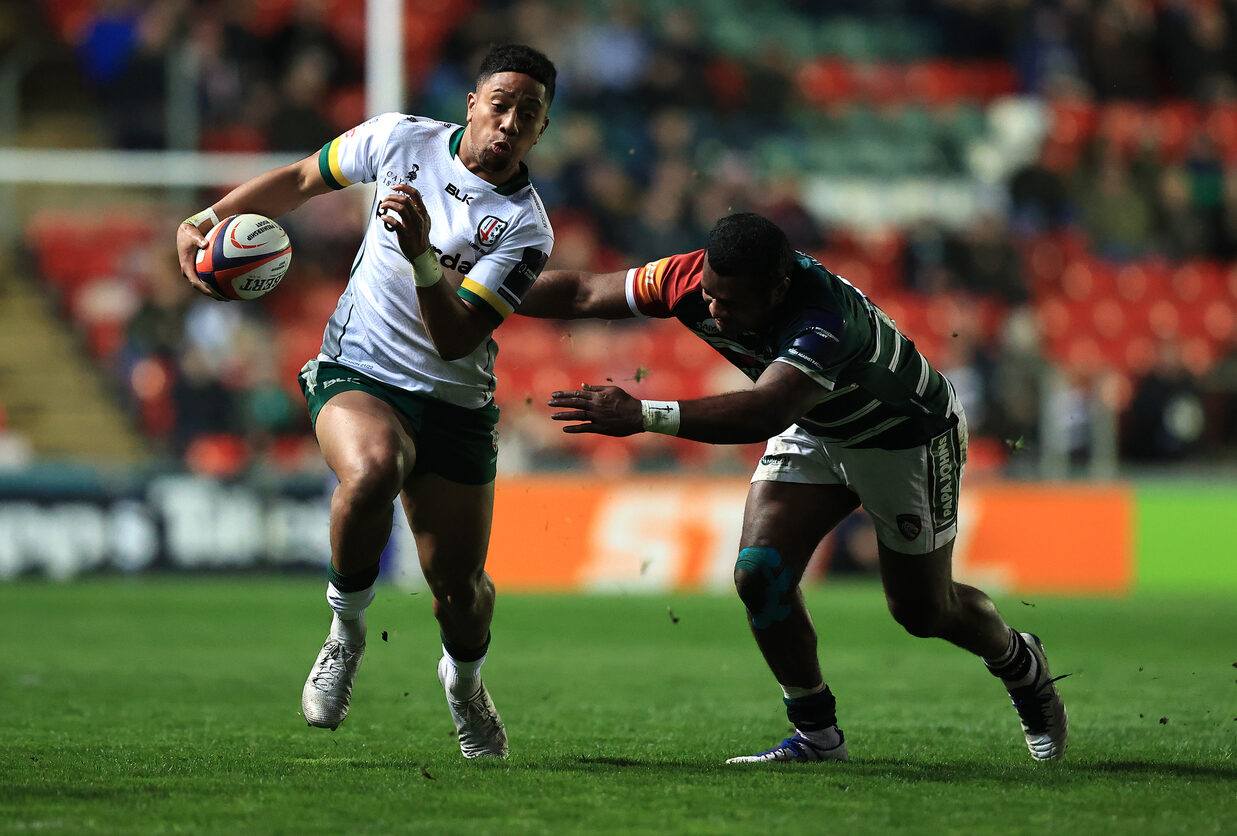 London Irish succumbed to a 41-26 defeat against Leicester Tigers in their Premiership Rugby Cup cross-pool match at Mattioli Woods Welford Road this evening.

Henry Arundell opened the game with a typically scintillating try, his third as an Exile, with Lucas Brooke adding his first on his debut in the opening half.

Tigers went into the break three points to the good and only furthered their lead with three more second-half tries, from Bryce Hegarty, Sean Jansen and Charlie Clare.

Phil Cokanasiga secured a brace in the final 40 minutes with determined efforts that showcased his explosive power, as Irish concluded their Premiership Rugby Cup pool stages as Pool 3 winners and consequently head into the semi-finals of the tournament.

Henry Arundell made the most of a high tempo start for the Exiles, putting the burners on to expose space down the left wing with debutant Michael Dykes in accompaniment, combining with the latter to finish in contact.

A penalty conceded at the scrum for Irish meant a Tigers’ touch finder bedded them well into Exile territory, and the second phase after the resultant lineout Bryce Hegarty was on the end of a neat grubber from Dan Lancaster to touch down in the goal area.

With scores level, Leicester’s defensive work at the set-piece was adjudged against them for a side entry and further offside as play continued, but Irish’s assault on the home outfit’s 22 was brought to an abrupt end after being held up.

It was Irish’s job to then absorb Leicester’s offensive procession, but good work from Cillian Redmond on the right wing forced a turnover in possession to alleviate some pressure.

Another of Irish’s debutants in Lucas Brooke finished off a sensational move at the lineout to regain the lead for his side after Steve Borthwick’s men were penalised at the ruck for the tackler not releasing.

Noel Reid dutifully obliged to take Irish into the corner and a dummy move at the throw-in created space centrally for the England U20 star to register a debut try, with Reid adding his second extras of the night.

Hosea Saumaki was nevertheless found in ample room to dive in for Leicester’s second score before the break with the ball worked wide from a lineout, but Hegarty could not bring the scoreboard back level from the tee.

The Midlands side would have another crack at going in front before the interval at Welford Road, and it was centre Juan Pablo Socino to peel off the back off a catch and drive maneuver to leave Irish three behind.

Attack steadfastly transitioned into defence for Irish with a direct run from Phil Cokanasiga breaching into the 22, only for a loose pass to be latched onto by Hegarty, kicking into space to touch down and gain a foothold in the affair.

Cokanasiga would have his moment soon after, bagging a sensational first try of the campaign with his jinking footwork navigating him through little space and numerous Leicester bodies to score.

Tigers went over with another from a rolling maul, this time by Charlie Clare, but Cokanasiga bagged a brace in perhaps even more exceptional circumstances than his first.

The vibrant centre bagged a try-bonus from the restart of Clare’s effort, the ball never truly finding a suitor until Cokanasiga chased and met the ball, finishing by a mere outstretched finger.

With Tigers racking up penalties awarded to them, Dan Lancaster elected to split the posts to take the game away from a two-try deficit for the visitors with ten minutes remaining on the clock.

Irish demonstrated good character however to push on for a fifth try, Redmond being found by an Arundell mispass but the Irishman agonisingly knocked-on due to a last-ditch tackle with the try line beckoning in the game’s last meaningful action.