London Irish earned two bonus points in a 33-31 reverse to Leicester Tigers in Round 11 of the Gallagher Premiership at Mattioli Woods Welford Road.

Julían Montoya opened the scoring for Leicester three minutes in, Api Ratuniyarawa levelling scores with a converted try in the first 20 minutes.

A convincing second quarter from Tigers saw scores from Richard Wigglesworth, Tommy Reffell and Harry Potter before a penalty try for Irish before half-time meant a deficit of 12 was the target to be caught in the second period.

The Exiles were very much the pace-setters returning from the sheds, electric tries from Matt Rogerson, Ollie Hassell-Collins and Tom Pearson bringing the team closer but a Jasper Wiese try on the hour was to prove the difference in the Midlands.

An Olly Cracknell linebreak set the early precedent for Tigers, Irish penalised for not rolling away and the hosts elected to go from the corner.

A neat routine from Steve Borthwick’s side brought them close to the whitewash but it was only several phases later that Leicester were in front from a Julían Montoya pick and go.

Leicester was deemed offside from a Freddie Burns kick from hand, and an excellent touch finder from Paddy Jackson shunted Irish deep into Tigers’ territory and into the opposing 22 for the first time.

Working off the lineout, Irish played quick ball to march to the try line, Api Ratuniyarawa going round the fringes and into the goal area but was held up. 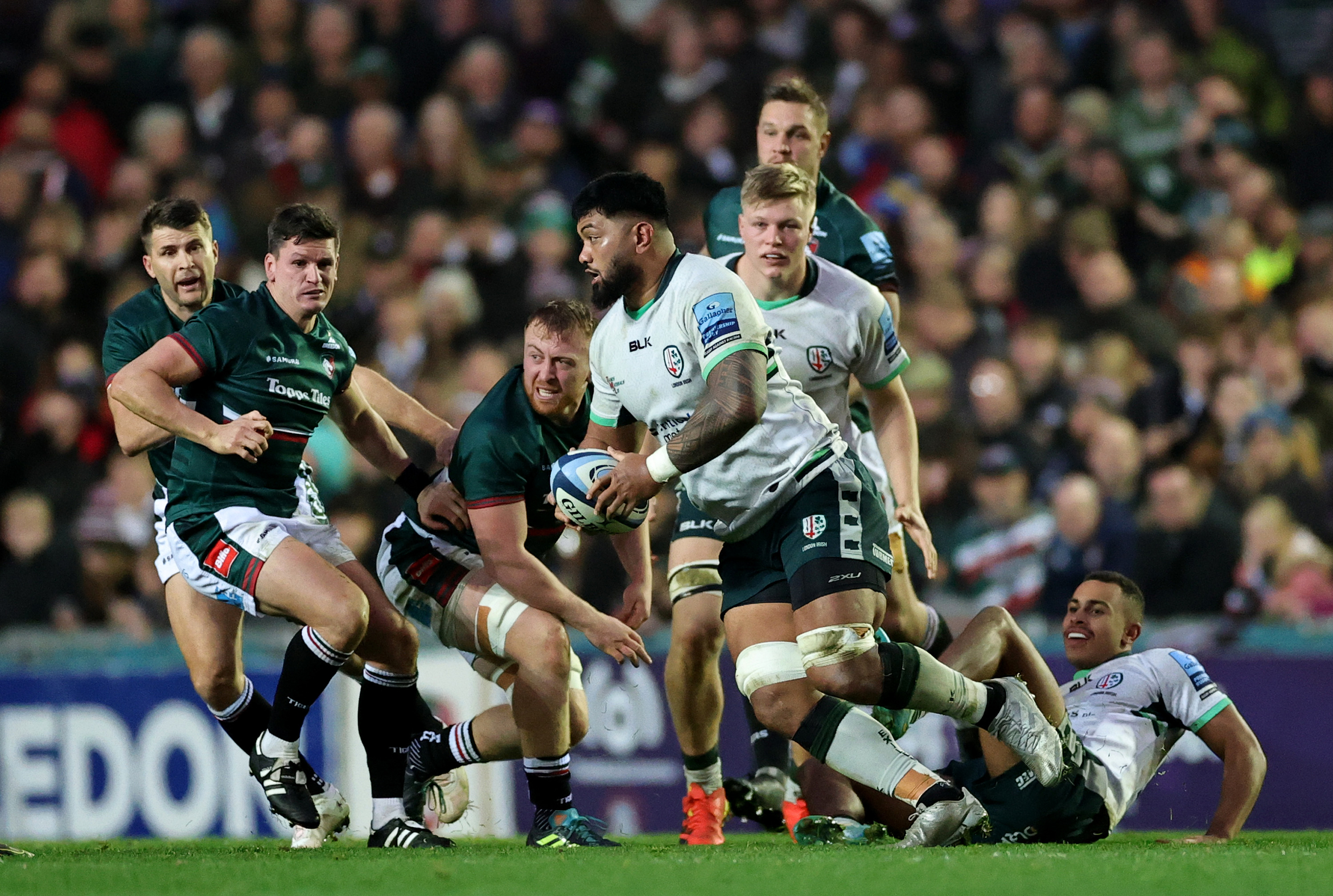 The Exiles didn’t go away nevertheless, Leicester next charged with not releasing at the ruck and once again the corner was utilised by Irish, utilising the maul for more time this occasion.

The ball was worked infield to the towering Fijian for a second attempt at five points, this time succeeding, and Irish were level with Jackson’s extras.

After a loose restart, however, Tigers won a penalty from the resulting scrum and opted for a lineout move once more, Richard Wigglesworth spotting a gap down the blindside to dot down under pressure from Ollie Hassell-Collins.

Irish done well to get themselves out of trouble after a smart kick from Burns located Tigers in Irish’s 22, an excellent rolling maul also leaving the hosts no option but to go in at the side.

Declan Kidney’s men could then clear their lines, but careless play saw Tigers breakaway from their own 10 metre line and eventually touch down through Harry Potter, Burns converting.

The travelling side looked in trouble once more, pulling their opponent down at the lineout handing Burns a chance to shift his side up the park.

They were repelled in one lineout move, but an attempt to collapse the maul saw play bought back for Tigers and the set-piece proved fruitful once more off the maul via Tommy Reffell, Tigers then 19 to the good.

Initially not rolling away, Irish reaped the benefits of some ill-discipline from their challengers before another infringement from Tigers, this time at the ruck, awarded a chance for more points before the break.

A collection of the lineout from one Benhard Janse van Rensburg initiated the Irish ascent, Tom Pearson then the designated carrier but Cracknell’s illegal intervention in pulling down the maul awarded the west Londoners a penalty try. 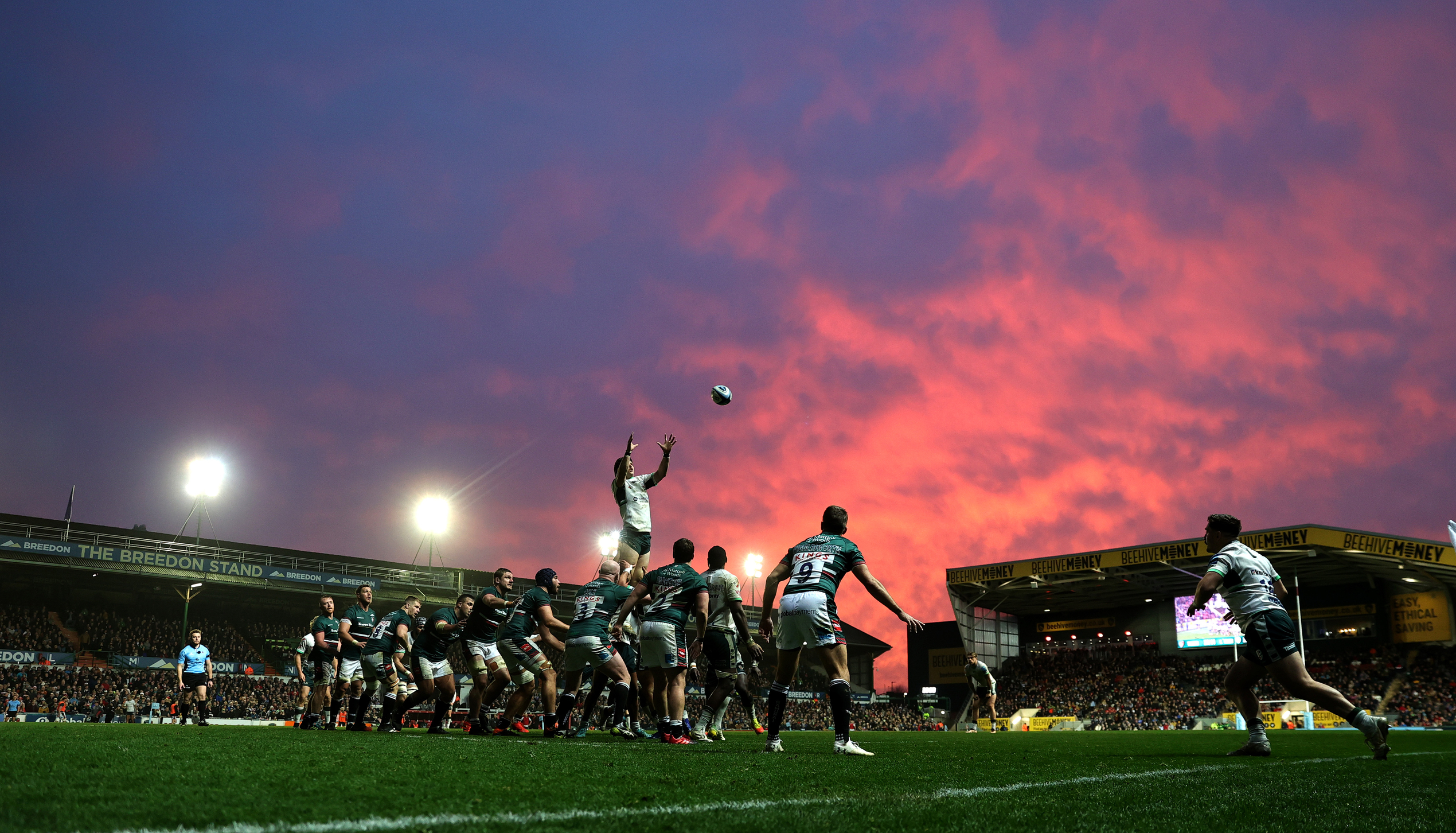 Van Rensburg’s cracking hit in midfield was followed shortly by great work over the ball from Agustín Creevy, but a transfer of the ball through the maul meant possession was switched out of Irish’s hands heading into the sheds.

Tigers felt the pressure with unforced errors in the early stages of the second period, Benhard Janse van Rensburg involved in the lineout once again and captain Matt Rogerson peeled off the maul and over the line on his 99th appearance.

Irish smelled blood and a typical industrious turnover from Tom Pearson set his side in motion, Hassell-Collins sprinting over 60 metres in an incredible tour-de-force of a run, beating several defenders in his move to the try line - scores were level.

Replacement for Tigers Jasper Wiese was to restore parity for Tigers from short range with a converted effort, but there was more to come from the Exiles.

Hassell-Collins was to have a hand, or foot, involved in the next score, fielding a cross-field ball from Jackson to then punt forward twice and collect the ball on each occasion before being brought down in an excellent display of individual class.

The ball was recycled to a marauding Tom Pearson, who bustled his way over the line but a missed conversion meant Tigers stayed with their noses in front.

A collapsing of the scrum on Irish’s part didn’t do the Exiles any favours in the short-term, a strong maul moving Leicester forwards but a later audacious drop goal attempt from Burns went awry.

He would once again go from the posts, this time from halfway, after Irish collapsed a scrum and his second attempt at three points fell just short.

It was clutch time now, Irish two points behind with eight minutes remaining but a Wiese turnover at a lineout maul gave Tigers a scrum in their own 22, and with another consistent showing at the set piece saw another penalty conceded for Irish.

Tigers closed out the game with successive penalties, knocking on the door for a last-minute try to deny Irish a losing bonus but a penalty conceded of their own around the fringes meant the Exiles walked away with two points from Mattioli Woods Welford Road.