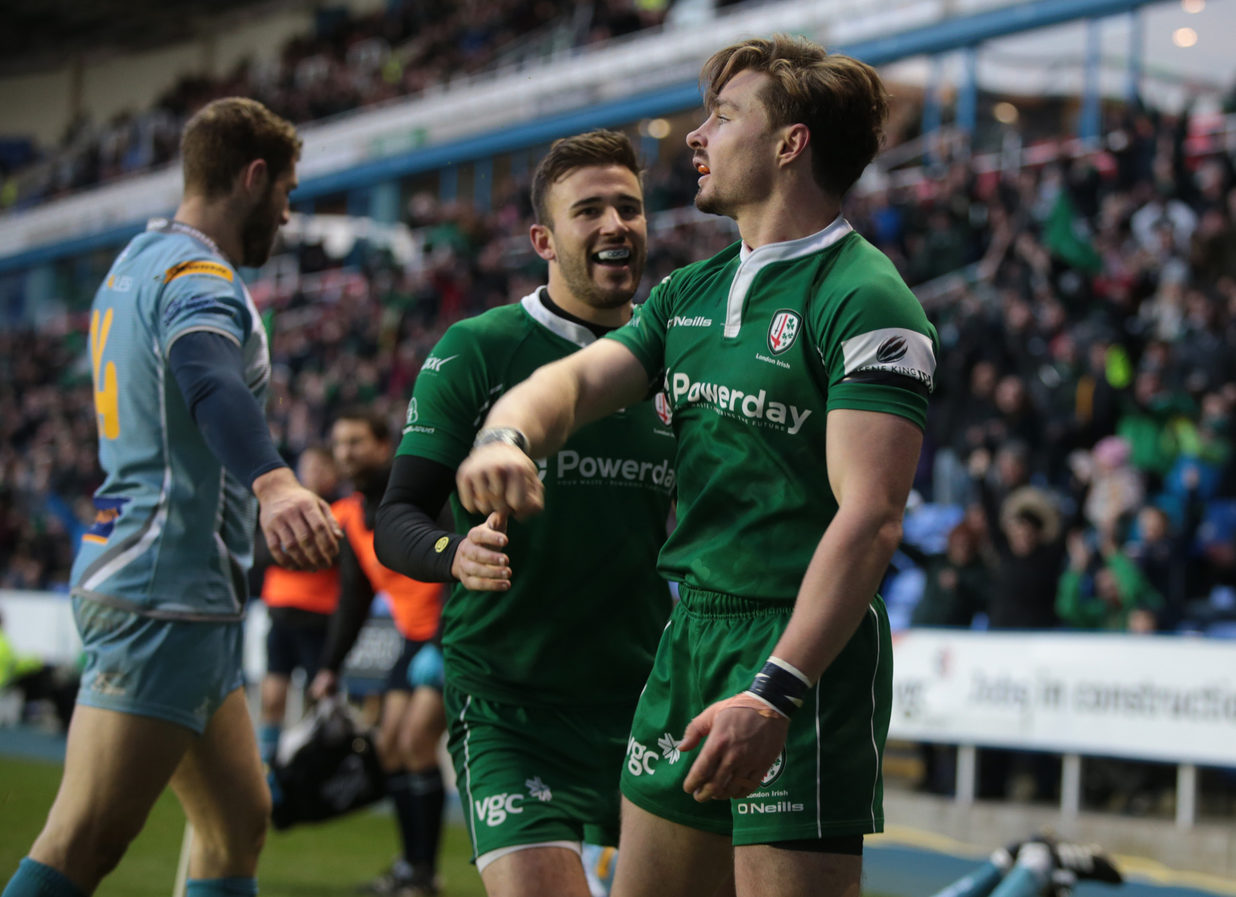 The Exiles, spurred on by a hearty crowd, ran in five tries to underline their promotion credentials and stretch their winning run to eight league games and 10 in all competitions.

17-10 at the interval, the next score was pivotal to the outcome of the contest, and Ransom’s try on 65 minutes proved to be the catalyst for the maximum point triumph. Marshall’s quick-fire double immediately followed to ensure a seventh successive bonus-point.

After Joe Ford had given Carnegie the early initiative with the boot on four minutes, Ransom exploded into action, crossing for the Exiles’ first try thanks to a neat offload from Blair Cowan. Tommy Bell, who racked up 32 points against London Scottish last weekend, picked up where he left off as he slotted home the conversion to make it 7-3.

Bell extended Irish’s advantage to 10-3 with a penalty on 15 minutes and eight minutes later Tikoirotuma darted in at the corner for a well-worked try. Lineout steels from George Robson helped Irish gain good field position in which to attack, and quick hands in the backline yielded the score. Bell’s radar boot made it 17-10.

As Irish looked to push home their advantage with further scores, Carnegie hauled themselves back into the game by virtue of a Jonah Holmes try. The hosts looked to counter and with an overlap on the far side, Gerrard Ellis’ floating pass was plucked out of the air by Holmes, who scampered in for the try. Ford’s simple conversion closed the gap to 17-10.

Bryan Redpath’s men came out for the second period in positive mood as they looked to puncture holes in Irish’s defence, but the visitors were unable to find a way through.

With just a converted try separating Carnegie from parity, Bell’s audacious penalty from just inside his own half increased the deficit to 20-10. There was more reason to celebrate on 65 minutes as Ransom’s predatory instincts produced the Exiles third score and his second of the afternoon. Bell, again added the extras for a 27-10 lead.

Pushing for the bonus-point, Irish got their reward in the shape of Marshall, the New Zealander scything his way through three would-be tacklers to touchdown under the posts. Bell’s conversion added further gloss to the score line, before Marshall grabbed his second moments later, crashing over following excellent build-up play. Bell made it 41-10 with the boot.

Carnegie flyer Holmes dotted down in the last minute for a converted try, but it would not tarnish what was a well-earned victory for an Exiles outfit very much on the march at present.