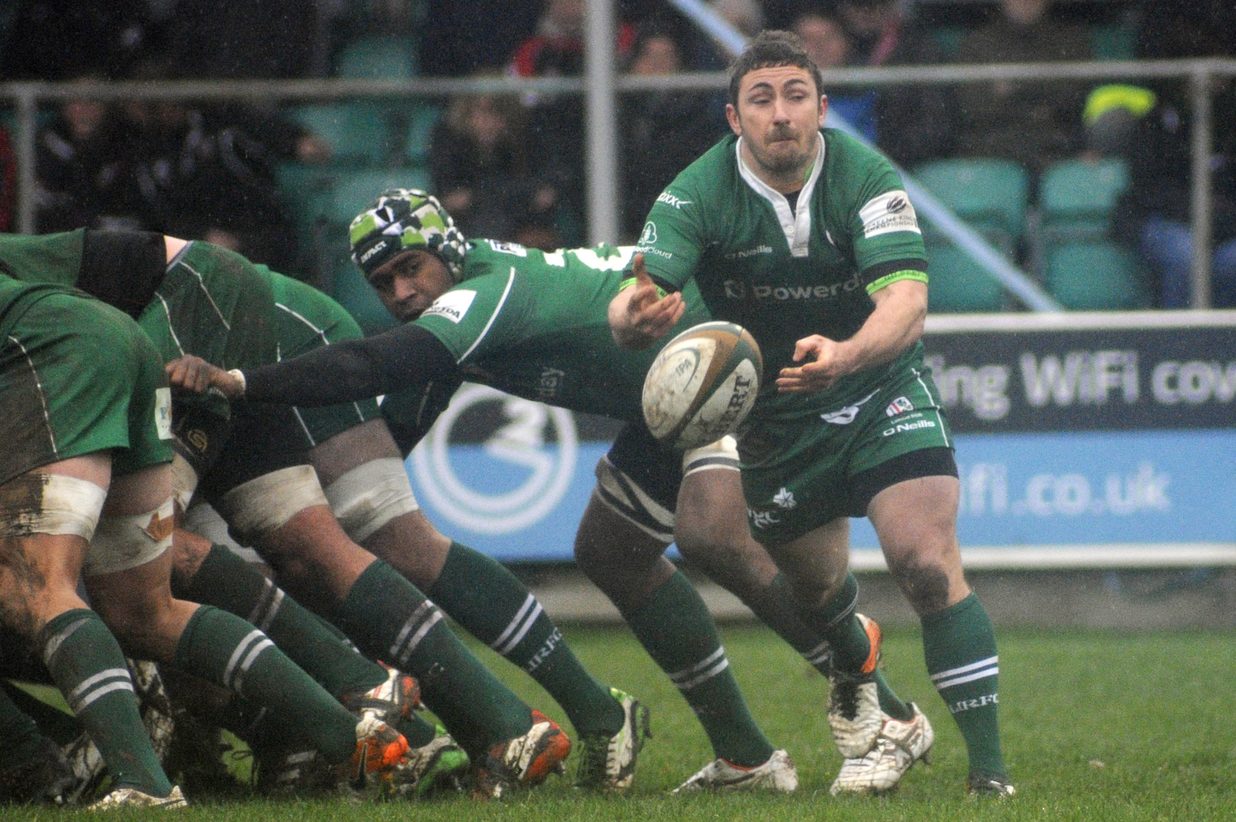 London Irish made it 11 wins out of 11 in the Greene King IPA Championship with a 38-10 bonus-point victory at Rotherham Titans.

Irish, who made seven changes for the trip north, were good value for the win despite a valiant performance from the Titans.

After Bell put Irish three up inside the opening exchanges, winger Cokanasiga crossed in the corner for the first try of the contest. The powerful 19-year-old crashed through three would-be tacklers before diving in at the corner to the delight of the travelling contingent on the terraces. Clean ball at the lineout set the platform for a swift Exiles attack, culminating in Cokanasiga’s second league try of the campaign. Bell’s conversion made it 10-0.

Cokanasiga soon turned provider, sucking in two Titans defenders with his sheer brute strength before offloading to Bell on the inside for try number two. Bell converted his own score to increase the margin to 17-0.

Seemingly coasting to another bonus-point triumph, Irish were given food for thought when Rotherham demonstrated character and resilience in abundance to haul themselves to within just seven points of their southern counterparts going into the break.

Two minutes after Bell had crossed for his converted try, Titans hooker Joe Graham reduced the deficit as he burrowed over following a driving lineout. The former Newcastle Falcons front-rower marshalled a dominant rolling maul to get the hosts back into the game. Ryan Caolan, Rotherham’s number-10, kicked the conversion to make it 17-7 in favour of Irish.

Indiscipline from Irish at the breakdown and in the scrum gave Rotherham perfect field position in which to attack. However, Nick Kennedy’s men stood firm to heavy Titans pressure, reducing them to a kick at goal which Ryan duly obliged with to send his side into the interval just 17-10 down.

Finishing the first stanza on the back-foot, Irish were immediately out of the blocks in emphatic fashion when play resumed, Bell crossing the whitewash for his brace.

The man from Devon was in sublime form, pulling the strings from full-back with the return of James Marshall to fly-half. Bell converted his own score to extend Irish’s advantage to 24-10.

With the hour mark looming Irish secured the bonus-point through Cokanasiga, who eased in at the corner on the back of a free-flowing move involving Ciaran Hearn and Mike Coman. Bell’s sweetly struck conversion got Irish over the 30-point mark.

Try number five rounded off a solid Exiles display with 10 minutes remaining when Steele latched onto Hearn’s grubber to touchdown under the posts. Bell added gloss to the scoreline by adding the extras to end the game 38-10 and stretch Irish’s winning run to 13 games in all competitions.

Tickets are available for the Exiles’ next home game against Cornish Pirates in the B&I Cup on Sunday 11th December (kick-off 3pm) by calling 0118 968 1016 or click here.