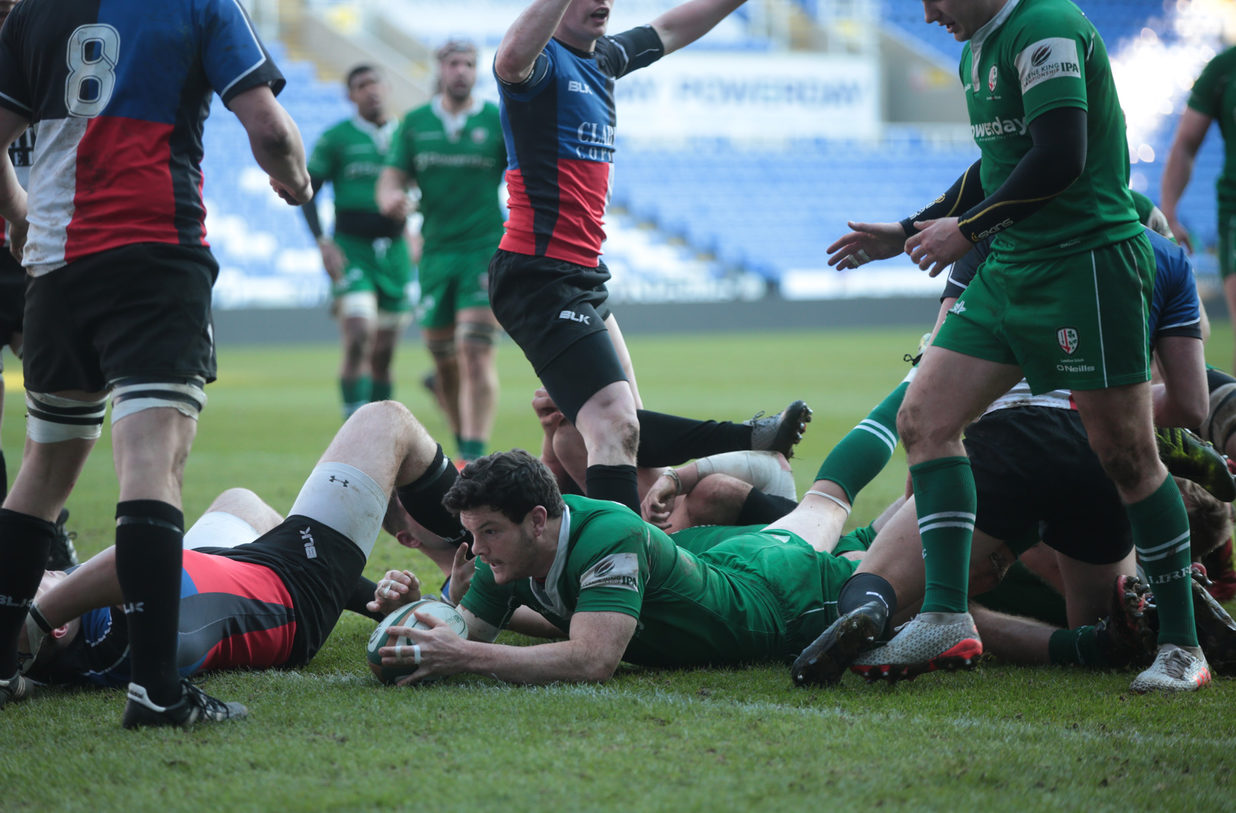 Ospreys Premiership Select inflicted London Irish’s first defeat of the season, the Welsh outfit securing a narrow 26-24 victory in the British and Irish Cup at the Madejski Stadium.

Joe Thomas’ try with five minutes to go capped off a superb second half fight-back and sparked scenes of jubilation at the final whistle for the Swansea-based club.

Further scores from Phil Jones, Kieran Williams and a brace from Thomas means it is one defeat in 19 games for the Exiles. Johnny Williams, Ciaran Hearn and Ollie Hoskins crossed for Irish.

The visitors struck the first blow as early as the first minute, Jones scything in at the corner after the ball was turned over at the breakdown inside Irish’s 22. Luke Price made no mistake with the conversion to put the Ospreys 7-0 ahead.

Greig Tonks reduced the arrears to 7-3 with a penalty on 14 minutes as Irish began to inject some rhythm into their game. Nick Kennedy’s men enjoyed a period of sustained pressure at the midway point of the first half, and their endeavour in attack was rewarded when Williams took a neat offload from Scott Steele to crash over for a try on his return from injury. Tonks edged Irish 10-7 in front with the subsequent conversion.

Irish doubled their try-scoring tally for the afternoon eight minutes later, this time Canadian international Hearn touching down on the back of a clever jinking run from winger Matt Williams. With the whitewash working against him, Williams ducked inside to set the platform for Hearn to score. Adding the extras, Tonks gave the hosts’ the advantage at 17-7 going into the break.

Irish came out for the second stanza in positive fashion and registered their third try of the contest on 48 minutes through Aussie import Hoskins. The prop emerged from a pile of bodies having scored what the majority of the 2,205 crowd thought was the decisive try of the match. Tonks certainly had his kicking boots on as he stroked home the touchline conversion to make it 24-7.

However, the Ospreys to their credit showed excellent composure coupled with quality in abundance to score three tries in 25 minutes to turn the game on its head. Williams was the catalyst for the comeback, crashing over from close-range on 55 minutes, before Thomas bagged the first of his two tries 10 minutes later.

Trailing 24-21 with merely five minutes left on the clock, potent-runner Thomas broke through on the outside and fended off Irish winger Topsy Ojo on the way to the line. Price sliced his conversion, but it would not have any bearing on the outcome as the Ospreys held onto their slender lead to earn a memorable win for the development side.