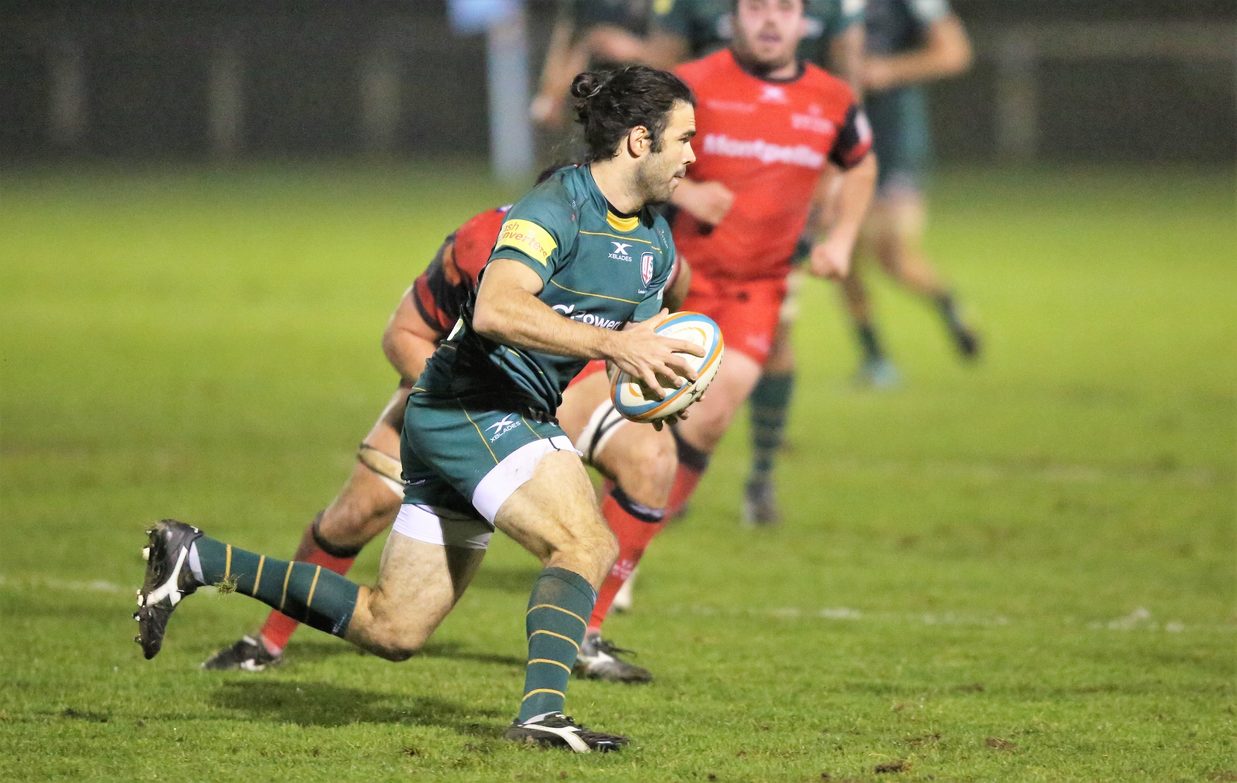 London Irish extended their lead at the top of the Championship table to five points with a maximum haul from Hartpury.

While Hartpury looked to use their pace after receiving the kick off it was Irish who got off to the fast start, Matt Williams going over in the fifth minute for his third try in as many matches.

After spreading the play left and right to work the ball from halfway to the 10-metre line, Irish were awarded a succession of penalties, all of which were sent to the far touchline.

To their credit Hartpury’s lineout defence was firm enough – even if their over-eagerness was getting on the wrong side of the referee – but there was no stopping Williams, who came off his wing to power through the first tackler, sidestep the second and then go over the whitewash.

Any thought that Hartpury might fold was quickly brushed aside, however, as they had the better of both possession and territory for the remainder of the opening quarter. As Irish had done, Hartpury sent a couple of penalties to touch and got over the gain line on a few too many occasions than the men in green would have wanted.

But Irish’s defence did not crack, forcing a fumble in the first attack, a penalty in the second, and then superbly forcing Hartpury back fully 50 metres in their third with some outstanding pressure.

Back on their own 10-metre line Hartpury boot was finally put to ball, and then Irish showed just how dangerous they could be with a sucker-punch of an attack. Luke McLean collected the kick and then ran a switch with Topsy Ojo, creating enough space for the winger to carve his way up the right touchline. Ojo collected his own kick ahead superbly, and with green shirts flooding upfield another score looked likely.

And so it came, Ben Meehan darting over from close range between the sticks, and with Myler slotting over the conversion all of a sudden Irish were two scores in front.

Try number three came before the half-hour, McLean again sparking the attack. An exchange of kicks had looked pretty aimless, but when Hartpury’s chase became disjointed the Italian international spotted the space and headed left, drawing the final man before sending a lovely pass to the speeding Tom Stephenson over in the corner.

The score was a cracker, made all the better by Myler’s touchline conversion, but back again came Hartpury, sending a succession of penalties to the Exiles’ five-metre line and going a man up when referee Greg Macdonald’s patience ran out, Franco van der Merwe the player to see yellow.

Eventually the pressure told, Dan Murphy going over from close range, and if truth be told it was nothing more than the hosts deserved for their efforts in the opening 35 minutes.

But they nevertheless found themselves seven points further down before the break, Irish turning the ball over at the kick off before working their way upfield to create the position for Dave Porecki to score, Myler adding the conversion.

The Exiles came bursting out of the blocks in the second half, Ojo cruising over unopposed three minutes after the resumption of play. The plaudits went to Stephenson, whose awareness of not being held and speed off the mark took Irish from one 22 to the other in the blink of an eye.

This meant that the sin-bin period had been won 14-5, but while the hosts now faced a steep mountain to get back into the contest they remained undeterred, providing one of the moments of the third quarter with Iain Grieve’s burst.

Williams was equally dangerous a minute into the final quarter, Fergus Mulchrone tackled into touch by a desperate tackle, and a lightning Meehan break was only ended by a last-ditch ankle-tap deep in the home 22.

Both times the finishing touch remained frustratingly elusive, but when Hartpury infringed one final time and the forwards set up a powerful maul Scott Steele was at the end of an offload to round off the match in a positive fashion.

London Irish return to the Madejski Stadium for the first time in a month on January 13th, hosting Richmond in the Championship. Tickets remain available via ticketing.londonirish.net