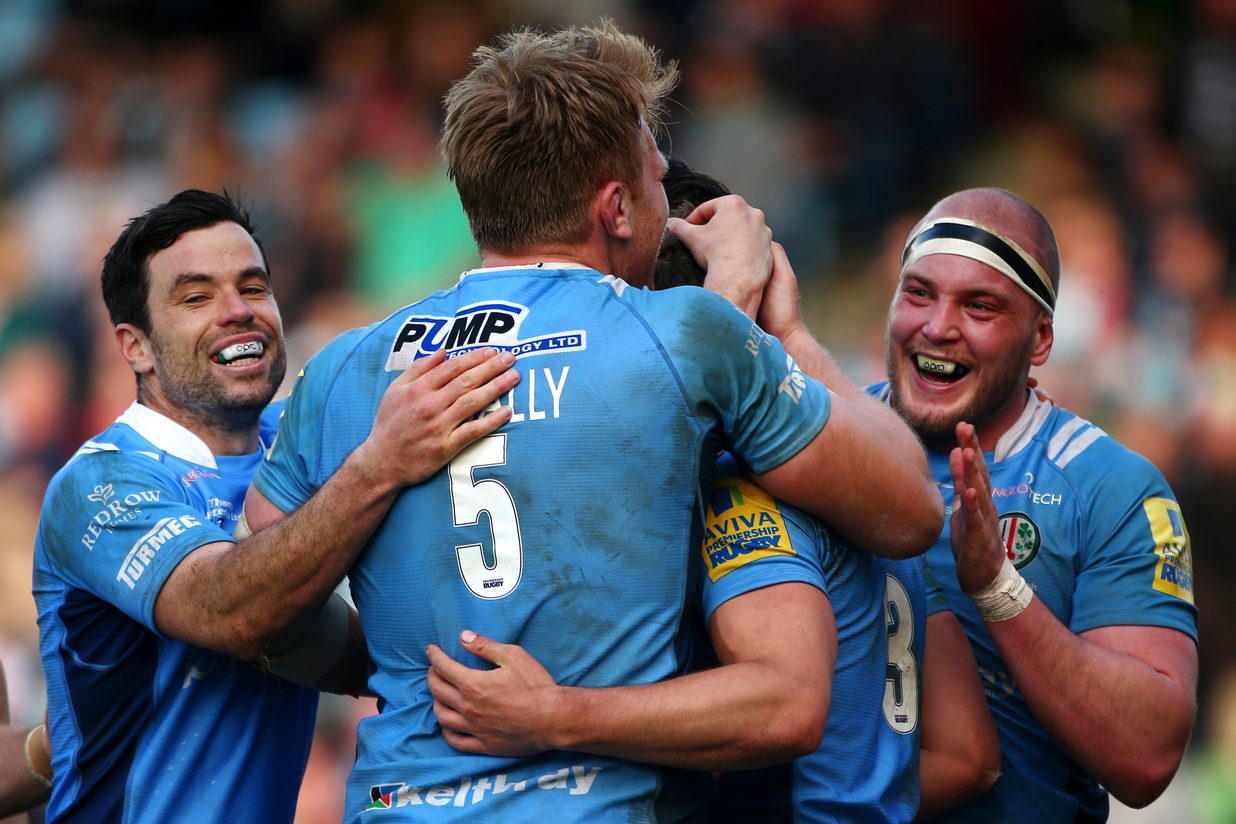 London Irish ran riot at The Stoop, securing a well-deserved bonus point victory over Harlequins to keep their hopes of staying in the Aviva Premiership alive.

A brace from Piet van Zyl coupled with further scores from Tommy Bell and Tom Fowlie earned the Exiles back to back triumphs over John Kingston’s men in what was David Paice’s 200th Aviva Premiership appearance.

And despite Worcester winning 27-13 against Newcastle at Sixways, Irish can take real confidence into next week’s game against Exeter Chiefs at the Madejski Stadium.

Irish went in front on 15 minutes, Fowlie the architect with a line break on the near side before offloading to the supporting van Zyl. Tommy Bell, who was impeccable with the boot throughout the afternoon, added the extras to give his side a 7-0 lead. Van Zyl bagged his brace eight minutes later, James Marshall’s cross-field kick finding Alex Lewington who in turn found the South African for a clear run to the line. Bell converted with aplomb to put the Exiles 14-0 in front.

On the half hour mark Northcote-Green registered the Exiles’ third try, the Dulwich-born flanker expertly squeezing in at the corner. Bell cannoned the near post with the subsequent conversion, but Irish held a handsome 19-0 lead.

19-0 up, the next 10 minutes would be crucial as Quins looked to breach Irish’s backline before the break. However, stern Irish resistance in defence including a try-saving tackle from Joe Cokanasiga kept the hosts at bay and Bell’s penalty with the last kick of the first half extended his side’s advantage to 22-0.

Quins came out for the second period in determined mood, but it was the Exiles who added to their lead by virtue of another Bell penalty to increase the score line to 25-0. Quins got themselves on the score sheet on 52 minutes through Jack Clifford, who pounced on some in decision in the Exiles’ in goal area to touchdown. Smith pulled the conversion wide of the uprights.

Not deterred by the concession of a Quins score, Irish kept their composure and continued to play in similar fashion to the first half. Quins’ frustration was underlined by the yellow card shown to Danny Care for persistent infringements, with Irish taking full advantage courtesy of a Fowlie try on 64 minutes.

The London Irish academy graduate latched onto van Zyl’s close-range chip over the top, with the TMO ruling that he got sufficient downward pressure on the ball. Bell’s conversion and a further penalty from the ‘kicking king’ made it 35-5, with Irish remaining focussed to see out the remainder of the match and make a real statement in the Aviva Premiership.