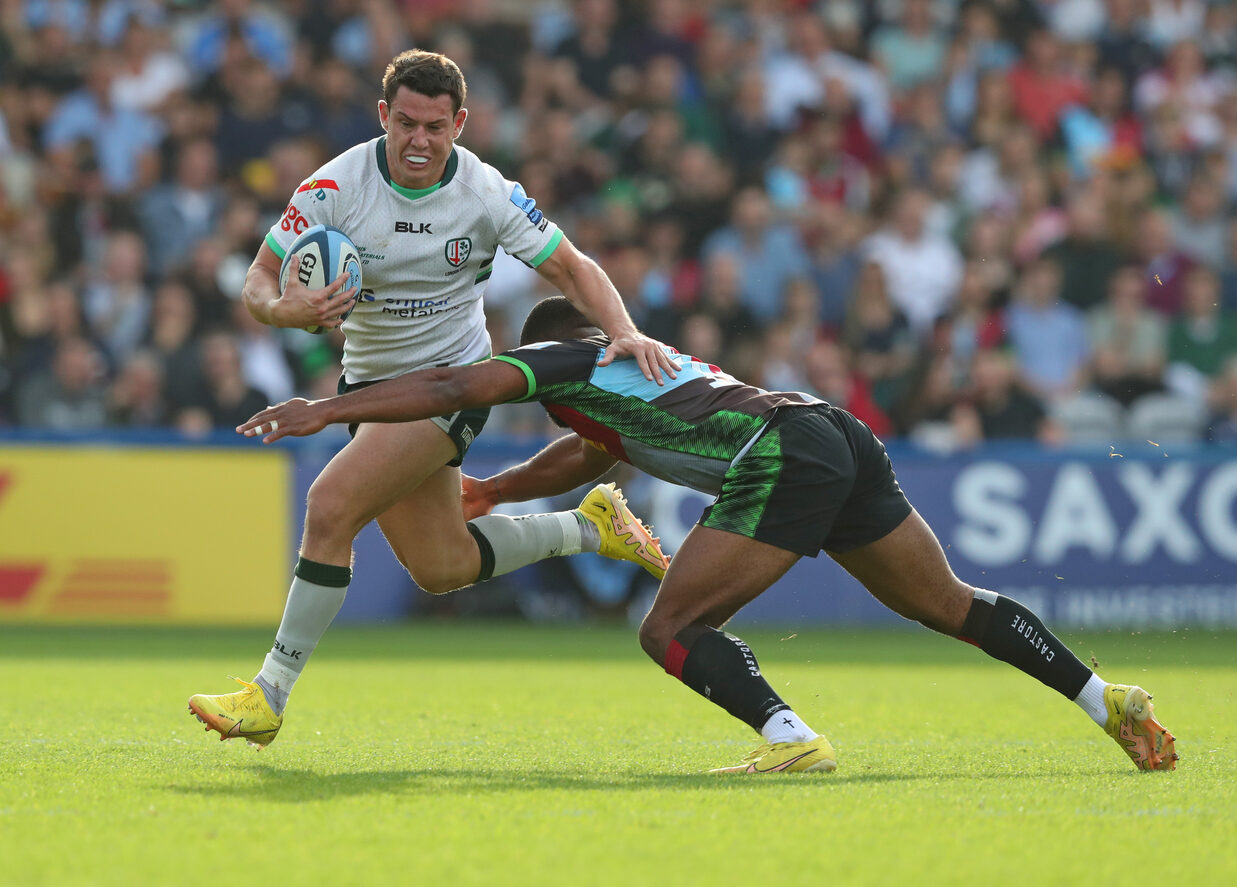 London Irish suffered heartbreak at the Twickenham Stoop in Round 8 of the Gallagher Premiership, losing 26-24 to Harlequins in the last play of the game.

Irish steamed ahead with tries from back-row duo So’otala Fa’aso’o and Ben Donnell, taking a 14-0 advantage into the break.

Tommy Allan scored a deuce of tries into the second period, combined with Alex Dombrandt’s own effort on his 100th Harlequins appearance before Ollie Hassell-Collins’ effort.

A Paddy Jackson penalty handed Irish a three point cushion in the remaining 10 minutes, but a late rolling maul in the last play of the game sent Quins clear with five points from the occasion.

Harlequins made a positive attacking start, excellent covering tackles from wingers Ollie Hassell-Collins and Ben Loader stunting the Quins advance before another intervention from Loader, this time on André Esterhuizen, forced a knock-on at the whitewash.

Groundwork from Benhard Janse van Rensburg to poach the ball back then won possession for Irish, new Quins winger Josh Bassett seeing yellow on his debut soon after for a deliberate knock-on.

Irish situated themselves in the corner with an accurate touch finder from Paddy Jackson, the lineout then being fed to boisterous first receiver So’otala Fa’aso’o to hulk over the whitewash, his first score of his Exiles career with Jackson slotting the extras.

Declan Kidney’s men were reduced to their full complement upon the temporary dismissal of Rob Simmons, penalised by referee Craig Maxwell-Keys for a no arms tackle and the teams were on a level playing field.

A breakdown penalty conceded by Quins in Irish’s half switched possession to the visitors, and working off the set-piece, the ball was spread wide for Tom Parton to take Irish into the opposing 22.

On the recycled ball a kick from hand from Jackson located Loader, and with a fair contest in the air, the ball was retained for another back-row talent Ben Donnell to duck, dive and bustle over in an almost identical position to Fa’aso’o, Jackson making no mistake. 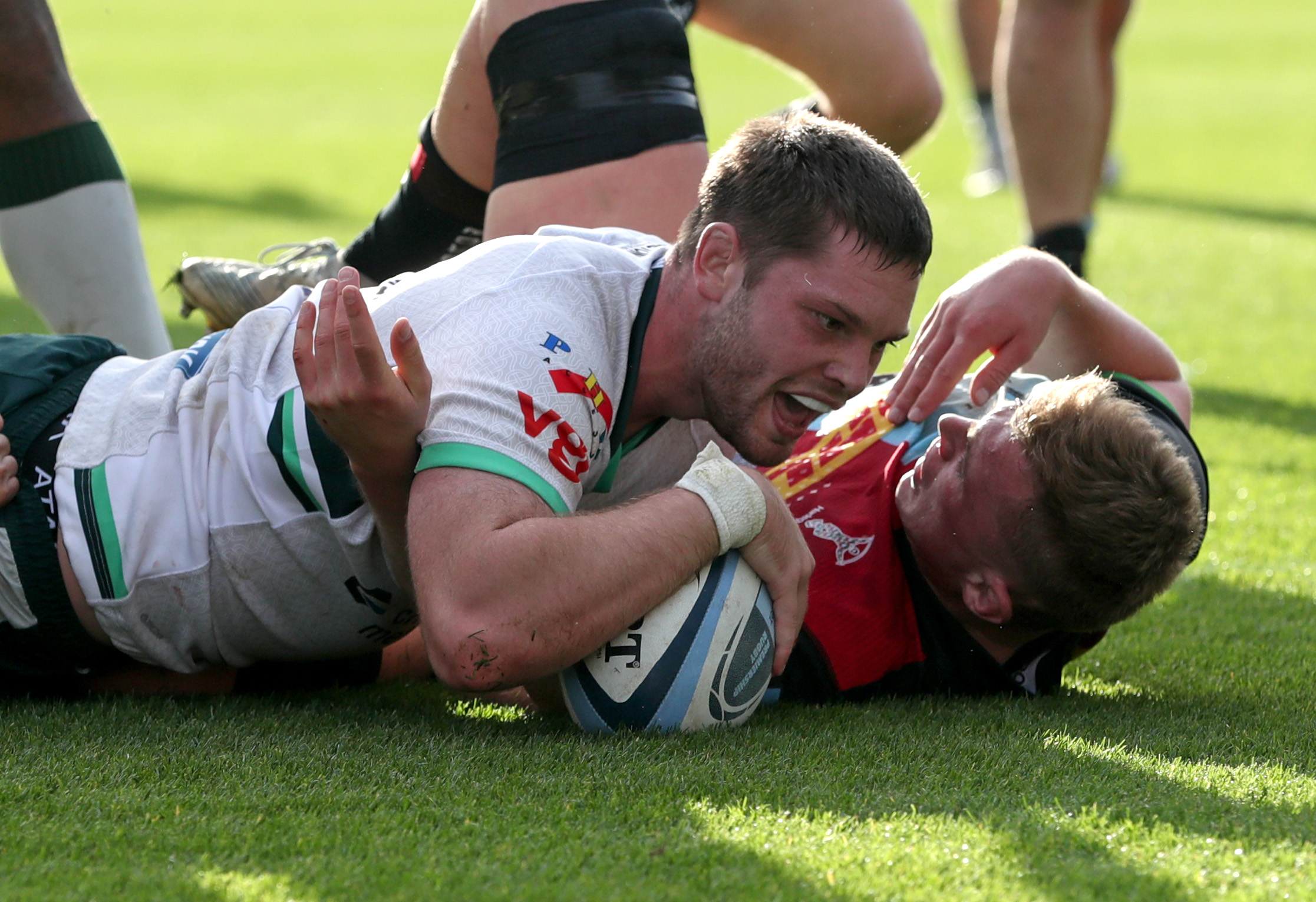 Assured play in the set-piece won Irish their first scrum penalty of the day, and with nothing doing from the lineout, Tom Parton nudged Irish into their hosts’ 22 from hand.

The Famous Quarters conceded a penalty for closing the gap at the lineout, and Irish opted for another put-in but solid work at the breakdown bailed out Quins on that occasion.

Tabai Matson’s team did not go out of the first period quietly, Esterhuizen and Alex Dombrandt’s typical strong carrying progressing their side up the park but a might tackle from Josh Basham forced a spill from the latter Quin.

George Hammond touched down in the goal area for his side before the half’s conclusion out wide, but the ball he received from Tommy Allan was deemed forward and Irish were 14 points clear going into the sheds. 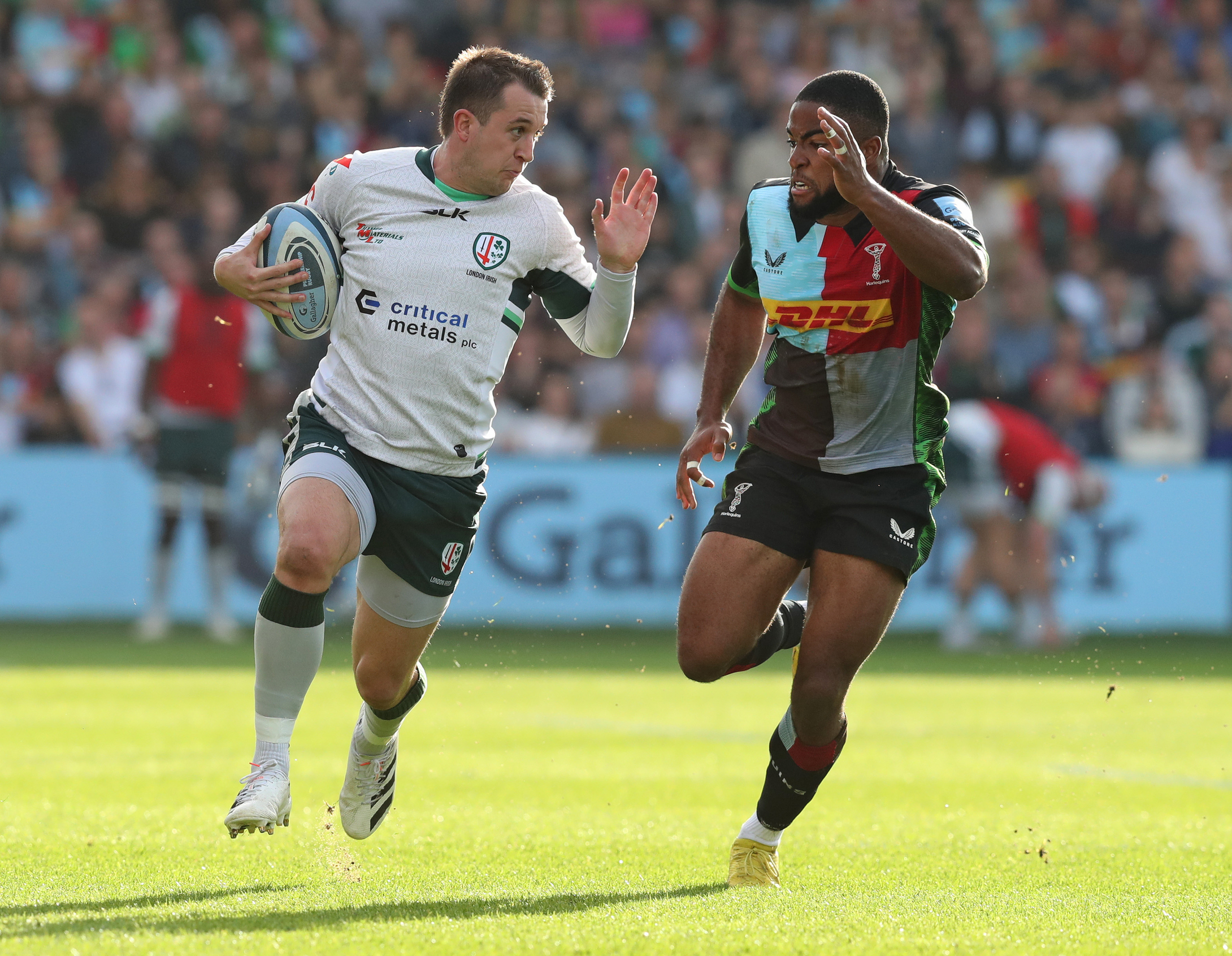 The home side came flying out of the blocks and half-back pairing Danny Care combined with Allan to send the Italian international through under the posts, Irish also dealing with another card, a red one this time, issued to Ben Donnell for a high tackle.

Irish retorted almost immediately, swift hands putting replacement James Stokes clear on the wide left channel to offload to Hassell-Collins, racing away to the whitewash amid two challenging Quins defenders to dot down.

Alex Dombrandt was to get the next score as the number eight went over despite the efforts of the Exiles, with the rivals much in the ascendency after then earning a turnover in possession in Irish’s 22.

The penalty count racked up for Irish and their adversaries were knocking at the door, Allan the man to draw the Famous Quarters level with a try brace and a third conversion of the afternoon.

The second red of the affair saw Nick David given his marching orders for a shoulder charge on Luca Morisi, who was replaced then by Lucio Cinti. 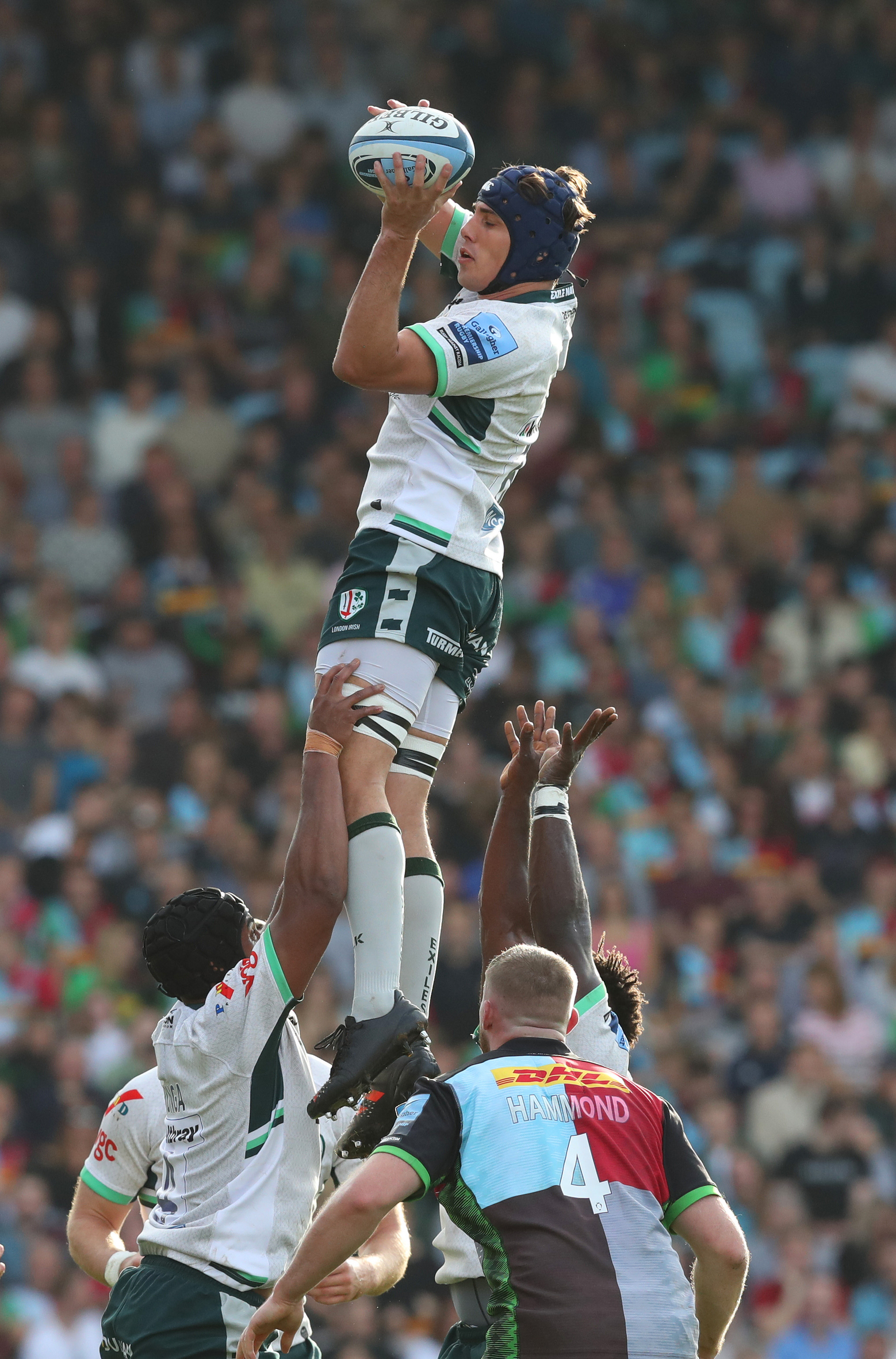 Van Rensburg was on hand to pilfer back possession for the Exiles, phases later the South African the one to lead the Irish charge but play was pulled back for a knock-on.

The powerful Exiles pack won back the ball at scrum time nevertheless, granting Jackson a shot at goal from the 22 metre line centrally, which he slotted to take Irish three points ahead in the final 10 minutes.

A tension-filled final few minutes saw Quins maintain most ball possession, up until a knock-on gifted the Boys in Green the ball back that was reversed then for an early contest at the put-in.

The ball was recycled but a knock-on from Bassett saw another possession reversal, van Rensburg then being contested in the air as the crowd hit fever pitch in west London.

Quins had a put-in, winning a scrum penalty to then go to the corner and roll over from the maul to win it at the death. 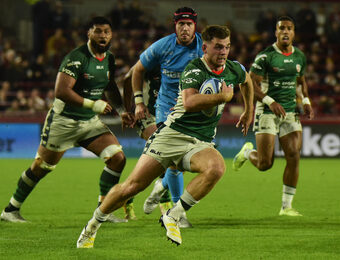