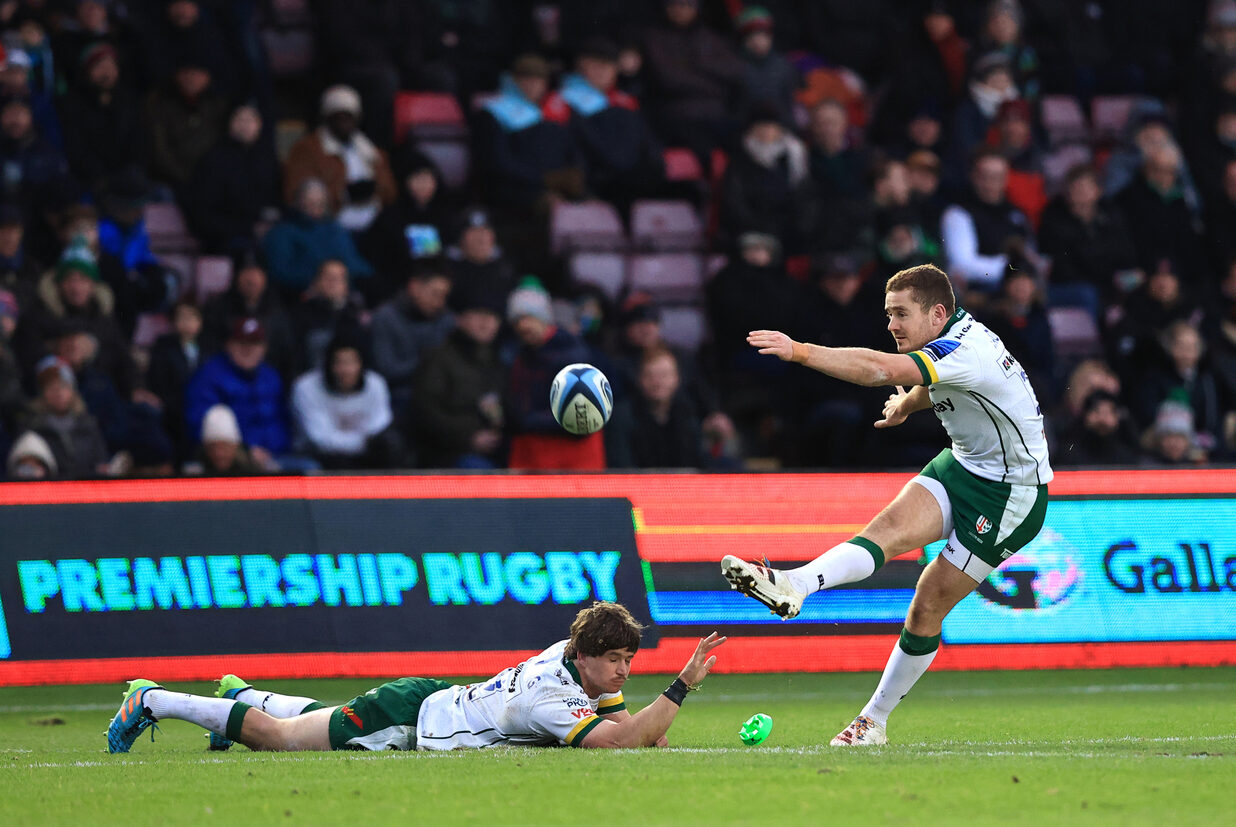 London Irish battled against not just the elements but also West London rivals, Harlequins at The Stoop on Saturday afternoon, winning 22-19 in Round 9 of the Gallagher Premiership.

It was another windy affair at The Stoop for the Round 9 clash with Harlequins, in what seems to be becoming a regular weather forecast for this fixture.

Irish were the first to dent the scoreboard thanks to a Paddy Jackson penalty. The hosts were penalised for not rolling away at the breakdown and the fly-half knocked the easy attempt through the posts.

Quins then set off to put some pressure on the Exiles, showing good attacking flair to push themselves into the Irish half. However, the visitors held firm for the time being.

After 20 minutes, the game hadn’t really materialised into the free-flowing contest that many had predicted in the build-up. But a mistake in the backfield meant that the ball was spilled by Irish and Oscar Beard crossed for a simple try for the hosts. The conversion was added, and Harlequins took a 7-3 lead.

This did not deter Irish. The Exiles then marched up the other end of the pitch and, after a couple of attempts, crashed over for their first try of the match thanks to Agustin Creevy. A rolling maul from a lineout could not be stopped and the Argentina international slammed over the tryline. Jackson’s conversion attempt was successful, and the visitors regained the lead, 7-10.

With four minutes to go in the half, Luke Northmore hit back for Quins. A delayed pass and a slipped tackle allowed for the Harlequins’ man to dot down under the posts. After the simple conversion was added, Irish trailed 14-10. The score didn’t change before the break, and the two teams headed in at half-time with the hosts leading.

For the first 10 minutes of the second half, it was all Harlequins. The hosts peppered away with numerous scrum penalties, but they weren’t able to make the pressure count. Irish gathered a loose ball and cleared up to halfway to relieve pressure.

After all that defence, Irish turned it into attack! Tom Parton made the initial break before the Exiles recycled the ball and a long looping pass allowed for Rob Simmons to cross the whitewash in the corner. The conversion was missed but the visitors were back in front.

The visitors now had their tails up! Albert Tuisue and Curtis Rona both with big carries that eventually led to Irish kicking to the corner from a penalty. Ben White, fresh on the field, spotted a gap and darted through to score Irish’s third of the day. Jackson added the conversion and Irish led 14-22.

There were 13 minutes to go when Harlequins once again struck back. Beard crossing for his second of the day. The conversion was missed but Irish’s lead was cut to 19-22.

Tense stuff – again. With four minutes remaining, Irish were defending with everything they had left in the tank. A knock-on gave Irish a scrum on halfway and you could cut the tension with a knife.

The home side managed to find space out wide and made up some 50 yards, but as the clock ticked into the red, it was Irish who had the last laugh. A series of phenomenal defensive efforts from the pack eventually resulted in a penalty and ensured that a win was in the bag.