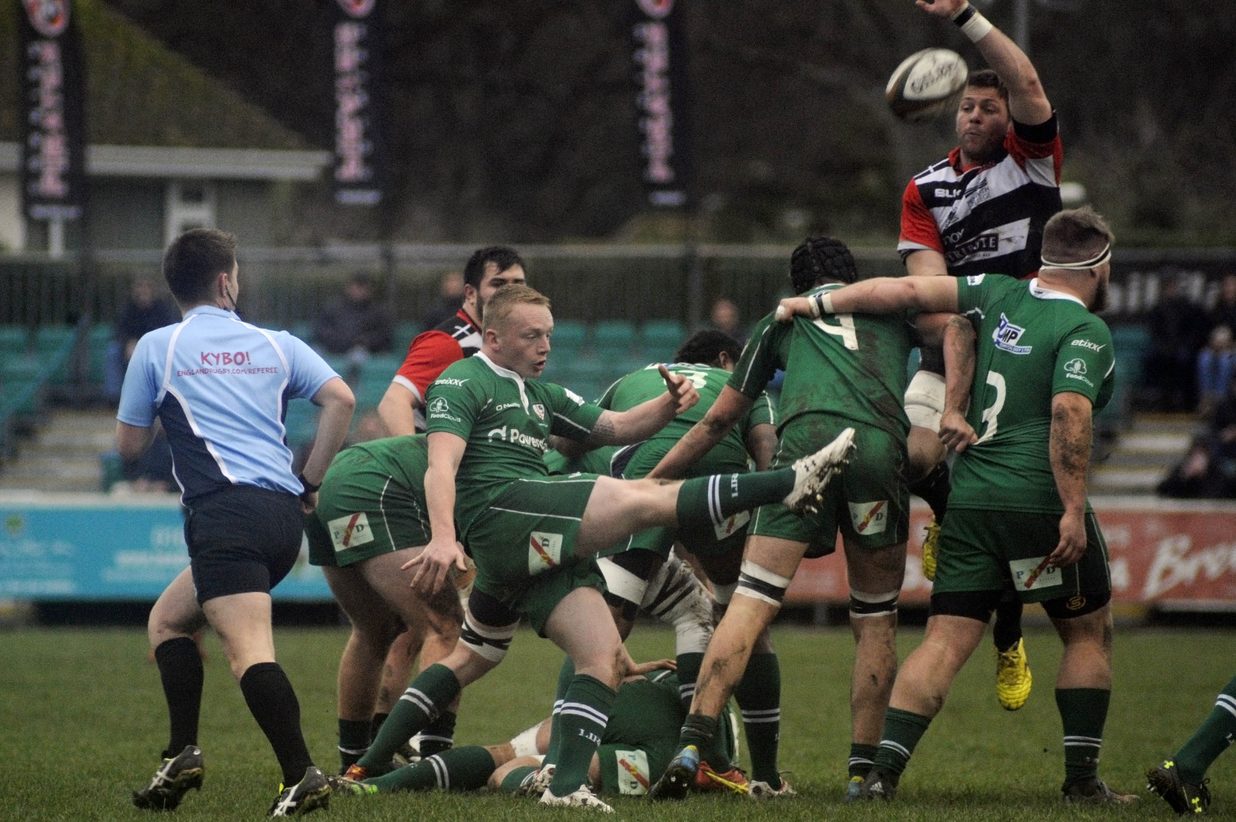 London Irish had to dig deep to keep their unbeaten run intact, edging out Cornish Pirates 17-16 in Penzance in Pool 2 of the British and Irish Cup.

Now 15 games unbeaten, an Irish side littered with Academy talent, grinded out a well-earned victory to all but seal their place in the quarter-finals.

The result could have easily gone the other way, had Pirates fly-half Will Cargill slotted home a conversion a minute from time. Tom Shannon’s try in the closing stages threatened to break Irish’s winning sequence, however Cargill shanked his kick wide.

Conversion aside, the Exiles were in determined mood and more than deserved to leave Cornwall with the spoils ahead of the return of Championship action on Christmas Eve. A smattering of youth showcased professionalism beyond their years to underline the club’s intent to develop home-grown talent.

Irish began the contest brightly and fashioned out the first opening with just two minutes on the clock - Ross Neal’s charge down just inside the Pirates’ half was fumbled by Matt Williams with a clear run to the try line at his mercy.

The opening exchanges were cagey as both sides looked to gain the early initiative in front of an enthusiastic crowd. On 11 minutes it was the hosts who drew first blood through Matt Evans, the full-back stretching over in the far corner. Cargill was unable to convert, but Pirates led 5-0.

Pirates extended their lead to 8-0 moments later, Cargill stroking home a penalty from 20-metres out. Tails up, the Cornishmen were given a further, when Irish hooker Dave Porecki was yellow-carded for a shoulder charge at the ruck. However, resilience, passion and relentlessness came to the fore for Irish as they closed the gap to 8-7 despite being down to 14-men. A well-controlled driving maul from the Pirates’ 22 was finished off by Richard Palframan, the South African touching down under the posts.

The Exiles continued to turn the screw on the home side and went into the break leading 10-8 thanks to Tonks’ penalty. Excellent work from the young pack earned the penalty to ensure Nick Kennedy’s men had the advantage going into the interval.

An emphatic start to the second period yielded Irish’s second score of the afternoon courtesy of Joe Cokanasiga, the England Under-20 latching onto a loose ball to cross in the corner. Tonks’ exquisite touchline conversion increased Irish’s lead to 17-8.

With the Pirates throwing everything at Irish’s defence in the last quarter of the game, you did feel that the next score was pivotal. Showing a steely resistance in defence, the Exiles were hanging on to their lead. A Cargill penalty just short of the hour mark made for a tense finale.

Willed on by a healthy home support, the Penzance outfit managed to find a way through Irish’s defence in the shape of a driving maul. Shannon burrowing over, Cargill’s kick whistled wide of the near post and Irish could celebrate a hard-fought triumph.