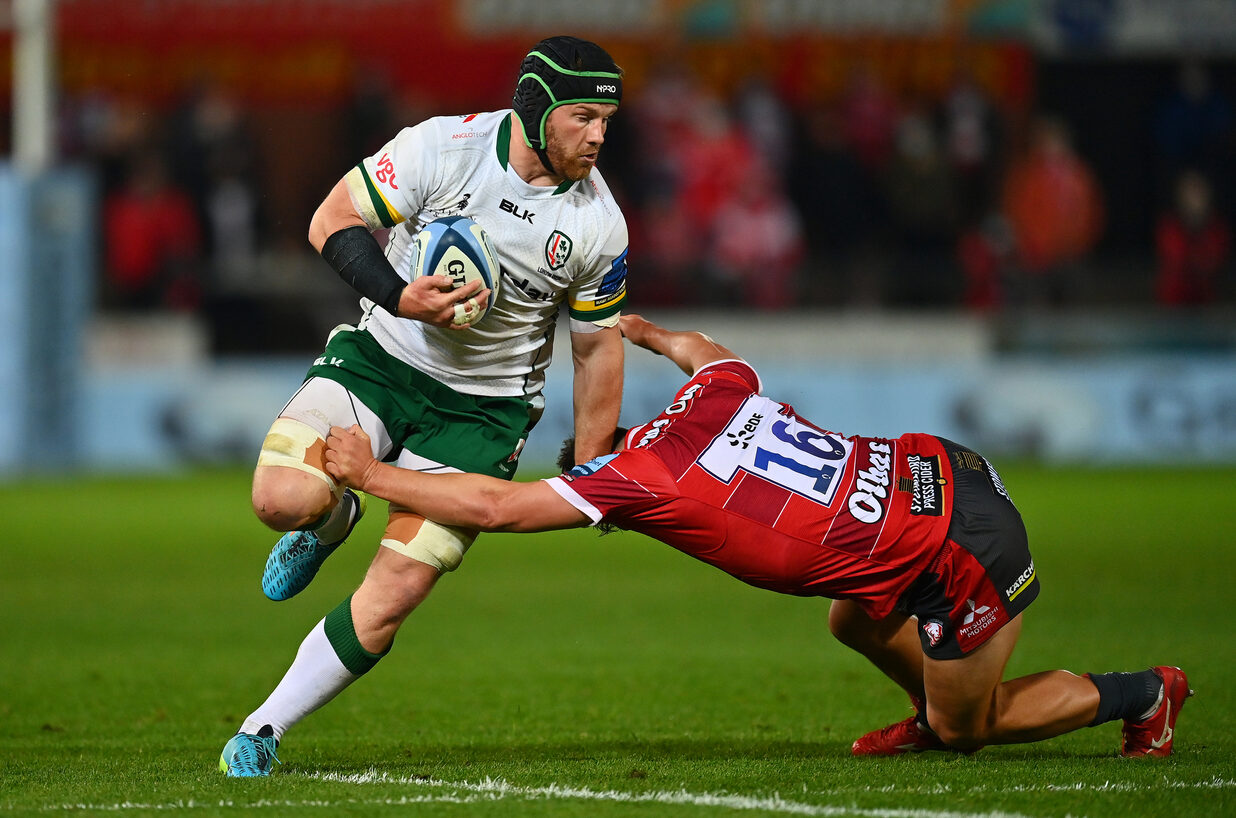 London Irish fell to a last-gasp defeat at Kingsholm on Friday night.

Declan Kidney’s side went down 30-28 in Round 20 of the Gallagher Premiership, with an 80th minute Billy Twelvetrees penalty clinching victory for the hosts.

On a humid evening at Kingsholm, Irish were in the ascendancy from the get-go – a brilliant Paddy Jackson kick into the corner in the first few minutes setting up an Exiles line-out five metres out.

From there, Irish recycled the ball through the phases, setting up Curtis Rona to crash over from close range to hand the visitors a dream start.

But joy soon turned to despair for the Exiles two minutes later, when Ollie Hassell-Collins’ offload was intercepted by Santiago Carreras and – with the freedom of the Irish half – he sprinted clear to dot down in the corner.

Buoyed by that immediate response, Gloucester had their tails up – and they were ahead six minutes later, when a slick move saw Willi Heinz dart over. Twelvetrees added the extras.

Irish, to their credit, bounced back moments later – Jackson kicking a penalty to reduce the deficit to four points on the quarter hour.

It was an enthralling encounter as the half ticked towards its midway point – and it was Irish who scored next.

Will Goodrick-Clarke was in the right place at the right time to drive his way over the try line for a classic forwards’ try, with Jackson kicking the extras, to put the Exiles back in front.

Declan Kidney’s men extended their lead on the half hour mark, when Jackson slotted home another well-struck right-footed penalty to make it 18-12.

The scores were coming thick and fast now – and when Kyle Moyle tricked his way over for the hosts and Twelvetrees kicked the conversion, Gloucester were back in front five minutes before the break.

The Exiles weren’t about to lie down though – and their reward for a fine period of attacking rugby arrived on the stroke of half-time, when Albert Tuisue smashed his way over from close range, and Jackson coolly added a conversion to make it 25-19 to the visitors at the break.

The second half continued to ebb and flow, with Irish making a couple of early changes in an attempt to freshen things up.

Unfortunately for the visitors, a yellow card for Rob Simmons for a high tackle disrupted those plans temporarily – and Gloucester would take immediate advantage, with Louis Rees-Zammit going over in the corner. Twelvetrees’ conversion flew wide.

With Irish restored to their full complement, Jackson was presented with a penalty chance from just inside the Gloucester half on the hour, but on this occasion the chance flew narrowly wide of the right-hand post.

At the other end, Twelvetrees made no mistake from close range on 67 minutes, to edge the hosts in front.

But the visitors would suffer late heartache, with Twelvetrees kicking a penalty of his own with the last play of the match, to seal the narrowest of home wins.