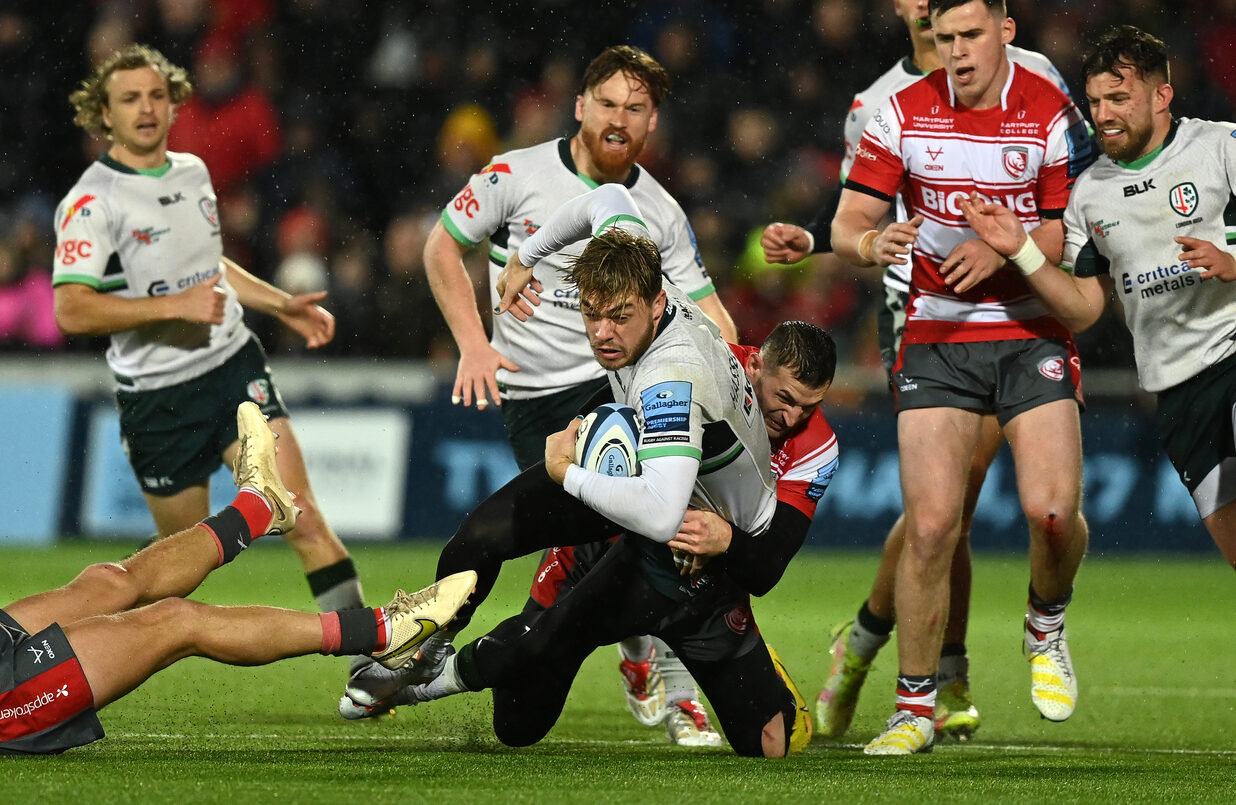 Gloucester Rugby nabbed a high-pressure affair in Round 14 of the Gallagher Premiership against London Irish, concluding 8-6 in favour of the Cherry and Whites.

The match-up in the West Country fraught with tension opened with a Matias Alemanno score in the first quarter, dotting down around the fringes for the only try of an affair characterised by a territorial joust.

Paddy Jackson would open Irish’s account before the first half’s ending, slotting a penalty kick after Gloucester were offside to leave Irish two adrift going into the break.

With Albert Tuisue penalised for a high tackle, Jackson would add another three points with less than ten minutes remaining but his counterpart, Santiago Carreras, would decide the game with a clutch penalty.

Within the first five minutes, Gloucester had the opportunity to enact their preferred avenue to the ty line, a rolling maul, after Irish didn’t roll away at the ruck.

After another further consecutive penalties were conceded by Irish at Gloucester’s catch-and-drive moves, the Cherry and Whites went again but a knock-on afforded some relief.

Whilst Paddy Jackson came close to a 50:22 kick, George Skivington’s men came again after Irish were warned for sealing off the ruck by referee Adam Leal, however an excellent lineout steal from Juan Martín González spared the scoreboard for the time being.

Pressure eventually told however, González’s compatriot Matias Alemanno crossing the whitewash with a short burst into the corner as Santiago Carreras skewed his conversion. 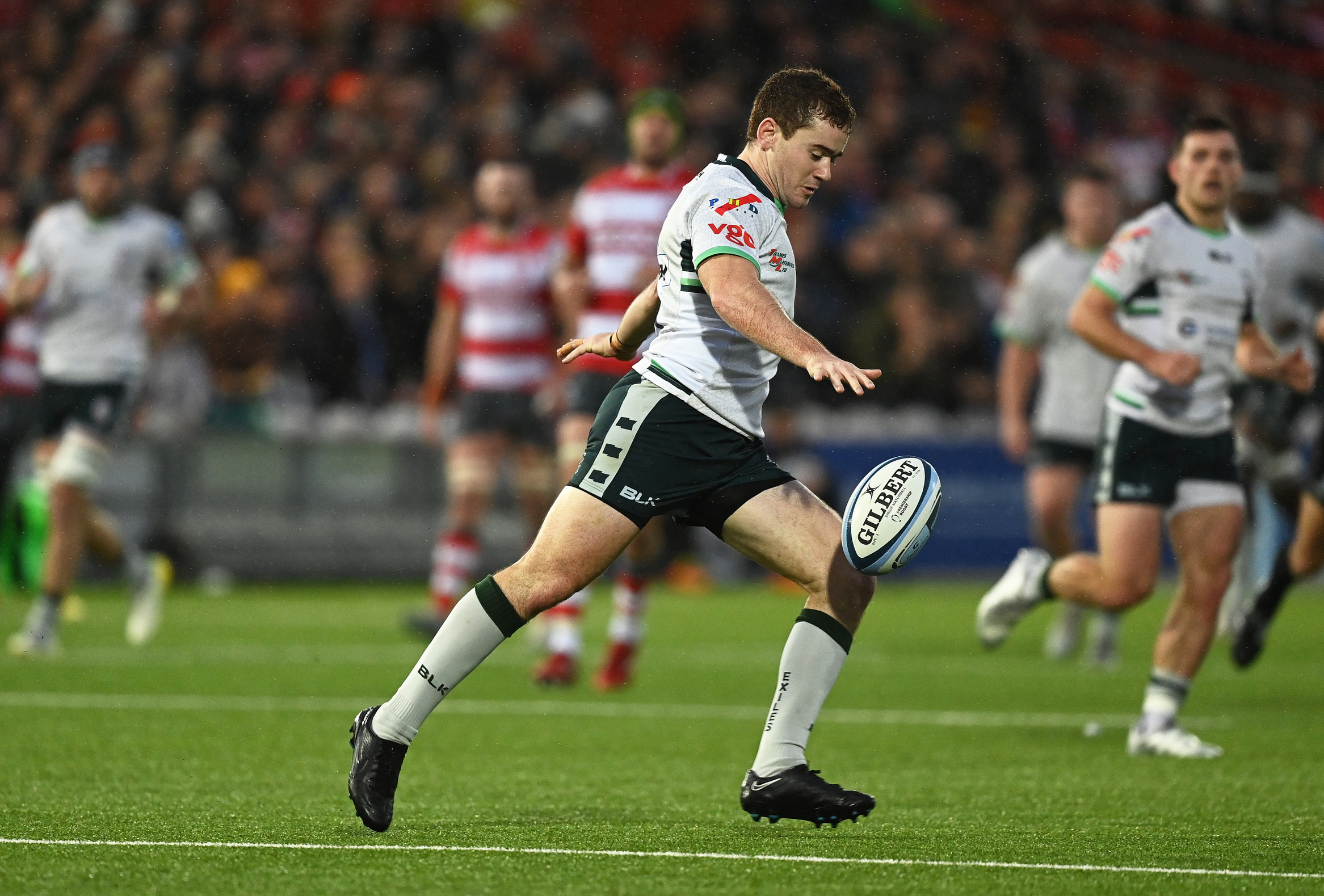 The home outfit looked close to doubling their lead but an infringement at another Gloucester throw in prevented an extension in arrears for the Exiles.

Irish began to threaten into the second quarter, the travelling side poking holes in Gloucester’s rearguard after initial strong line speed from the latter, but after an offside penalty, Jackson split the posts.

When called upon, Irish was resolute in defence at their own whitewash after Gloucester opted for another catch-and-drive chance, and in the phases after, were charged by the officials for hands in the ruck.

On the stroke of half-time, another kick to the corner challenged Irish but Gloucester worked off the maul and through the phases, nevertheless a forced error on the attacking side saw a spill of the ball and Irish went into the sheds two points down.

Upon return to the field, the Cherry and Whites felt the pressure from Irish, good nudges from Ollie Hassell-Collins and Jackson complemented by two Gloucester spills enabling further advancement for the Exiles.

However, a strong scrum from the hosts reversed possession and allowed for their exit.

Double digits for Gloucester looked to be on after a clamour for the ball in the goal area, but after much deliberation from referee Leal and the TMO, they would have to settle for a five-metre put-in.

Excellent scramble defence from the Boys in Green soon followed, tracking the ball back from right to left and once more, the West Country outfit were outdone by a handling error. 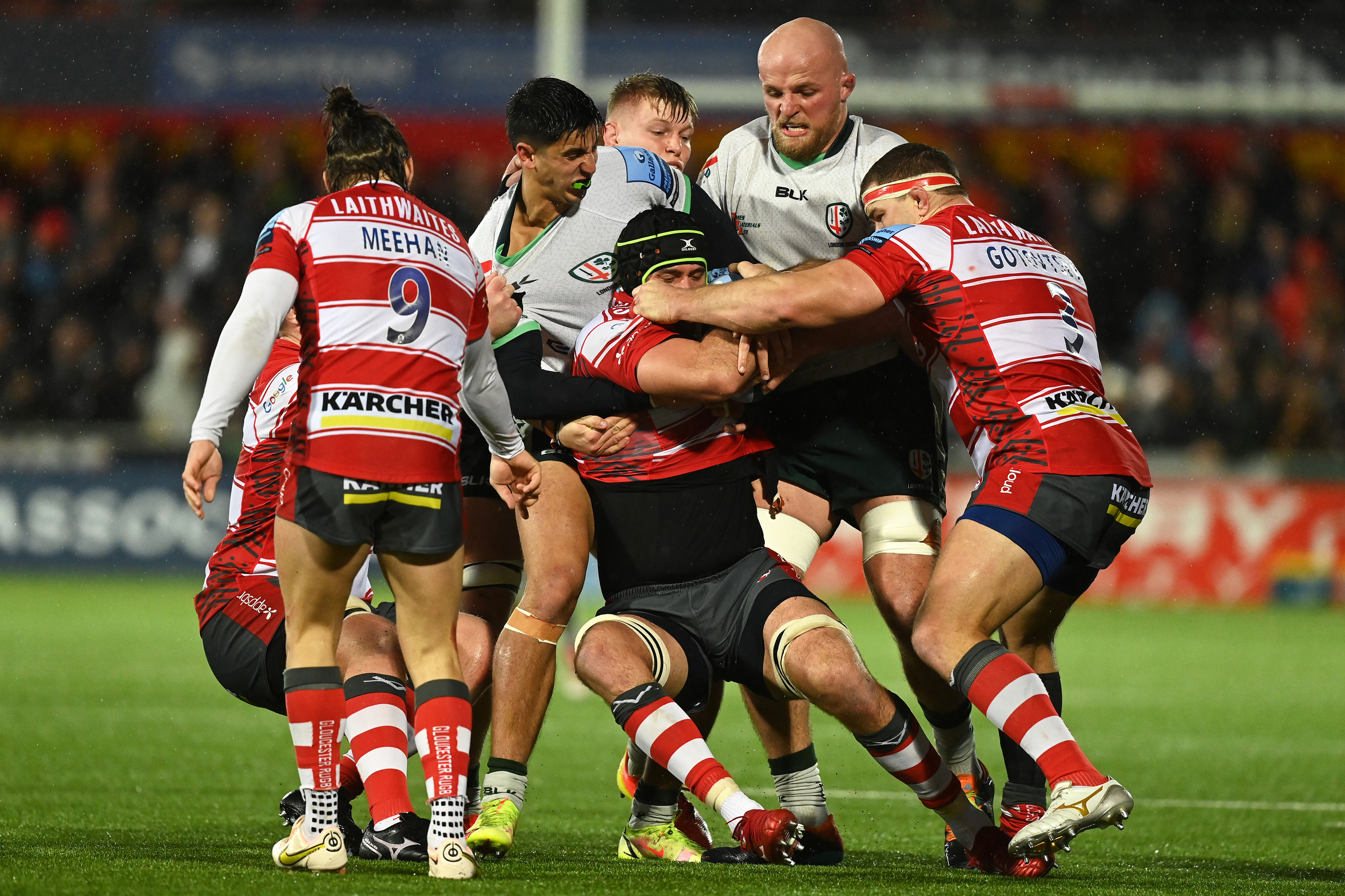 Declan Kidney’s side would continue on without time on the ball, forcing Gloucester to choose from their options but excellent work from Chunya Munga won back the ball in the air at the set-piece.

When Irish came to play, they were met in contact in midfield and their opponents won a maul, but a massive hit from replacement Chandler Cunningham-South in the loose prevented any further advance.

A penetrative run from Lucio Cinti through the heart of Gloucester was brought to a premature end after a knock-on, minutes later replacement and former Exile Albert Tuisue got over the ball to win a turnover for his Club.

In crunch time, Irish won a penalty at the maul after Gloucester went for touch and then again won successive penalties with Gloucester unable to maintain a legal scrum.

Despite a spill with Irish playing through the hands, play was called back to an earlier phase when Benhard Janse van Rensburg was met with a high tackle from Tuisue, who was booked with nine minutes remaining on the clock.

Paddy Jackson elected to go from the tee with a shot from just outside the 22 amidst the raucous home faithful, and the Irishman put his team up by one point.

After an incomplete restart, Irish would have to graft in defence and that they did, replacement Josh Caulfield getting over the ball to jackal the ball and win a penalty.

The home outfit were penalised at the maul and with each penalty came a touch finder that ate into Gloucester territory, but knock ons in the air gave Gloucester back the cards in the game.

After Irish were pinged for not supporting their body weight at the breakdown, Carreras stepped up to the tee to nail a place kick with the clock in the red to inflict heartbreak on Irish.