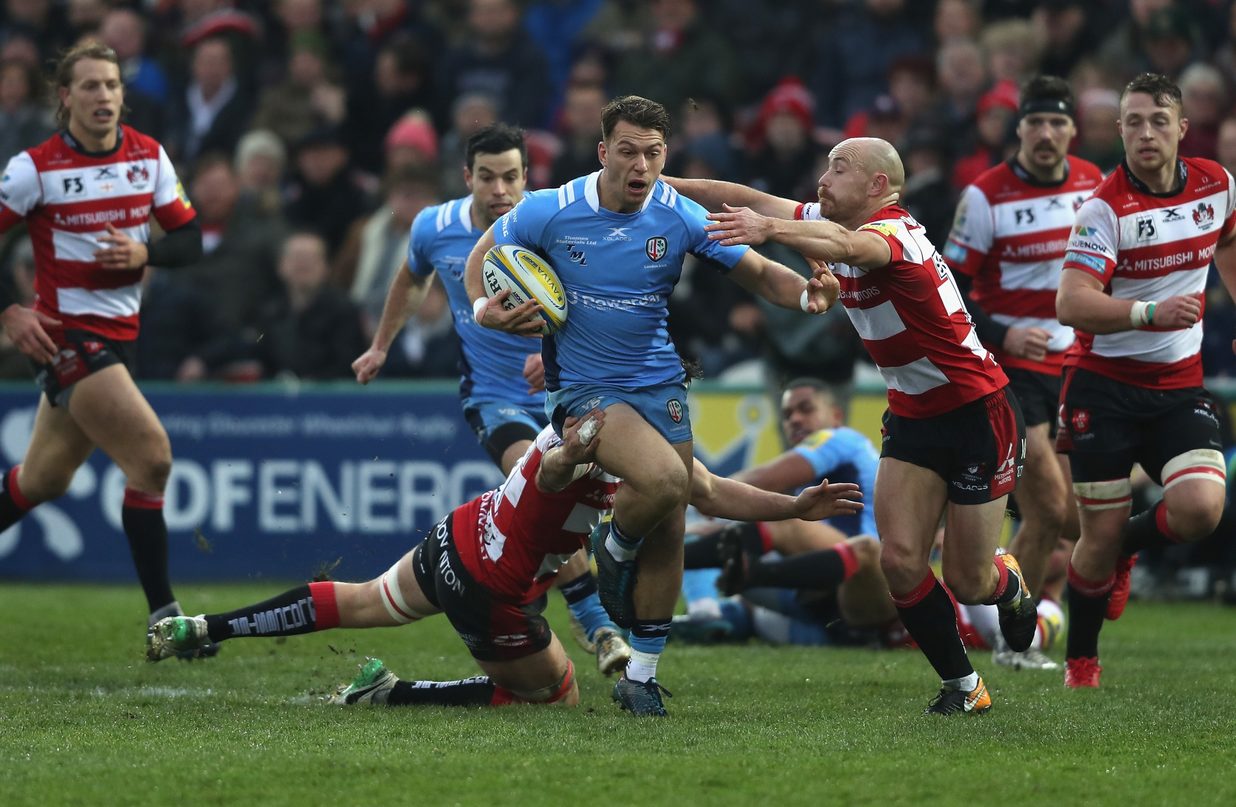 Gloucester Rugby recorded their fifth straight victory with a 39-15 triumph over London Irish in the Aviva Premiership at Kingsholm.

The Cherry and Whites ran in five tries to move themselves into the top four, leaving Irish work to do ahead of their trip to Worcester Warriors in two weeks’ time.

The home side registered their first try of the contest on 12 minutes, Lewis Ludlow taking a suspiciously looking forward pass to scoot in under the posts. Billy Twelvetrees’ simple conversion gave the hosts the early advantage at 7-0.

Irish reduced the deficit to 7-3 two minutes later when Tommy Bell slotted home a 30 metre penalty following an infringement at the breakdown. Joe Cokanasiga was the catalyst for the penalty, his rampaging run and offload to Alex Lewington bamboozled Gloucester’s defensive line to force the penalty.

Two penalties in quick succession from the boot of Twelvetrees increased Gloucester’s lead to 13-3 with 23 minutes on the clock. Irish, not deterred by the early set back rallied and six minutes later Petrus Du Plessis got the visitors back into the game with a try by virtue of a driving lineout. Winning a penalty on the back of period of sustained pressure, Bell elected to punt the ball into the corner and from the resulting lineout, Du Plessis dotted down. Bell was unable to add the extras and Irish trailed 13-8.

The last four minutes of the first half proved to be a turning point, first Burns scythed over for a converted try and then Exiles’ skipper David Paice was shown red for an off the ball incident.

Coming out for the second period a man light, Irish had a real battle on their hands looking to overturn a 20-8 deficit against an inform Gloucester outfit. Within three minutes of the restart, Burns bagged his brace for the afternoon as he punctured a hole in Irish’s defensive line to cross under the sticks. Twelvetrees made it 27-8 with the conversion.

On 55 minutes Jake Polledri’s neat turn of pace yielded the bonus point for Gloucester, the openside fending off a string of Irish defenders to slide over. Twelvetrees added the conversion and the Cherry and Whites led 34-8.

In typical fashion, Nick Kennedy’s men were dripping with endeavour and crossed for their second try of the afternoon through Teofilo Paulo. The Pacific Islander added the final touch to a powerful driving maul to reduce the gap to 34-15.

With 20 minutes to play, Irish went in search of a third score but it was Henry Purdy who chalked up the next try for the home side. He collected an inch perfect cross field kick from the boot of Burns to squeeze in at the corner to end the game 39-15.