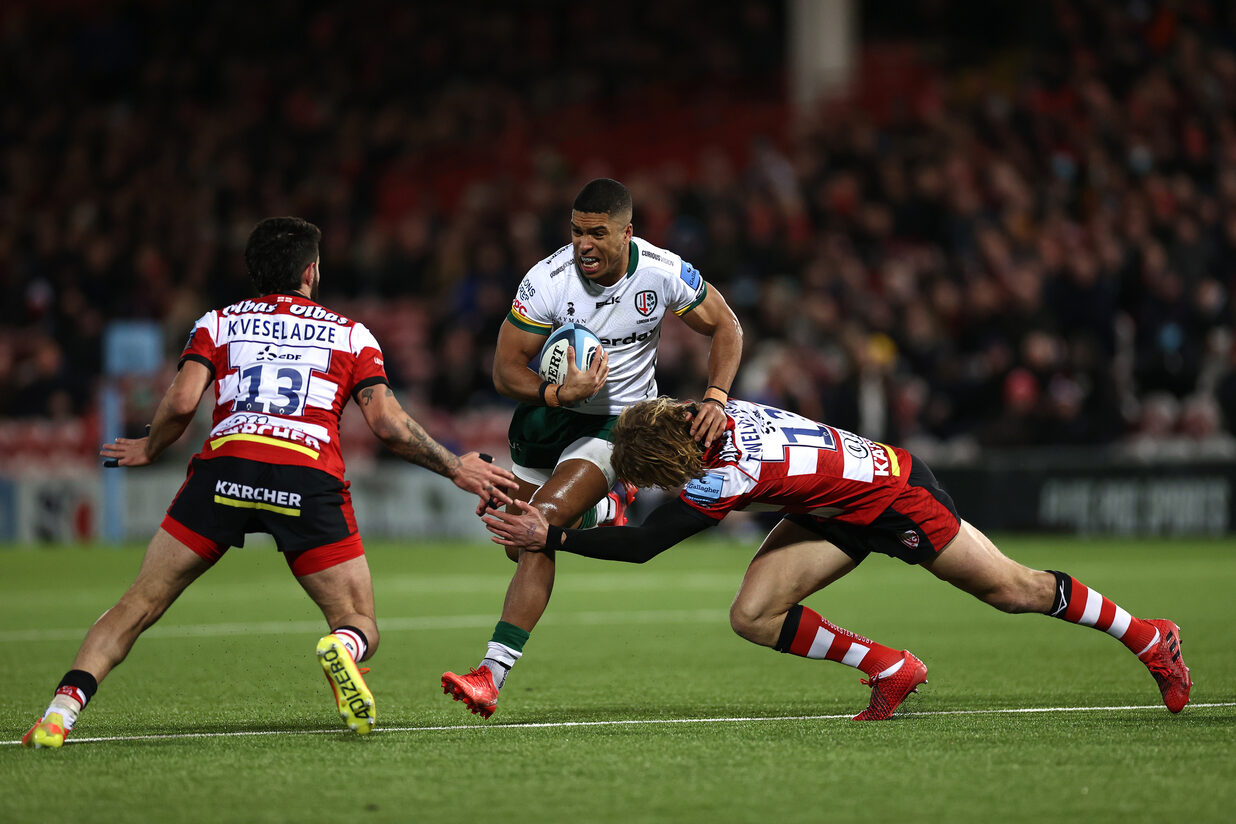 London Irish were beaten in Round 15 of the Gallagher Premiership as Gloucester ran out 24-7 winners at Kingsholm under the Friday Night Lights.

A hearty performance from the Exiles wasn’t quite enough as Gloucester triumphed in front of a home crowd on a bitterly cold February evening.

The first few minutes of the contest saw Irish apply good, attacking pressure inside Gloucester’s 22m. But, with the crowd behind them, the hosts held firm and forced a turnover.

Just two minutes later, Irish found themselves back in Gloucester territory. This time, Matt Rogerson was deemed to be held up over the try line and the hosts were awarded a goal line drop-out to clear their lines.

Despite the opening 15 minutes of pressure coming from London Irish, it was Gloucester that were the first to strike. Ruan Ackermann forced his way over from short range after a strong rolling maul gave him the platform to do so. Lloyd Evans added the conversion and the hosts led 7-0.

The next attacking onslaught again came from the Cherry and Whites. But Irish showed great defensive grit to hold them up over the line.

Although the score line was still close, Irish were fighting to grab a hold of the game. Ollie Hoskins provided a turnover penalty to give Irish valuable respite with under 10 minutes to go in the first half.

With three minutes to go, Irish looked like they were about to go the length of the field for their opening try! James Stokes started the attack with a strong fend before galloping into the Gloucester half. A series of offloads took Irish close to the try line, but the ball spilled forwards to prevent anything further.

Paddy Jackson then stopped what looked a certain try as the clock went red. A superb last-ditched tackle held up a Gloucester attacker over the line. This description doesn’t do it justice!

At the half-time break, it was hard to understand how the scoreline was only 7-0, with both sides having a handful of opportunities to add points to the board.

Like the first half, it was Gloucester who secured the first points of the second. Ollie Thorley went over in the corner after a well-worked move from the Gloucester backs. The conversion was added, and the hosts led 14-0.

It wasn’t the start to the half that Irish needed, but they managed to hit back within minutes. Olly Cracknell slammed over from close range and, after Jackson added the conversion, it was 14-7.

Irish pushed to get the next score as they looked to level the game, but Gloucester’s defence was strong, earning themselves a penalty on their own 5 metre line after some good attacking phases from the Exiles.

Gloucester, to their credit, didn’t sit back on their lead. They continued to press and were rewarded with a simple penalty attempt for Adam Hastings. He knocked the kick over, and Gloucester led 17-7 with just five minutes to play.

With the last play of the match, Gloucester secured their victory with a second Ackerman try. The conversion was successful, and the hosts finished the game as 24-7 victors.