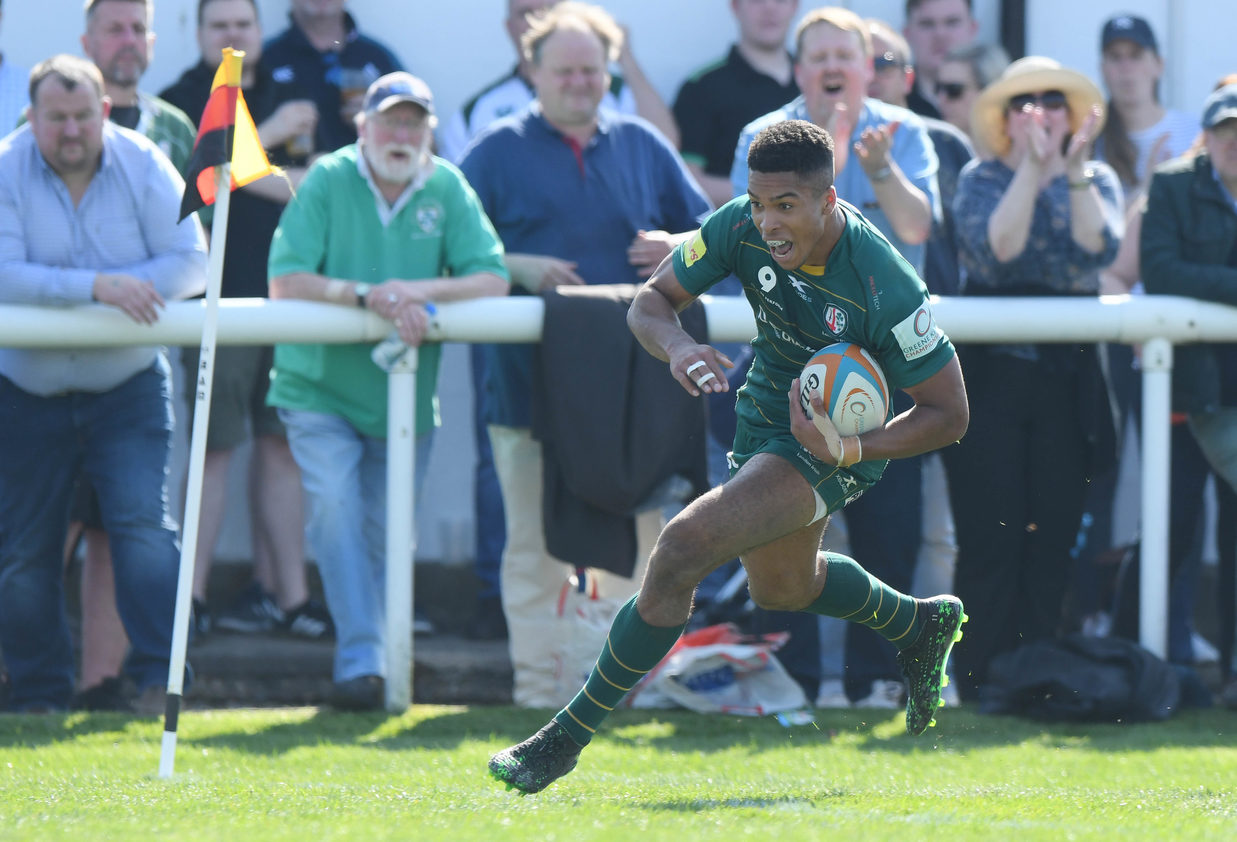 London Irish confirmed the club’s return to the Gallagher Premiership with a comprehensive 7-46 bonus-point victory against Richmond at a sun-drenched Athletic Ground.

The Exiles crossed for eight tries in total, four in the first half and four in the second, to achieve the main objective set out at the start of the season.

It was the hosts however that started the quicker. Irish fumbled the ball in the Richmond 22 which enabled the hosts full-back, Rob Kirby, to kick deep into Irish territory. Richmond’s defensive pressure paid dividends and when Irish knocked the ball on five metres from their own line. Jesse Liston was on hand to dot down for the first try. Kirby converted from out wide to make it 7-0.

The Exiles’ reply was immediate. A Richmond mistake at the kick-off handed Irish possession and after Ben Loader made inroads deep into the Richmond 22, blindside flanker Albert Tuisue received a flat pass from Ben Meehan to power his way over. Ian Keatley’s conversion levelled the score at 7-7.

As the match edged towards the 20-minute mark both sides had opportunities to score. Irish ill-discipline meant Richmond’s number 10 Lewis Dennett could put the ball in the corner. A brilliant defensive line-out read from Franco van der Merwe averted danger.

After Richmond had a period of sustained possession, the Exiles crossed for their second try against the run of play. Keatley sliced his way through the hosts defence running deep into Richmond territory. The Irishman passed inside to Meehan, before the scrum-half passed brilliantly out of the tackle to fellow Australian, Dave Porecki. The hooker showed great composure to again link with Keatley who fired a pass to Ben Loader, with the winger finishing well in the corner.

Loader’s try was followed up five minutes later by a third for the Exiles. It was Meehan with a quick tap that caught the home side off guard and some brilliant hands in the midfield from Terrence Hepetema to centre partner Bryce Campbell, gave the American a stroll in for another seven pointer, leaving the score at 7-19 in Irish’s favour.

The Exiles bonus-point was secured before half-time with Meehan again the instigator. His half-break and perfectly weighted kick was smartly gathered by Loader and the winger crossed for his second. That is how it remained until half time.

It took the Exiles 10 minutes after the break to cross for their fifth try of the match and it was another driving maul effort that has served the side so well this season. TJ Ioane was the man withe ball in his hands as referee Karl Dickson awarded the try in the right corner. Keatley’s conversion narrowly missed, but nevertheless, Declan Kidney’s side held a healthy advantage at 7-29.

The Samoan international was over for his brace minutes later and was a carbon copy of his first score, just this time in the left corner.

Josh McNally had the Athletic Ground crowd on its feet as he showed great pace to run away for Irish’s seventh try. Bryce Campbell switched the ball back inside to the Irish captain and he stormed to the line unopposed. Stephen Myler’s conversion made it 7-41.

Alivereti Veitokani had the final say of the afternoon and was rewarded with a try that his defensive effort for the afternoon deserved.