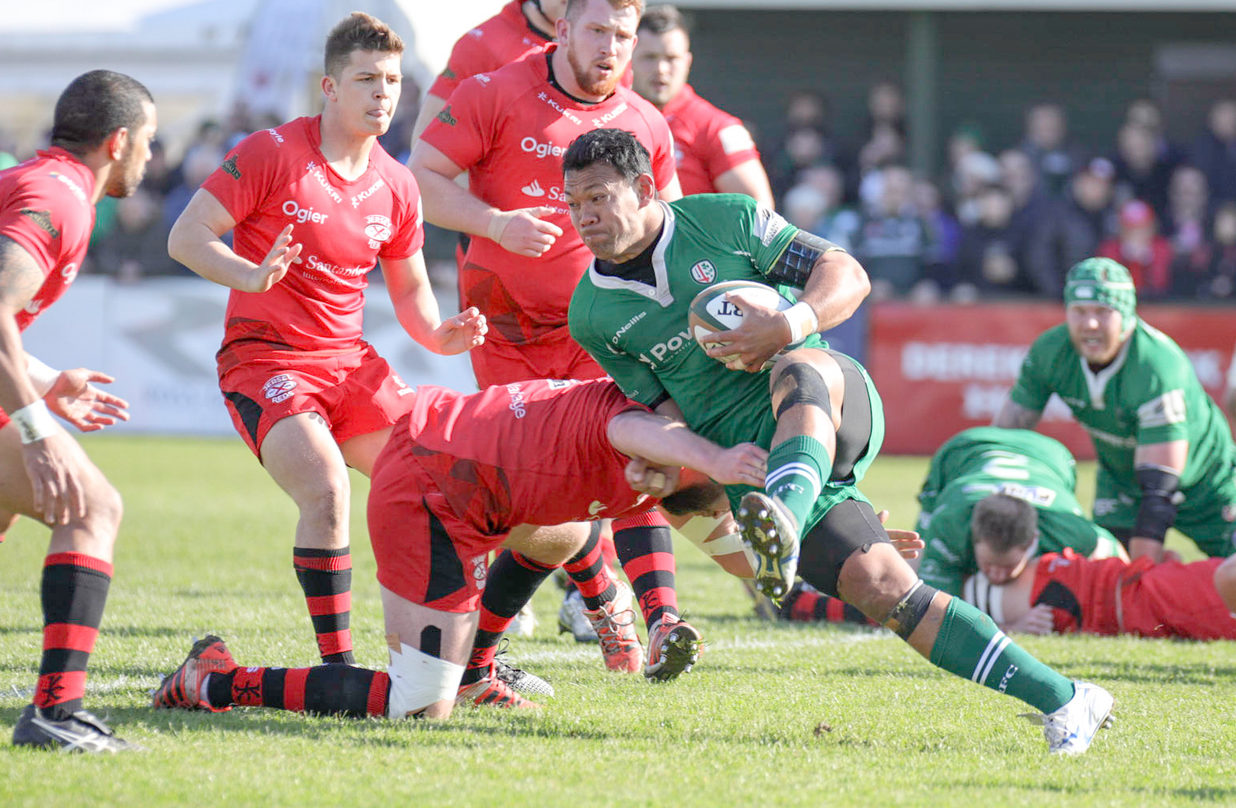 London Irish’s unbeaten run in the Greene King IPA Championship came to an end as they were defeated 15-11 by Jersey Reds at a blustery St Peter.

Gary Graham’s 77th minute try for the Reds sealed a memorable triumph for the Channel Islanders, who are now threatening to break into the top four. Irish looked like they might snatch victory from the jaws of defeat at the death, but the Reds held out for a famous win to the delight of the locals.

Ever since the fixture list was released last summer, there has been a real sense of anticipation amongst the Jersey and Exiles faithful. And with a crowd of more than 3,000 in attendance, including more than 1,000 travelling Irish supporters, the game had certainly captured the imagination of the rugby enthused public.

Moreover, the moment Nick Kennedy and his troops landed at the airport on Friday, Jersey versus London Irish was on everyone’s lips as well as being plastered across billboards, tour guides and the local Evening Post.

A contest which promised so much, the occasion lived up to its weekend billing for those of a neutral persuasion.

Irish opened the scoring as early as the 11th minute when Scott Steele sniped his way to the line following a series of marauding carries from the pack. Theo Brophy Clews, on his return to first team affairs, was unable to master the breezy conditions with the conversion, but the Exiles led 5-0.

Not deterred by the early set-back, Jersey were immediately on the front foot from the restart as they looked to restore parity. Forcing Irish into conceding a string of penalties on their own line, the Reds finally broke the deadlock through winger Nick Scott who scythed in at the corner, despite the desperate efforts of Alex Lewington.

With Irish attacking into the strong wind, the difficult conditions tested the visitors’ resolve and clear-cut chances were at a premium. On 36 minutes Ben Ransom managed to get just enough purchase on his drop-goal to edge the Exiles 8-5 ahead, but a Sheedy penalty on the stroke of half-time meant it was all square going into the break.

The Exiles, with the strong wind behind them in the second period, were back in front on 48 minutes courtesy of a Brophy Clews penalty. However, Irish were prevented from building any momentum as Jersey mounted wave after wave of attacks in the minutes that immediately followed. Penned inside their own 22, Irish’s resilience in defence was put to the test, an examination that they managed to weather until Graham crashed over three minutes from time. Sheedy added the extras to give Jersey a well-earned 15-11 victory.