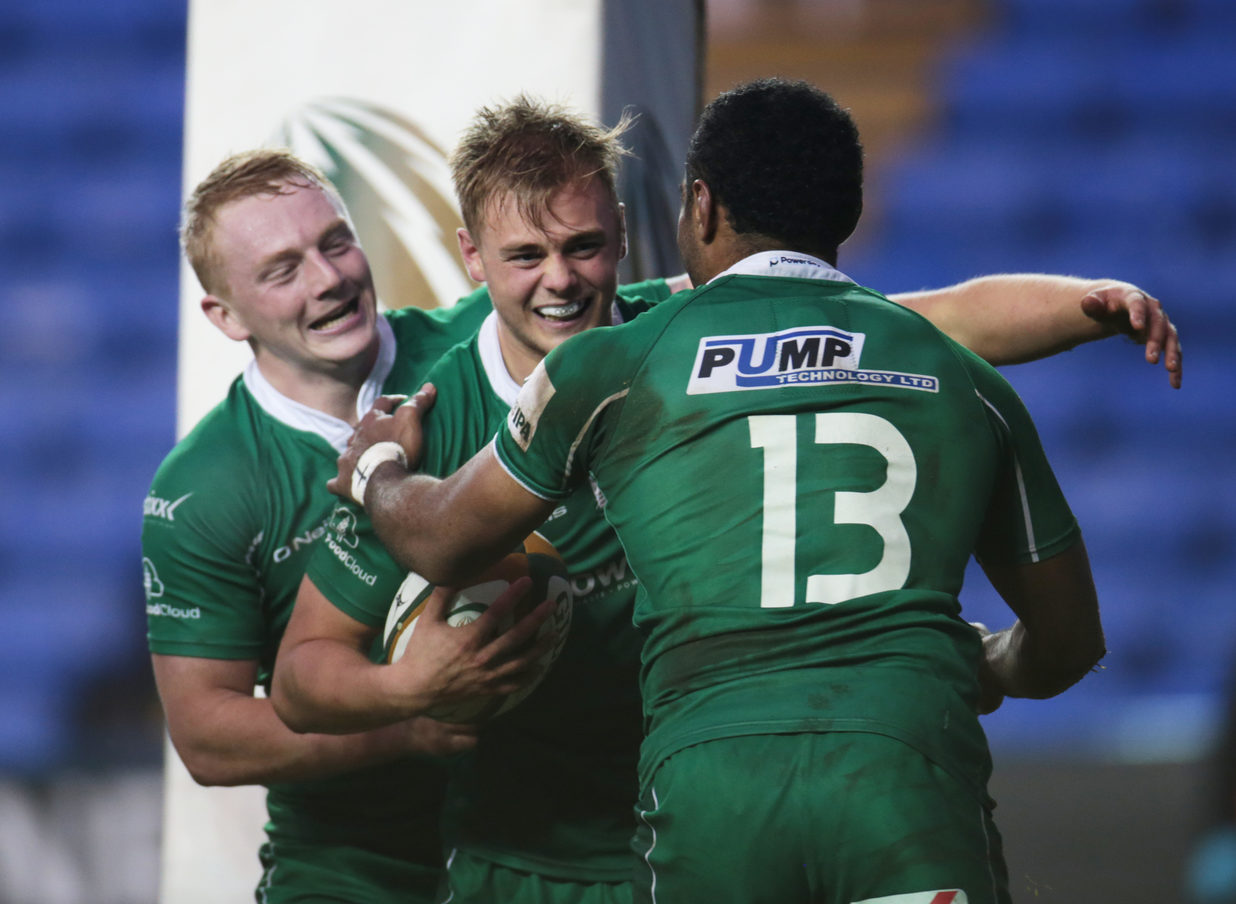 A youthful London Irish outfit, sprinkled with experience ran out 33-24 winners over Cornish Pirates to make it three victories out of three in the British and Irish Cup.

The win not only moved Irish six points clear of the Pirates at the top of Pool 2, but it also made it 14 victories out of 14 for the season as Nick Kennedy’s men continue their record unbeaten run.

Irish travel to Penzance next weekend for the return fixture, a game that will most certainly test their resolve ahead of the return of the Greene King IPA Championship on Christmas Eve.

Full-back Atkins opened up the scoring, Gerard Ellis the catalyst with a marauding carry through the heart of the Pirates’ defensive line. Hauled down just short of the line, the ball was swiftly moved wide to Atkins who chalked up his first career try for Irish. Tonks was unable to add the extras and Irish led 5-0.

The Exiles doubled their tally for the afternoon on 14 minutes when skipper Gilsenan burrowed his way over from close range, just reward for attrtional play from the pack. Tonks’ conversion extended Irish’s lead to 12-0.

Despite making an emphatic start to the contest, Irish’s lead was cut to just two points on 25 minutes by virtue of a Will Cargill penalty coupled with a converted Jack Arnott try. Arnott, who is on a season-long loan from Exeter Chiefs, showed the Irish rearguard a clean pair of heels to latch onto his own kick-through to score.

With the game on a knife edge, Irish regained the initiative by conjuring up a quick-fire double before the interval. First, Nayalo crashed over on the half hour mark and then debutant Porecki crossed on the stroke of half-time. The Australian, a summer recruit from Saracens, made a welcome return to action following a lengthy spell on the sideline through injury. And the hooker was in impressive form throughout the contest to help his side to yet another maximum point win.

The second half took on a rather different outlook as the visitors threatened to undo Irish’s excellent first half display. Closing the gap to 26-17 on 44 minutes thanks to a Cargill intercept try, Irish’s Williams crossed for his first try for the club four minutes later. The promising centre took advantage of a defensive mix-up to slide over under the posts.

To their credit, the Pirates kept the league leaders at bay for the remainder of the match and helped themselves to a further try in the last minute. Arnott plucked a wayward Irish pass out of the air to coast in under the posts and bag his brace for the day. However, it was little more than a consolation as Irish ended the match 33-24 victors.