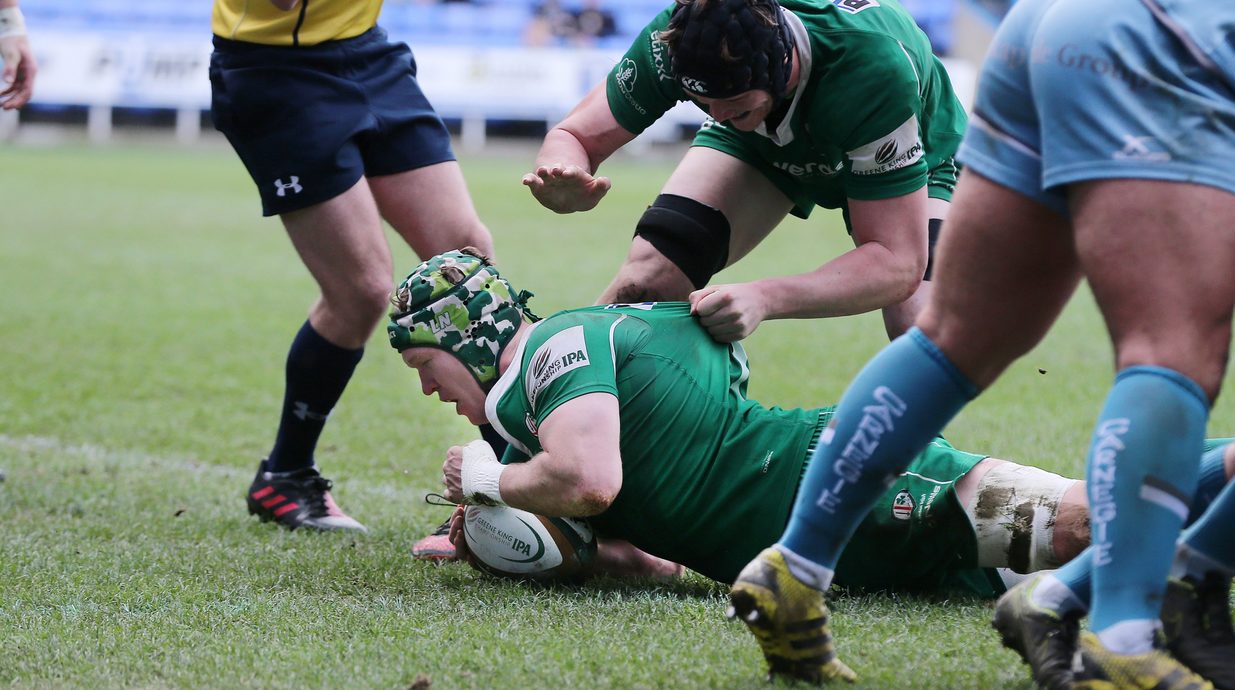 London Irish have set-up a tantalising home semi-final against Jersey Reds after overcoming a strong Yorkshire Carnegie outfit 37-14 in the British and Irish Cup.

With a slender 13-7 lead at the break, Irish kicked on in the second period with tries from Ross Neal, Jebb Sinclair, Topsy Ojo and Matt Williams booking a place in the last four.

After a 10th minute penalty from man-of-the-match Jacob Atkins, skipper Luke Narraway burrowed over from a driving lineout to put the hosts in the ascendancy at 10-0.

Irish went close to increasing their advantage midway through the first half when winger Ojo broke clear down the near side, but his attempted inside pass to Darren Allinson drifted forward.

Withstanding heavy Irish pressure, Carnegie were rewarded for their endeavour in defence thanks to a Josh Bainbridge break-away try. Experienced campaigner Stevie McColl sliced through the heart of the Exiles’ backline, before offloading to the supporting Bainbridge who dotted down under the posts. Warren Seals’ simple conversion cut the gap to 10-7.

With the interval looming, Atkins gave his side some breathing space with his second penalty success of the afternoon to make it 13-7 going into the break.

The opening exchanges of the second period made for compelling viewing, despite a string of handling errors, as both sides looked to seize the initiative. Arguably the next score was crucial, and Irish did just that in the shape of centre Neal who fended off two would-be tacklers to dot down in emphatic fashion. Atkins skewed his conversion wide, but Nick Kennedy’s men led 18-7.

Neal’s try proved decisive and set the platform for Irish to push home their advantage with further scores from Sinclair, Ojo and Williams.

Coming on as a second half replacement for his first appearance of the season following a long injury lay-off, Canadian international Sinclair wasted no time in introducing himself by touching down from the back of a driving lineout. Atkins added the extras to make it 25-7.

From the restart, Carnegie hit back through the influential McColl, with the full-back latching onto Lewis Wilson’s hack downfield to score. Seals’ conversion reduced the deficit to 32-14, but Irish had the last say two minutes from time through Williams. The promising winger pounced on a loose ball close to Carnegie’s line, before side-stepping his marker on his way to crossing in the corner.