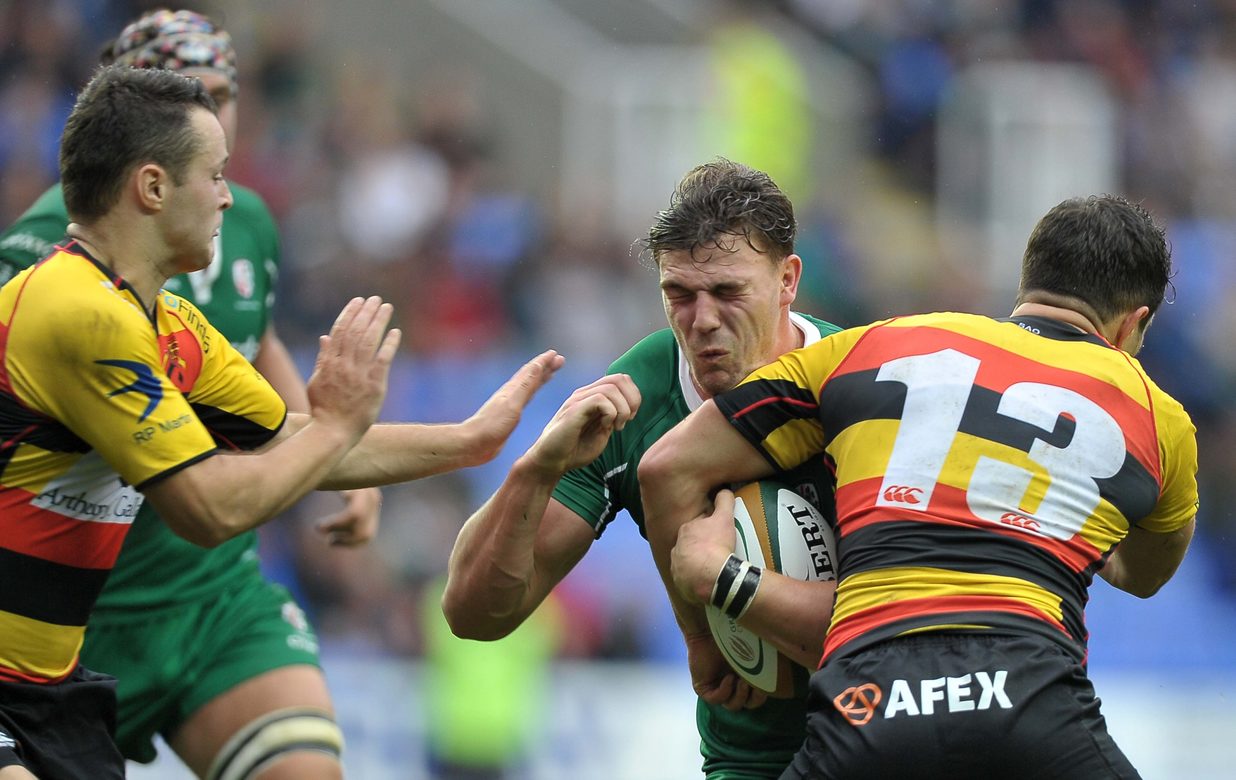 Top of the tree at Christmas, London Irish stretched their winning streak to 16 games in all competitions with a narrow 26-20 victory over Richmond at the Athletic Ground.

However, the league leaders were given food for thought by a resolute and well-drilled Richmond outfit, who showed they are more than capable of climbing the table. Whilst Director of Rugby Nick Kennedy conceded that there was much work to do in the lead up to the New Year’s Eve fixture against Bedford Blues at the Madejski Stadium (kick-off 2pm), the unbeaten run remained intact.

After James Marshall’s penalty had put Irish ahead inside the first two minutes of the contest, Richmond sprang into action and took the lead themselves through centre Cameron Mitchell. A series of missed tackles in Irish’s back division allowed Mitchell room to dip his shoulder and sprint in at the corner to the delight of the home support.

Richmond’s lead lasted all of four minutes however, Blair Cowan dotting down on the overlap following a neat line-break from fly-half Marshall. The New Zealander unleashed Ben Ransom who was hauled down just short of the whitewash, before the ball was swung wide to Cowan for a simple try. Marshall’s conversion drifted wide, but the Exiles had the advantage at 8-5.

Fergus Mulchrone, who celebrated his 30th birthday by inking a new deal this week, crossed on 25 minutes to extend Irish’s lead to 15-5. However, with Irish looking to build on their 10 point lead, the hosts had other ideas and registered their second try of the game on the half hour mark. A driving lineout yielded the score, Jack Allcock flopping over to reduce the deficit to 15-10. Richmond’s resilience throughout the first period was evident for all to see and they went into the break trailing by just two points.

Continuing to press Irish’s rearguard with persistence and determination, Richmond were awarded a penalty for their endeavour on the stroke of half-time, which Kirby duly slotted home.

Irish increased their lead in the first 20 minutes of the second half, Marshall kicking two penalties to make it 21-13, before Sebastian De Chaves burrowed over under a pile of bodies following a dominant rolling maul,

26-13 up, Kennedy’s men went from vying for the bonus-point to hanging on at the death as Richmond’s Henry Cheeseman crashed over for a try five minutes later. Kirby’s conversion made it 26-20 to set-up a tense finale. Richmond threw everything at the Exiles’ defensive line in the last 10 minutes, but Irish stood firm to record their 16th straight victory of the season.