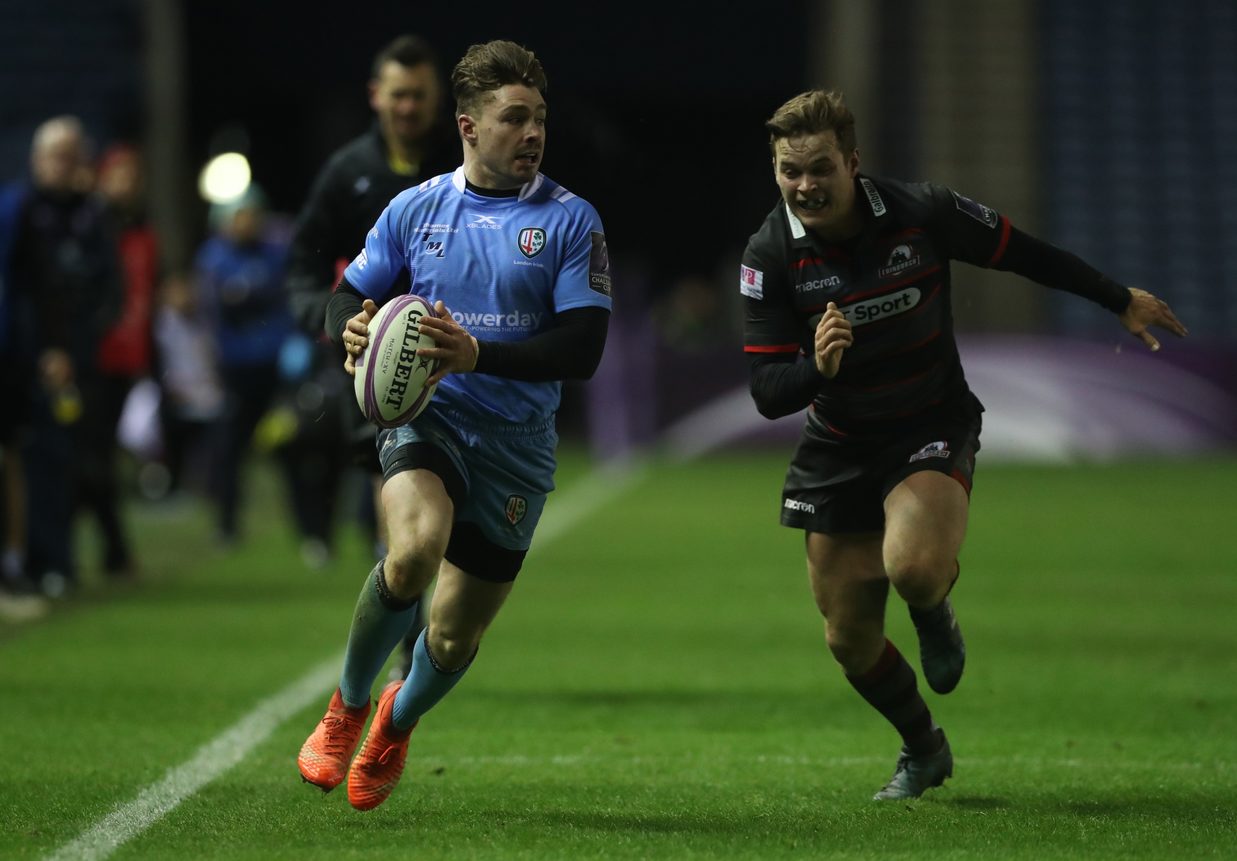 London Irish were unable to back up their victory in Paris, losing 50-20 against Edinburgh at BT Murrayfield in Round 3 of the European Rugby Challenge Cup.

The Pro 14 side ran in eight tries as they cemented their position at the top of Pool 4.

Starting the contest well, a new look Exiles front row of Manasa Saulo, Saia Fainga’a and Scotland international Gordon Reid spearheaded a dominant pack in the early exchanges giving Tommy Bell the chance to put 3 points on the scoreboard with a penalty in the sixth minute.

Trailing 5-3 with 10 minutes on the clock, Irish’s scrum was in fine fettle as they pinned Edinburgh inside their own 22 for a long period. However, the visitors were unable to make their pressure count and the Scots came away unscathed.

On 27 minutes Edinburgh registered their second try of the evening, Blair Kinghorn latching onto his kick through to score despite the best efforts of Greig Tonks.

With Edinburgh looking the more likely to add further scores, Irish hit back with a sucker punch through Ransom. Scooping up a loose ball close to his own try line, Scott Steele was the catalyst for the score. His offload to Tommy Bell set Irish on their way, with Ben Loader’s grubber pounced on by the onrushing Ransom. Tonks’ conversion cut the gap to 12-10.

Edinburgh replied with two quick-fire tries from man of the match Phil Burleigh to make it 26-10 going into the break.

The hosts took 10 minutes of the second half to pick up where they left off, thanks to Sam Hidalgo-Clyne who scrambled his way to the line. Three minutes later, Darcy Graham took a bouncing ball to squeeze in at the corner for Edinburgh’s sixth try of the night.

Nick Kennedy’s men pulled a try back on 57 minutes through former Murrayfield regular Coman, but after Tonks’ yellow card, Edinburgh took advantage to extend their lead to 41-15 courtesy of a Junior Rasolea try.

Ransom’s neat break and offload to Meehan yielded the Exiles’ third try on 79 minutes to reduce the deficit, but Edinburgh rounded off the scoring with a Sean Kennedy try to end the game 50-20 to the Scots.