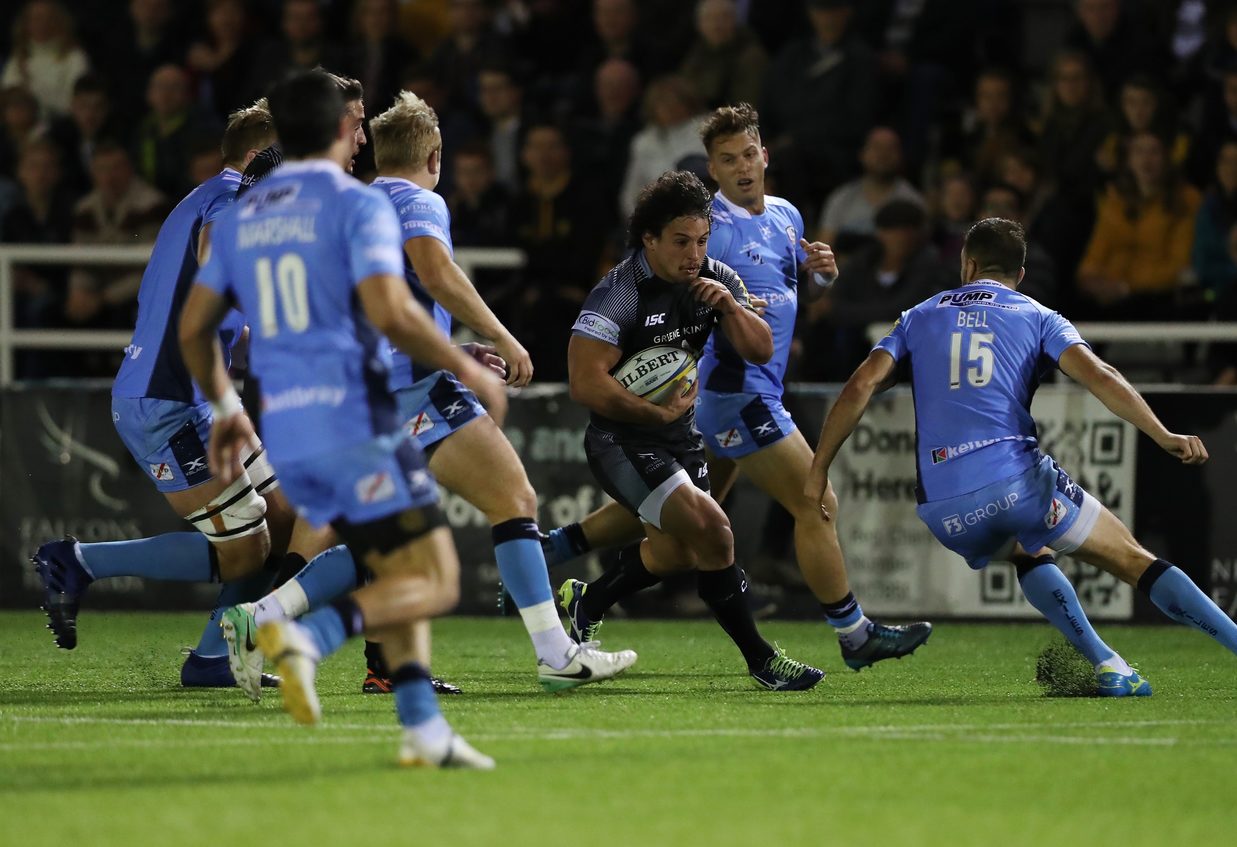 London Irish went close to pulling off a memorable comeback at Newcastle Falcons in the Aviva Premiership, just missing out on a losing bonus point 29-17.

Quick fire tries from Conor Gilsenan and Tom Fowlie set up an enthralling final 10 minutes as Nick Kennedy’s men put themselves in contention.

However, Newcastle battened down the hatches and absorbed heavy Irish pressure to prevent them from returning to the capital with a precious point.

Irish began the contest in positive fashion, taking the game to their north east counterparts in the early exchanges. Tommy Bell slotted home a penalty with three minutes on the clock to give his side a deserved lead after a period of sustained pressure on Newcastle’s try line. The Falcons levelled the score on 14 minutes, Sonatane Takulua’s boot punishing Irish for an infringement at the breakdown.

The Exiles continued to assert themselves on the contest, with barnstorming carries from Ofisa Treviranus and David Paice causing the hosts problems.

Failing to capitalise on a succession of attacking opportunities, Newcastle demonstrated their clinical touch when Argentinian centre Juan Pablo Socino raced in under the posts thanks to Craig Willis’ incisive offload. Takulua made no mistake with the conversion to put Newcastle 10-3 in front.

A minute later Vereniki Goneva crossed for the first of his two tries for the evening with Takulua making it 17-3 with the subsequent conversion.

With the half hour mark looming, Goneva bagged his brace after the TMO deemed that he had sufficiently grounded the ball. Takulua’s radar boot extended Newcastle’s lead to 24-3 going into the break.

Irish came out for the second half in determined mood and were much improved as they looked to find a way back into the game. Alex Lewington almost crossed for a length of the field effort just short of the hour mark, the impressive Goneva hauling him down just short of the line.

The visitors were made to rue this missed chance as skipper Will Welch sealed the bonus point for the northeasterners on the back of a dominant driving lineout.

29-3 down, the Exiles mounted a fight-back and on 67 minutes Gilsenan showed an impressive turn of pace to cross under the posts thanks to an exquisite pass from Lewington.

Two minutes later replacement wing Fowlie barged his way over in the corner on the back of a swift backline move involving Aseli Tikoirotuma and James Marshall. Bell’s sublime conversion reduced the margin to 29-17.

The final 10 minutes made for intriguing viewing and despite a flurry of Irish attacks in the closing stages, Newcastle held on to a 29-17 victory.