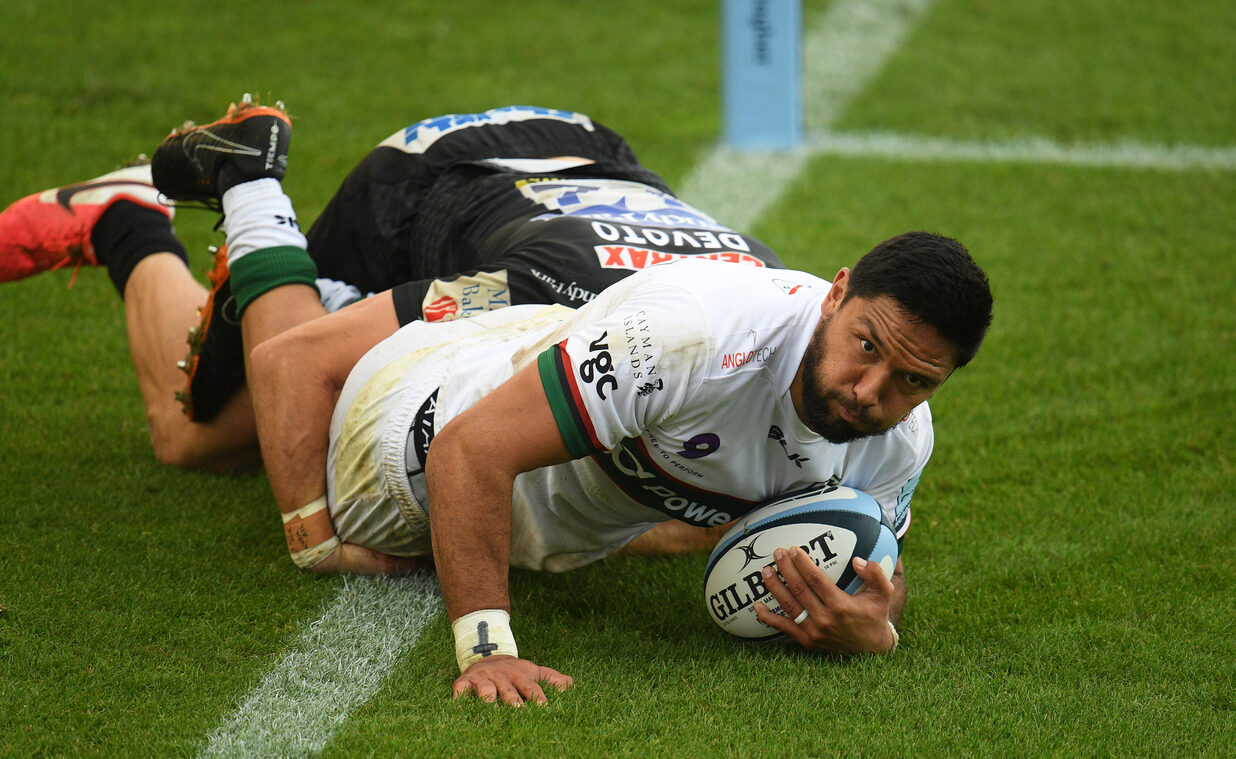 London Irish secure a win on the road against Exeter Chiefs at Sandy Park, with the final score reading 19-22 after an end-to-end contest.

Irish enjoyed a large spell of possession early on in the match and, with three minutes on the clock, Paddy Jackson forced a turnover penalty. From this, the fly-half had a shot at goal, however the long-range effort drifted wide and the hosts cleared from their own 22m.

A clever kick from Tom Homer, whilst under pressure from a rushing Chief’s defence, kept Exeter pinned in their own 22m. Then, after a few series of play, Irish won another penalty, this time from a scrum. Jackson again pointed at the posts, but his effort missed and the scored remained level.

Ollie Hassell-Collins then cut through the Chief’s defensive line, taking play deep into the hosts’ 22m. However, just as Irish looked to make their early possession count, an offload spilled loose and Exeter cleared their lines.

Matt Cornish was the next Irish player to slice through the Exeter defence, but again the final push to get over the tryline from the Exiles was denied and the hosts cleared.

Edging towards 20 minutes on the clock, Exeter were penalised for not rolling away and Jackson pointed to the posts. This time, his effort sailed through the posts and Irish led 0-3.

Four minutes later, Exeter went over for the first try of the match with their first venture into Irish’s half. Will Witty went over from close range for the hosts and, after the missed conversion, Exeter led 5-3.

Just as Exeter looked to be in the ascendancy, Irish hit back. Matt Cornish crashing over after a sublime Ben Loader break. Loader offloaded to Jackson who was brought down just short of the tryline before the ball was recycled and Cornish slammed over. Jackson missed the conversion and Irish took a 5-8 lead.

An end-to-end game then broke out and it was Exeter that were the beneficiaries. Ollie Devoto with a strong carry to get over the Irish line, with Harvey Skinner adding the extras. Exeter then led 12-8.

As Exeter allied more pressure, Curtis Rona sniped an interception and kick-started a foot race with the Chiefs’ scrambling defence. The Australia international picked his line straight to the corner and was not to be denied. Rona slid over to put Irish in the lead. Jackson added the conversion from the touchline and the Exiles led 12-15 at the break.

Irish started the second half strongly and were awarded a penalty for their efforts. Jackson kicked deep into the Chiefs’ 22m, but the lineout move didn’t stick.

Against the run of play, Exeter intercepted in the midfield and went the distance to score under the posts thanks to Tom Hendrickson. Skinner added the extras and Exeter led 19-15.

The visitors then had to soak up some time without the ball as Exeter began to try to push home their advantage. However, Agustin Creevy, who was fresh on the field, forced a turnover penalty to relieve some of the pressure.

The Argentina international Creevy then managed to get himself on the score sheet. The hooker received the ball at the back of a rolling maul, and clambered over the line for Irish’s third of the evening. Jackson’s conversion effort was good, and Irish took a 19-22 led.

Exeter then tried to hit back straight away through their own rolling maul. But a great defensive effort from Irish stopped it in its tracks and gave the visitors a chance to clear.

As the clock ticked over into the red, Exeter piled on the pressure but the resilience from the Irish pack proved too strong as a combination of tackles forced a turnover, with the ref blowing his whistle for full-time.