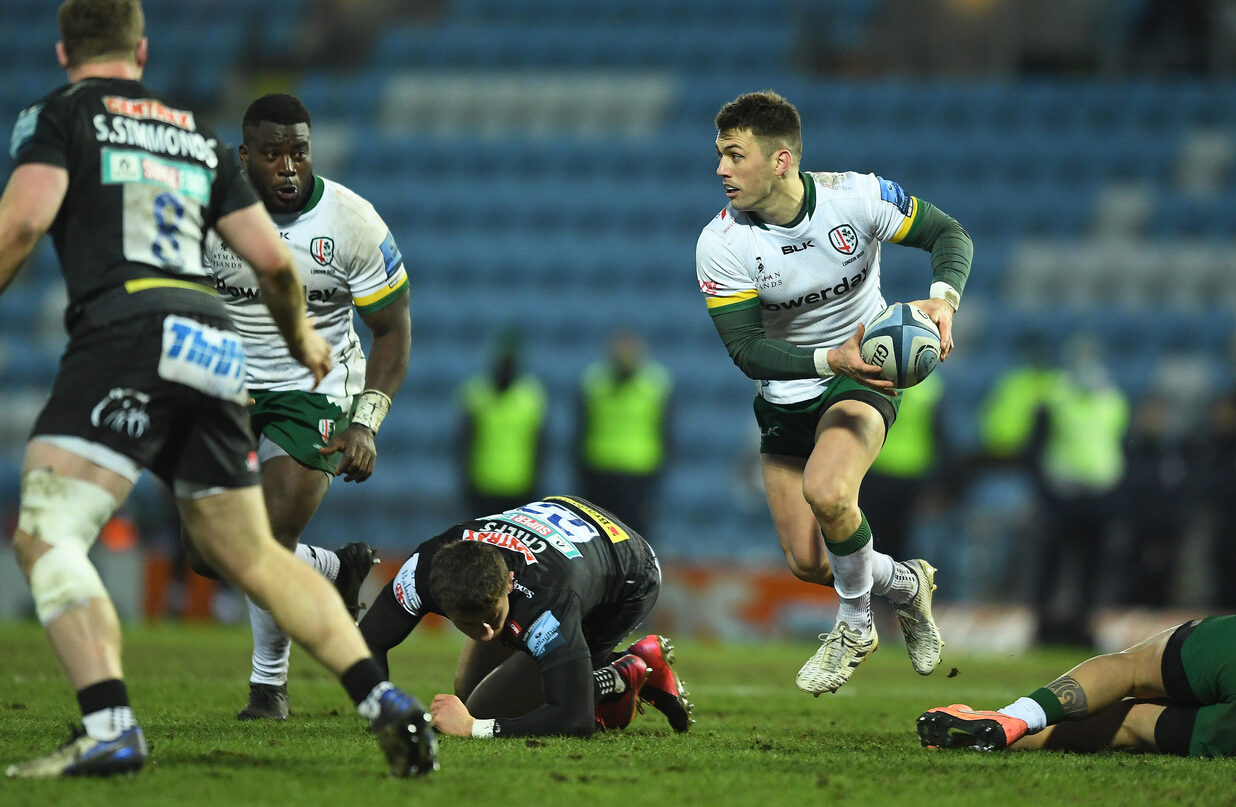 London Irish were defeated 26-3 by reigning champions Exeter Chiefs in Round 9 of the Gallagher Premiership.

It was the hosts that came out of the blocks quickest at a cold and windy Sandy Park. Sam Simmonds forced his way over from close range before his brother Joe Simmonds added the extras, with the Chiefs taking a 7-0 lead with only five minutes on the clock.

10 minutes later, Dave Ewers got Exeter’s second of the day. A rolling maul rushed towards the Irish line and Ewers was the beneficiary. The conversion was successful, and the hosts led 14-0.

Irish cut into the Chiefs’ lead just before the half hour mark. Paddy Jackson’s successful penalty attempt after Exeter strayed offside left the score at 14-3.

The visitors withstood some more pressure from Chiefs before the break but managed to restrict their lead to 14-3 at half-time.

Much like the first half, Exeter were quick to add to the scoreboard. Alex Cuthbert cut a good line to go in under the posts just minutes after the restart. Harvey Skinner added the extra two and the lead was extended to 21-3.

Irish tried to make a dent in the score deficit with ventures into the Exeter 22m, but with 15 minutes to go, were unable to do so.

With nine minutes to go, Motu Matu’u was shown a red card for a high tackle, leaving Irish with 14 men for the remaining few minutes.

Exeter made the extra man count straightaway and went over for their bonus-point through Sam Simmonds. The conversion was missed, but Chiefs led 26-3.