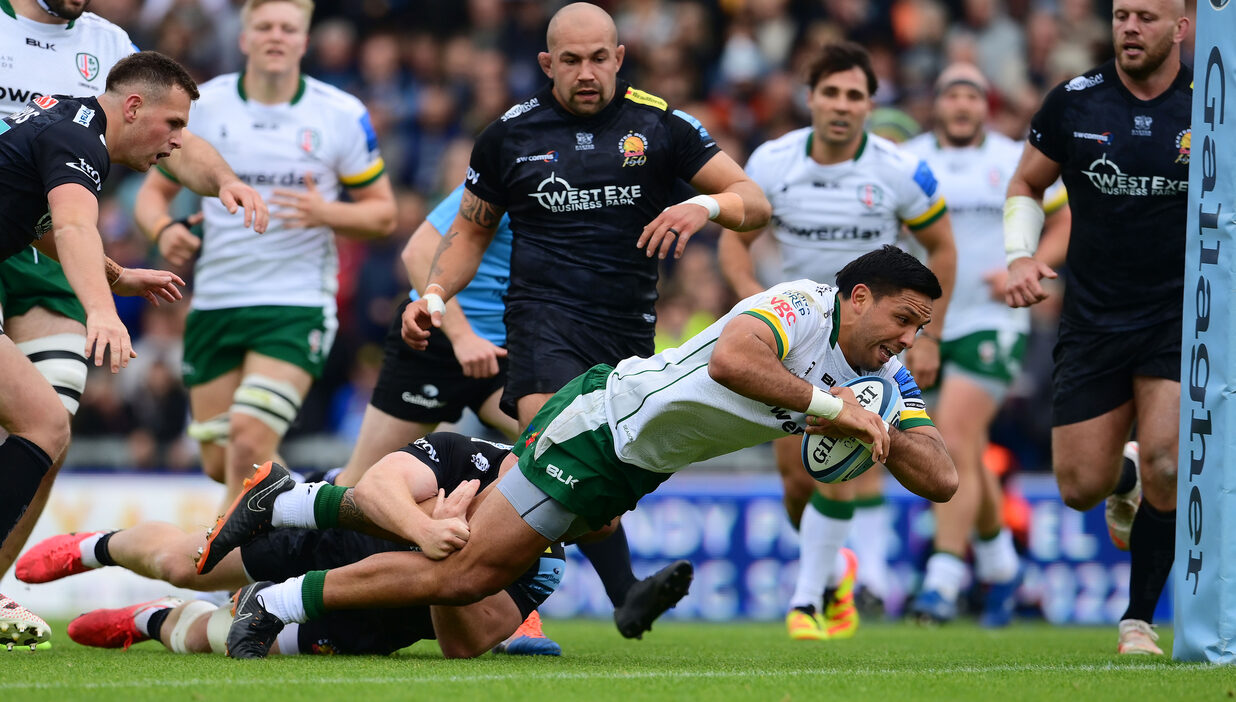 It was Irish that were quickest out of the blocks at Sandy Park. Agustin Creevy took a hard line from short range to power his way over for his fifth try of the campaign. Paddy Jackson added the conversion and before the clock struck five minutes, the visitors led 0-7.

The Sandy Park crowd were silenced again on 10 minutes when Curtis Rona squeezed through a gap and dragged two Exeter defenders over the try line with him. Jackson was again on the money from the kicking tee and Irish led 0-14. Some start!

The hosts showed their attacking threat straight from the restart. Exeter retrieved the ball and set off towards the Exiles’ tryline with some slick hands in their backline. However, much to the crowd’s annoyance, Albert Tuisue got his team a turnover penalty and shut down the attack.

Just past the halfway stage of the first half, Exeter did get their first try of the match. Will Witty crashing over from close range. Joe Simmonds added the conversion to cut Irish’s lead to 7-14.

It only took the hosts another couple of minutes to level the scoreboard, with Stuart Hogg getting on the end of a break to slide over the line. The conversion was successful, and we were back at all square.

Exeter had the wind behind them and the wind in their sails. They peppered away at the Irish tryline, but the defensive effort was strong. The visitors held Sam Simmonds up over the line and gave themselves a chance to clear.

Irish worked their way back into the half through possession of the ball, but the scores remained 14-14 at the break.

Like the first half, it was London Irish who were the first to dent the scoreboard. Fresh from the replacements, Benhard van Rensburg was on the end of a long Nick Phipps’ pass to dot down in the corner. The touchline conversion was missed, but the Exiles regained the lead, 14-19.

The bonus-point try was only around the corner. A quick tap from a penalty was eventually moved to Ben Loader who sliced his way under the Exeter posts. The conversion was added, and the Exiles extended their lead to 14-26.

Just before the hour mark, Exeter thought they had hit back. But the TMO ruled a knock on before the ball was grounded and Irish were let off the hook.

They were let off the hook, and they made the most of it! Ollie Hassell-Collins sprinted down the wing to score Irish’s filth after Rona’s inch-perfect pass. Jackson added the extras and our lead moved to 14-33.

Like the good side that they are, Exeter bounced back again. Jack Nowell slipped a tackle and sprinted 10 metres to score for the hosts. The conversion was added, and the scoreboard was updated to 21-33.

Irish battled out in the closing stages with some phenomenal defensive displays to hold onto the lead and secure an emphatic bonus-point victory in front of a stunned Sandy Park crowd!