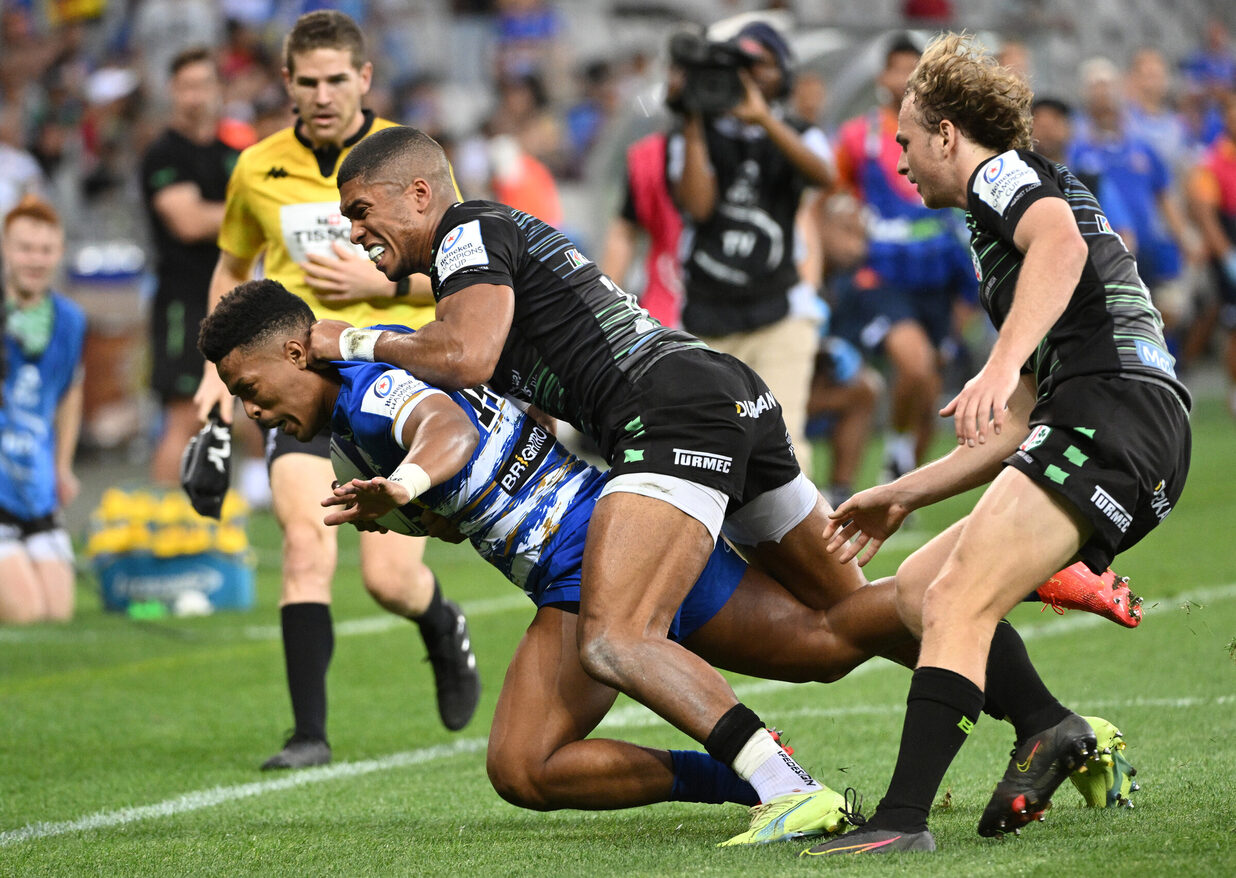 London Irish fell to a 34-14 reverse in their second round Heineken Champions Cup pool stage tie against DHL Stormers in Cape Town.

John Dobson’s men took a 10-0 lead into the break after five points from Manie Libbok’s boot, as well as an opening score from loose forward Willie Engelbrecht in the first phase off a lineout.

The ever-influential Hacjivah Dayimani would bag a try and assist of his own for Stormers, setting up winger Leolin Zas to get in on the act at the DHL Stadium.

A never-say-die approach from Irish saw them cross twice in the second period through Mike Willemse on his homecoming and also Will Joseph, one of many influential cameos off the bench for the Exiles.

It wasn’t Irish’s day in the sun in the Rainbow Nation, two disallowed tries originally scored by Ben White and Joseph once more were offset by the TMO and then by the game’s final try from Junior Pokomela.

The hosts maintained the upper hand from the off, despite falling short at the first set-piece lineout, they won back possession at the put-in and kicked for the corner.

However, with a lineout infringement, pressure on the Exiles was alleviated in the short term with a rangy touch finder from Paddy Jackson.

Stormers would come again, winning the following scum and a brilliant kick to touch from Manie Libbok advanced his side - Willie Engelbrecht then crossing for the game’s first score off the lineout move.

In defence, Irish dealt with another wave of Stormers offence off a blindside move off the scrum, Hacjivah Dayimani finding winger Angelo Davids but Ben Loader met the fellow outside back into touch.

A first scrum penalty win for Declan Kidney’s men saw them go to the corner, and working with the advantage, a sumptuous cross-field punt from Jackson located Lucio Cinti but possession was transferred back with a less accurate kick forward. 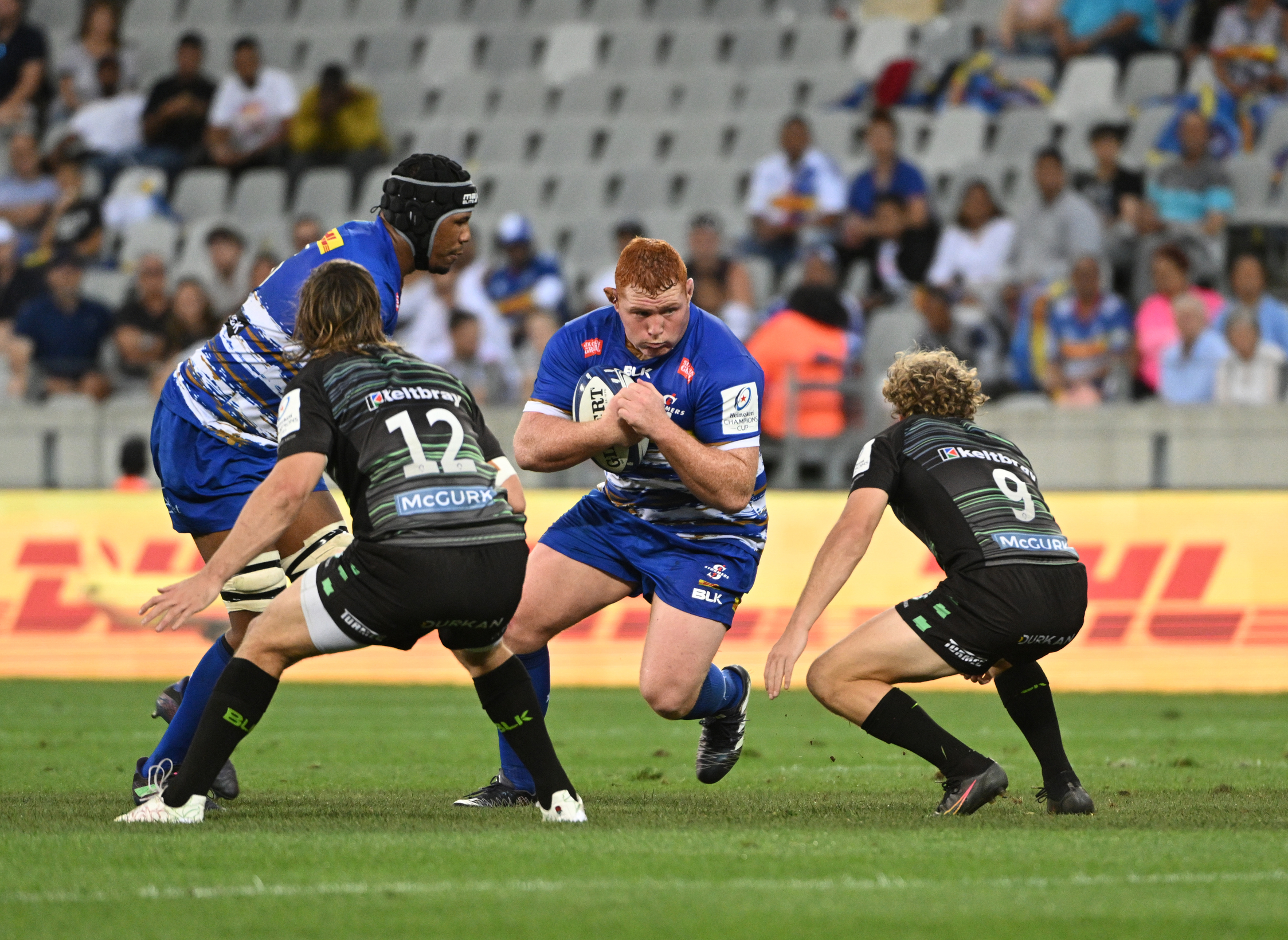 Perhaps Irish’s best chance for a try was a Loader carry off the back of a Benhard Janse van Rensburg pop pass, but in the following breakdown, his side were penalised by referee Pierre Brousset for not releasing.

A quite brilliant flowing sequence for the United Rugby Championship outfit saw lock Salmaan Moerat touch down later on – but it was to be ruled out for a forward pass.

With Stormers’ lineout inconsistent, a complete throw was soon scarpered by being held up by their opposition into a maul, and Irish won their sixth turnover of the ball with half an hour gone.

John Dobson’s side looked for a second score of the half but brilliant defence at the whitewash from the tourists knocked back Stormers, who settled for three points after there was no clear release from the Boys in Green.

After the restart Dayiman would have a clear passage to the try line after an unclaimed Garryowen kick, and with another Libbok conversion, Irish’s opposition sat 17 points to the good.

The DHL Stadium Club travelled from coast to coast for their third try a matter of minutes later, once again the Stormers number eight the instigator with Leolin Zas the finisher this time.

The Exiles were to put something in the scoreboard, gaining multiple penalty advantages and persistently going to the corner through Jackson.

With a first try on South African soil inevitable, it was former Stormer Mike Willemse elected to dot down off the back of a catch and drive maul with the out-half converting. 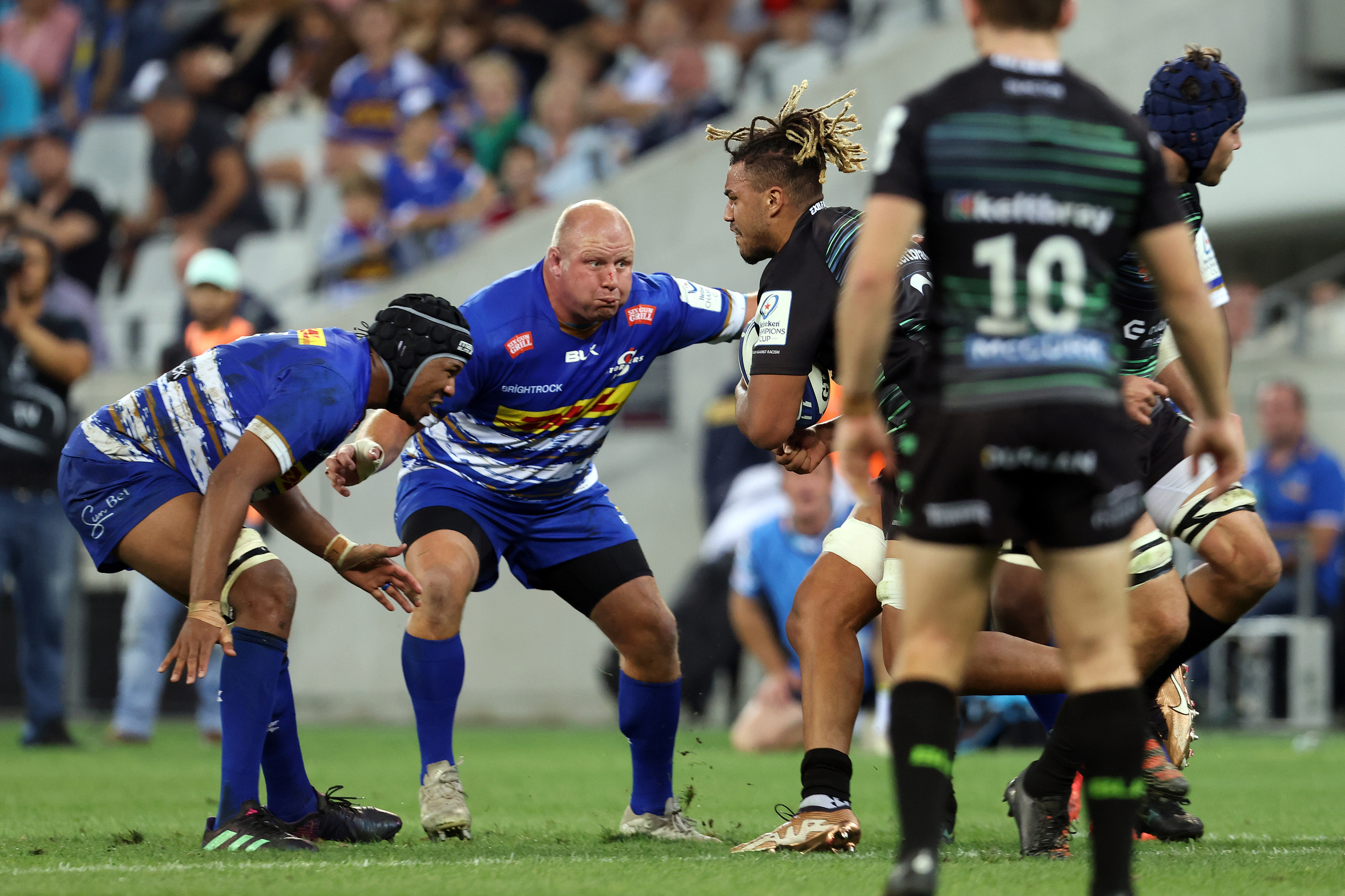 The Irishman’s ingenuity from hand created another chance for an advance from the west Londoners, Ollie Hassell-Collins fielding the kick but a dominant turnover from Damian Willemse halted the travelling side.

The deficit for Kidney’s men was to be extended to 20 points after the team were penalised for going in at the side from a maul, Libbok adding to his haul from the tee.

Another searing Loader linebreak aided in another red zone entry but with nothing doing in the consequent phases, Irish would have to come again, and replacement Ben White would come close.

A brilliant effort from Davids in defence would force a knock-on in the goal area from the scrum-half in an agonising moment for the team.

A switch in emotion would turn upon the introduction of Academy graduate and England international Will Joseph, who would duck, dive and navigate through five Stormers defenders to touch down.

The undying belief in the side was characterised through replacement Chandler Cunningham-South, executing another storming break through the rearguard that would bring Irish back into the opposing half.

Unbelievable hands from the visitors would put Joseph over again on the right flank, but an infringement earlier on in the move denied what would have brought Irish at least on the cusp of taking a point from the tie.

With the resulting penalty, Stormers would camp out in the Irish 22 to close out the game and after several resets and penalties, they would secure their try bonus at the death via Junior Pokomela off a driving maul.