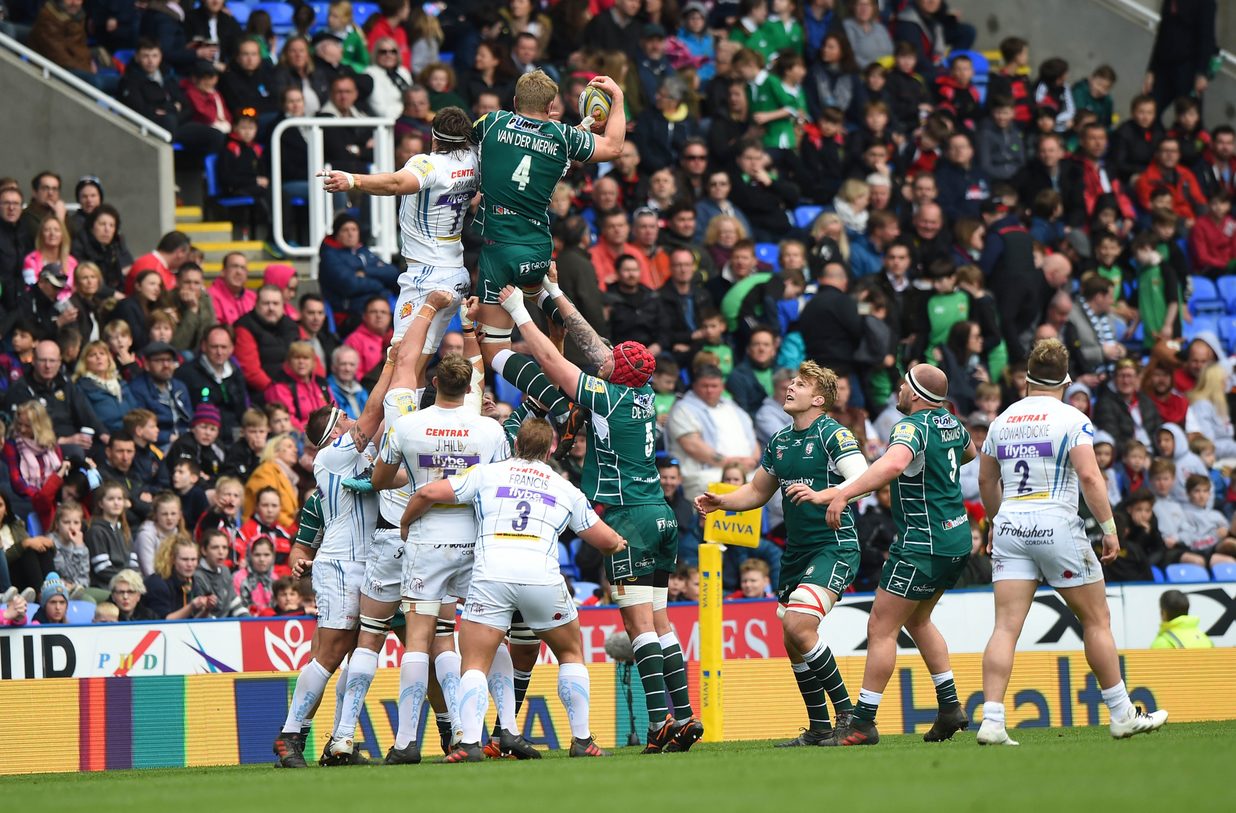 London Irish were unable to back-up last weekend’s impressive bonus point victory over Harlequins, going down 45-5 to table-toppers Exeter Chiefs in the Aviva Premiership on Sunday.

Rob Baxter’s men were a well-oiled machine throughout the contest, running in six tries including a hat-trick from Sam Simmonds as they booked themselves a home semi-final.

Declan Kidney said his side were beaten by the better team on the day, the Exiles not helped by injuries to Max Northcote-Green and Tommy Bell in the first half.

In typical fashion, Irish continued the fight for the full 80 minutes, Joe Cokanasiga muscling his way to the line for the hosts’ solitary score on 53 minutes.

Exeter went ahead as early as the second minute when prop Ben Moon crashed over from close range following a period of sustained pressure on Irish’s try line. Steenson, who kicked eight from eight, added the extras for 7-0.

The men from Devon doubled their tally on 19 minutes, Simmonds getting on the end of a sweeping counter-attacking move within a minute of Piet van Zyl’s crafty scoot that almost breached Exeter’s defensive line.

Exeter made it 21-0 just after the half hour mark, Simmonds bagging his brace on the back of a driving lineout that had Irish’s heavies scrambling. Within a minute of the restart Exeter added to their handsome lead, Steenson electing to kick at goal and seven minutes later Simmonds chalked up his hat-trick to extend Chiefs’ advantage to 31-0.

On 55 minutes Cokanasiga got Irish on the scoreboard with a barnstorming carry that left a string of Chiefs defenders in his wake. Marshall, who assisted Cokanasiga with a neat offload, pulled the conversion wide and Exeter had the upper hand at 35-5.

With the hour mark looming, Exeter ran in their fifth try of the contest by virtue of Mitch Lees and two minutes from time replacement hooker Jack Yeandle burrowed his way over the line. Steenson notched over both conversions to end the game 45-5.