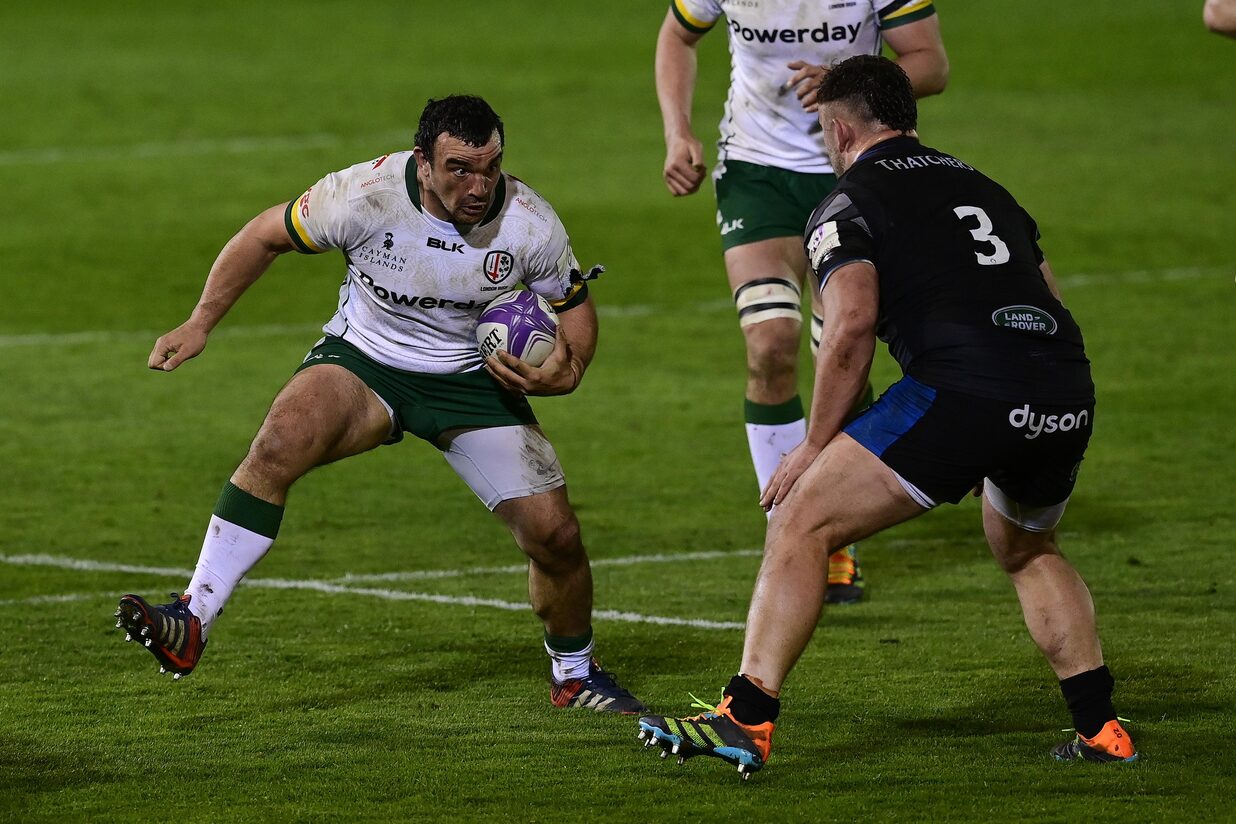 The Exiles were beaten 26-13 at The Rec, as the hosts got revenge for their loss at the Brentford Community Stadium in the Gallagher Premiership a fortnight ago.

The home side signalled their intentions to get off to a fast start from the first whistle. Bath went through various attacking phases, but Irish soaked up the early pressure and, thanks to an Agustin Creevy breakdown penalty, cleared their half.

From that platform, Creevy finished the attacking opportunity that he started, forcing his way over the Bath try line for the opening score. A rolling maul trundled its way towards the in-goal area and the Argentina international pounced at the opportunity. Jackson’s sweetly struck conversion sailed through the posts and Irish led 0-7 after seven minutes.

Bath Rugby reacted well to the early try and went straight down the other end to get a score of their own. Josh McNally crashed over from short range and Ben Spencer added the extras to level the game, all before the 10-minute mark.

Irish looked to their dangerous winger duo of Ollie Hassell-Collins and Ben Loader to drive them back up into Bath’s territory, and they duly delivered. The duo combined to break the defensive line and took the Exiles into the host’s 22m. A high tackle on Matt Rogerson then followed, giving Jackson the chance to kick into the corner. However, Irish couldn’t capitalise from the good field position, knocking the ball on in the resulting rolling maul.

From the turnover, Bath used a clever chip over the top to set up their second try of the evening. After gathering the kick, the hosts moved the ball into the wide channels and scored through Will Stuart. Spencer added the conversion and Bath took a 14-7 lead.

Just after the half hour mark, Bath crossed for their third try. Will Stuart pushed his way over from close range, Spencer missed the extras, and the hosts led 19-7.

On the stroke of half-time, Bath strayed offside and gave the Exiles a shot at the posts with the last play of the half. Paddy Jackson’s attempt was successful, so Bath’s lead was cut to 19-10 at the break.

10 minutes after the break and neither side could add to the scoreboard. Both teams had attacking phases, but defence was the winner in the early stages of the second half.

With 54 minutes on the clock, Bath were held up over the Exiles try line. A flurry of penalties then followed for the home side, but a stellar defensive effort from Irish forced a knock-on.

The clock hit 60 minutes and Irish worked their way into the Bath 22m thanks to a number of breakdown infringements from the hosts. Jackson sent the final penalty into the corner and the Exiles set about edging their way over the Bath try line. With a penalty advantage, Jackson attempted a crossfield kick, but it didn’t come off. From the penalty, Jackson popped it through the posts and reduced the hosts’ led to 19-13.

Bath then fought back, crossing for their fourth try thanks to Zach Mercer. The number 8 was driven over with the line thanks to help from supporting forwards, with Spencer adding the extras and extending the scoreline to 26-13.

Minutes later, Sean O’Brien, who was fresh on the field, got his side a turnover penalty and Jackson sent it into the Bath 5m. The Exiles crashed over the tryline but, the referee deemed the maul to have stopped moving too many times.

Irish continued to ask questions of the Bath backline in the time that remained, but the hosts held firm, to advance to the semi-finals.