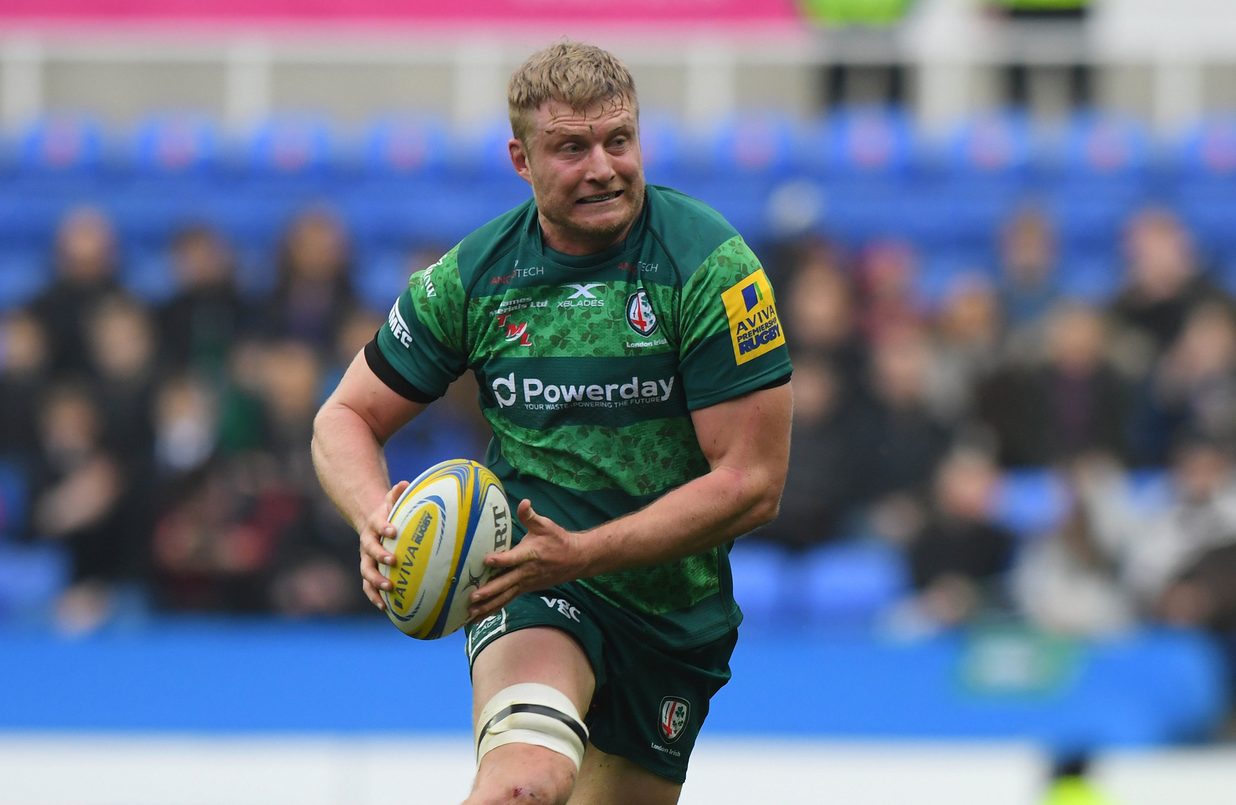 London Irish skipper Franco van der Merwe is relishing this Saturday’s Aviva Premiership clash against Harlequins at The Stoop, the former Springbok international insisting his side will fight to the very end for their top-flight status (kick-off 3pm).

The Exiles closed the gap to within 10 points of Worcester Warriors at the foot of the Aviva Premiership table last week after picking up two bonus points against Gloucester in the annual St Patrick’s Party fixture.

Keen to put more pressure on the Sixways outfit, van der Merwe, 35, said: “We’re still in with a chance of survival and we’re not yet in a position where there is no way we can turn things around.

“For us, this weekend’s game is like a play-off – our fate is a little bit out of our hands, but as long as we are getting results and other teams aren’t picking up points, then we’re still in it.

“We don’t want to look beyond the next game and this Saturday’s game is a massive play-off.”

Irish and Gloucester served up a real humdinger at the Madejski Stadium a fortnight ago, the hosts going agonisingly close to a memorable victory.

Taking the positives from the narrow 33-29 defeat to the Cherry & Whites, Declan Kidney’s first game in charge, van der Merwe added: “We started the game well and we raced into a 17-0 lead early on. I think the guys played really well, but unfortunately Gloucester are a quality side and managed to put 30 points on us without us scoring.

“We managed to come back into the game at the end and we learnt a lot, which hopefully we can take into this weekend’s contest.”

Quins versus London Irish is a mouth-watering fixture on any given day, with both sides locked in some fascinating encounters down the years. Triumphing in the reverse fixture at Twickenham Stadium on the opening weekend, Irish will be looking to make it back to back victories over their rivals.

“Quins is a massive game for us and like us, they have a lot to play for,” said van der Merwe.

“We played very well against them on the opening day and we know that it’s going to be a tough derby this weekend.

“We can certainly take some confidence from the fact that we beat them earlier in the season, but we just have to control what we can control come Saturday afternoon and hopefully the results will go our way.”

With the arrival of Kidney and head coach Les Kiss, van der Merwe has enjoyed working under the duo at the club’s Hazelwood training complex.

“They came in not long before their first game against Gloucester and since they’ve been here it’s been a good few weeks working with them.

“There’s not a lot we can change at this time of the season, and like I’ve said on numerous occasions, we’ve played well in our last two games without getting the result that we wanted.

“The one thing that Declan and Les have been working on is our mentality towards games in terms of managing games better.”